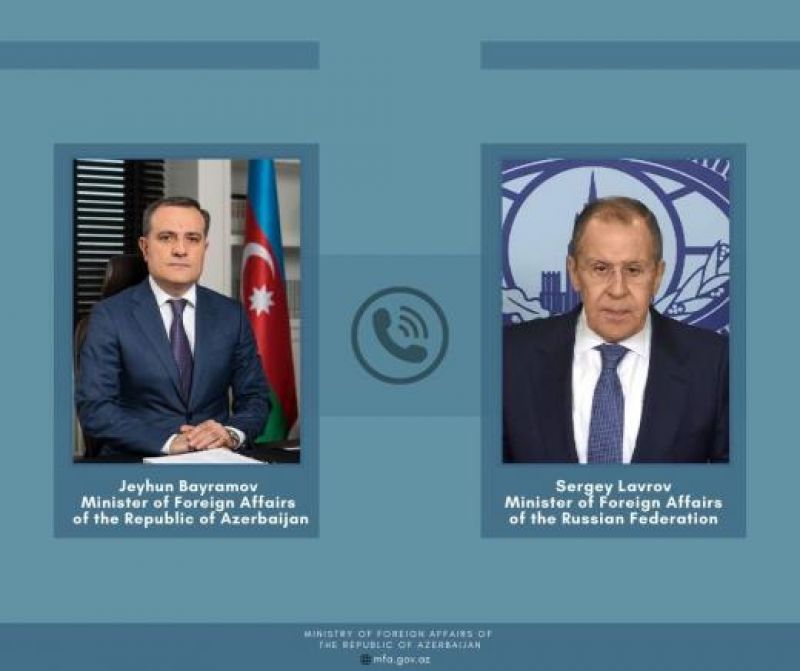 The Ministers of Foreign Affairs of Azerbaijan and Russia Jeyhun Bayramov and Sergey Lavrov had a telephone conversation on February 16, according to Azerbaijan in Focus, reporting Turan News.

“The ministers discussed topical issues on the agenda of bilateral cooperation,” the report says.

Taking into account that this year marks the 30th anniversary of the establishment of diplomatic relations between the two countries, the parties exchanged views on the events to be organized on the occasion of the anniversary date.

The ministers discussed the situation in the South Caucasus, including issues related to the implementation of tripartite statements, and exchanged views on the current situation around Ukraine.

During the telephone conversation, issues of cooperation within the framework of Azerbaijan’s chairmanship in the OSCE Forum for Security Co-operation were discussed.

Recall that the day before, Lavrov discussed the implementation of trilateral agreements with Armenian Foreign Minister Ararat Mirzoyan.