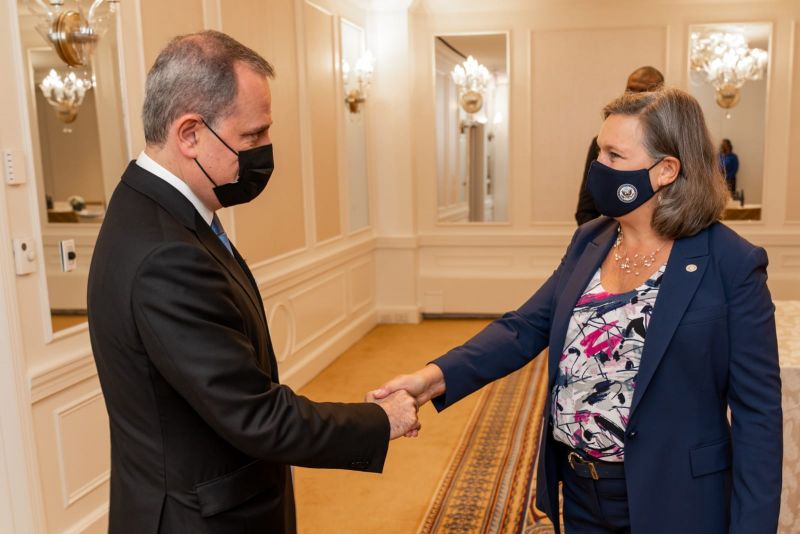 Within the framework of the 76th session of the UN General Assembly, Azerbaijani Foreign Minister Jeyhun Bayramov met with US Deputy Secretary of State for Political Affairs Victoria Nuland on September 21, according to Azerbaijan in Focus, reporting Turan News.

According to the press service of the Azerbaijani Foreign Ministry, the sides exchanged views on regional and international security issues. Pointing up Washington’s cooperation with Azerbaijan in the international peace and security, the US official representative highly appreciated the activities of Azerbaijani peacekeepers in Afghanistan.

The sides touched upon the current security situation in the region and the implementation of the trilateral statement of November 10, 2020. Bayramov noted that Azerbaijan took constructive actions in that process; however, Armenia has not responded with counter steps.

Note that the sides stressed the importance of opening communications and delineating state borders for the future peaceful development of the region.

Besides, issues on the agenda of bilateral cooperation, including in the economic, energy, security, etc., were discussed.

Also, the sides exchanged views on other issues of mutual interest.