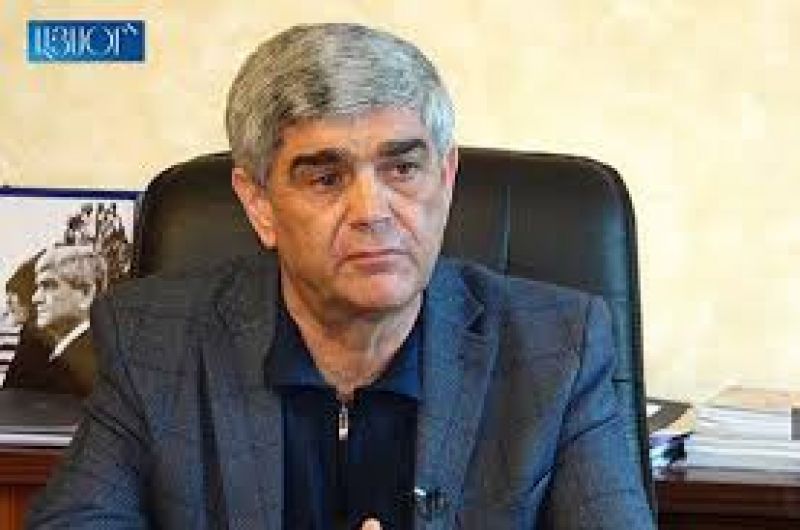 Behind the Processes in Karabakh

Shortly after Vitaly Balasanyan returned to the “Karabakh Security Council” last December, the balance of power and the situation in the separatist camp worsened,  turning into a form of confrontation.  Balasanyan began to make loud statements, claiming leadership in Karabakh. At the same time, he sharply criticizes official Yerevan and the current leader of the Karabakh separatists Arayik Harutyunyan. In particular, Balasanyan stated that the Karabakh armed forces are coming under his control.

In addition, border troops will be created in the near future, and special battalions will appear in the police and the National Security Service.

Finally, Balasanyan promised that part of the territory of the Askeran and Hadrut regions would be returned to the Armenians.

Armenian experts regard Balasanyan’s words as confirmation of the opinion that the security of Karabakh should be ensured not by Yerevan, but by Russia, since Armenia is unable to do this.

At the same time, no one has yet explained how the Armenians can return Hadrut and other territories.

Another significant statement by Balasanyan was the opinion that the trilateral agreement of November 10 was signed not by Karabakh, but by Yerevan, therefore it is not necessary for the Karabakh people to fulfill it.

Yerevan admits that these statements testify to the desire of Balasanyan and his supporters to stake on Russia and pursue an independent policy in relations with Moscow.

Many  people in  Armenia and Karabakh regard the activity of the Russian peacekeepers as Russia’s readiness to take responsibility for the security of Armenians and to ensure its geopolitical interests.

Balasanyan’s statements partially repeat the provisions of the previously discussed draft agreements on a high level of self-government in Nagorno-Karabakh. In particular, Karabakh was asked to have a paramilitary police, but not an army. Another limitation was the rejection of an independent foreign policy, but free foreign trade and economic ties.

However, one should not believe that Balasanyan is ready to accept the condition on the return of Karabakh to Azerbaijan. At the beginning of the Second Karabakh War, he was an active opponent of this idea. Now he and the forces behind him are betting on the idea of a Russian protectorate over Karabakh as a maximum program. The minimum program can be the maximum military and economic presence of Russia in the region. Another loud statement by Balasanyan about the possibility of issuing Russian passports to the Karabakh Armenians can be considered in this aspect.

As for Moscow’s reaction to what is happening, Russia continues to give cause for discontent in Azerbaijan. This is expressed in the expansion of the role and activities of peacekeepers, as well as ignoring of the opinion of Baku. An example of this is the provocative actions of the reporter Semyon Pegov, walking around Karabakh under the protection of peacekeepers and openly calling for the violation of Azerbaijan’s sovereignty.

This is happening despite the appeal of the Prosecutor General’s Office of Azerbaijan to its Russian colleagues in connection with the illegal activities of Pegov and the lawsuit filed against him.

This article originally appeared in Turan Informasiya Agentliyi on 04 Jan 2021.