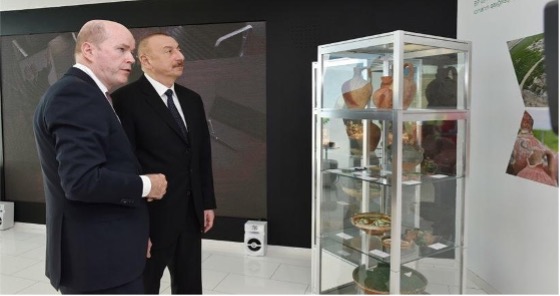 Professor Bettany Hughes is an award-winning historian, author and broadcaster. She has written and presented over 50 TV and radio documentaries for the BBC, National Geographic, Discovery, PBS, Channel 4, Netflix, ITV and the History Channel. Her programmes have been viewed by over 250 million people worldwide.

Professor Hughes travelled to many places in the world, but has never been to Azerbaijan before 2018. Now time has come for one of the next big projects related to Azerbaijan – “the land of fire”, which nourished the ancient world’s oldest theocracy, a Zoroastrian state. Azerbaijan is the first parliamentary republic in the whole East and Islamic world, pioneered an early Muslim-majority democracy in 1918. Bettany’s plan included producing a radio series for BBC Radio 3 about the country’s rich and deep history and culture – from prehistoric times to the present.

To support professor Bettany Hughes’ initiatives, BP CEO Robert Dudley offered the support of the company through the office in Baku. Being in the role of leading BP’s cultural heritage projects, I was delighted to help Bettany on her journey to produce an exciting programme for the BBC, and to promote the history and culture of Azerbaijan.

To start with, I shared some of my publications related to the history and culture of Azerbaijan with Bettany:

It appears that these articles have been an interesting read for Bettany, as in her BBC programme she introduced me to the audience as “a passionate amateur historian and archeologist”. 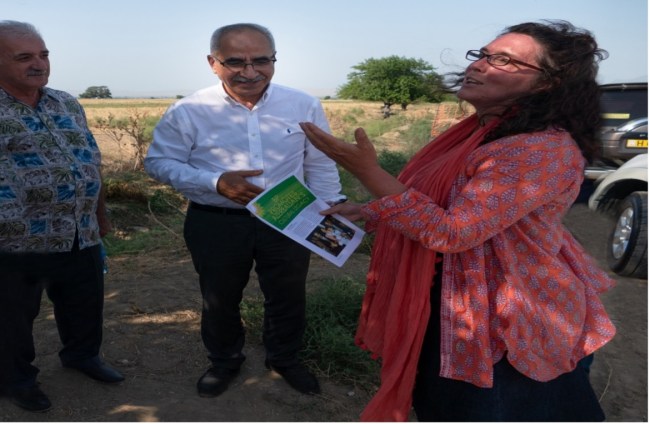 BP is very proud to support Azerbaijan’s rich cultural heritage, as part of the social investment programmes. It is exciting to be working on these programmes, and to be involved in projects such as research and book publications, as well sponsoring documentaries on history, archaeology, literature and music. One of the recent examples includes a publication, titled, “Mysterious Tales of Tabriz”, which traces the fundamental stages in the evolution of medieval Azerbaijani miniature painting, dating back to the Middle Ages. The rich legacy of these paintings is exhibited in numerous museums and private collections around the world. This book has been presented as a token of appreciation to VIPs during international events and meetings, such as Holy Father Pope Francis, President of Italy Sergio Mattarella, President of Greece Karolos Papulyas, Prime Minister of Andorra Xavier Espot Zamora, Nobel prize winner Kailash Satyarthi, OPEC Secretary General Mohammad Barkindo and many others.

In her BBC programme, Bettany’s investigation of Azerbaijan’s cultural heritage begins in the foothills of the Caucasus Mountains, with visits to several archaeological sites, trying to reanimate the history of the country that has been at the forefront of the development of civilizations and to the key player in present day geopolitics. She discovered the landscapes of Azerbaijan, the centre of ancient trade on the Silk Road, inspired the poetry of the greatest romantic epic poet of the 12 century Nizami Ganjavi. 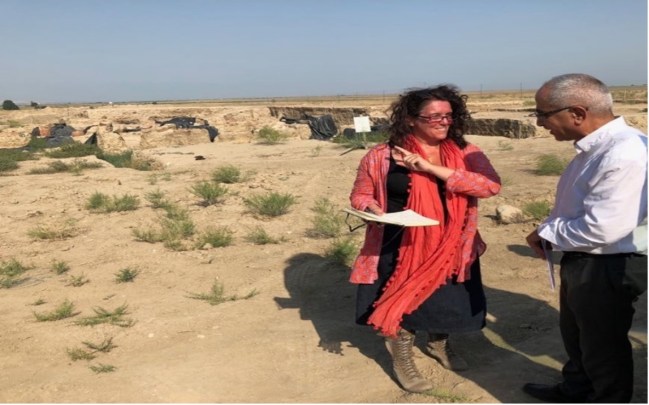 It was a great pleasure for me to arrange Bettany Hughes’ trip to the Kerpijlitepe archaeological site, – a “fortress” type monument dating back to the 10-13th centuries that BP discovered during construction of the South Caucasus Pipeline Expansion project.

At the SGC Ministerial meeting in Baku on February 2019, BP AGT Regional President Gary Jones also briefed the international audience about this archeological discovery: “… our archaeological excavations unearthed a fortress believed to be part of a medieval settlement in the Goranboy district of Azerbaijan. The discovery was recognised as a significant piece of cultural heritage extending back to humanity’s earliest history. When I visited the site together with the Minister of Culture Mr. Garayev I was taken aback by both the scale and quality of the find. To preserve this valuable cultural heritage, we re-routed the pipeline to ensure that we keep the discovery for the future generations”. 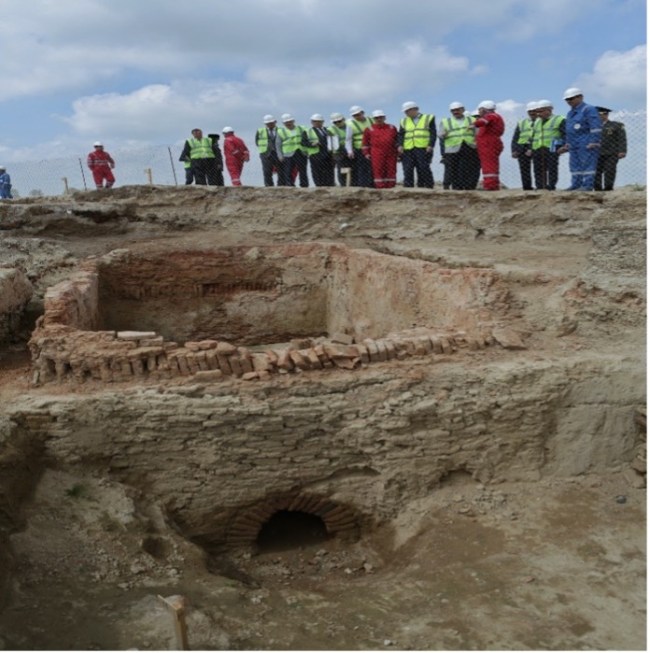 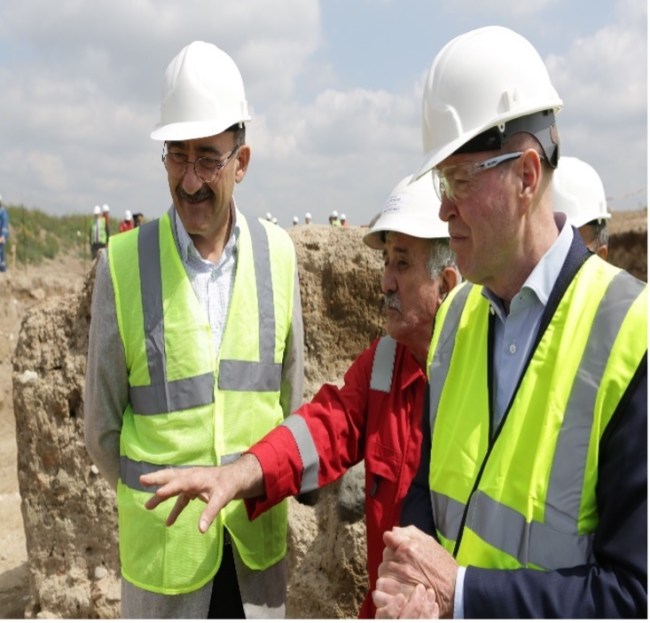 The artifacts discovered at the Kerpijlitepe archeological site were also displayed at the BP exhibition stand during the International Caspian Oil Show in May 2019 and BP’s Gary Jones presented the findings from the site to President of Azerbaijan Ilham Aliyev along with updates of oil and gas developments of the company in the region.

The Kerpijlitepe archeological site locates close to Ganja city – the birthplace of the world-renowned Azerbaijani poet Nizami Ganjavi, which was featured in Bettany’s BBC programme.

On her journey across Azerbaijan, Bettany Hughes also paid a visit to the Sangachal Terminal on her route to the Gobustan, a UNESCO listed World Heritage Site. Gobustan has an outstanding universal value for its rock art engravings. It has substantial evidence of collection of rock art images that presents hunting, fauna, flora and lifestyles in pre-historic times.

At Sangachal, Bettany’s crew created a background sound to her talking about the ancient history of oil in Azerbaijan at a modern terminal. The terminal is Azerbaijan’s the most important strategic asset: the biggest BP-operated hydrocarbon live onshore facility worldwide. Here we host high-level delegations from all over the world and I have been privileged to accompany world leaders’ visits to Sangachal, showing the terminal facilities and briefing them about our long-term oil and gas development options which serve in deepening the Azerbaijan-EU cooperation and creating a new energy map of Europe.

I had taken the opportunity of Bettany’s visit to introduce her to another world-renowned figure – my good old friend Reza – a French photojournalist of Azerbaijani origin, who is also an Explorer of National Geographic. He happened to be in Baku, having an outdoor exhibition in Heydar Aliyev Centre at the time. A great piece of Bettany’s programme promoting the region’s cultural heritage refers to Reza’s experience in Azerbaijan.

Reza has been BP’s cultural Ambassador during the BP-supported events in Washington D.C – the US-Azerbaijan Convention and in the House of Lords in London – the Azerbaijan-UK Energy Cooperation in 2014, representing BP’s profound respect and recognition for Azerbaijan’s deep-rooted cultural traditions displayed in his photo exhibitions. 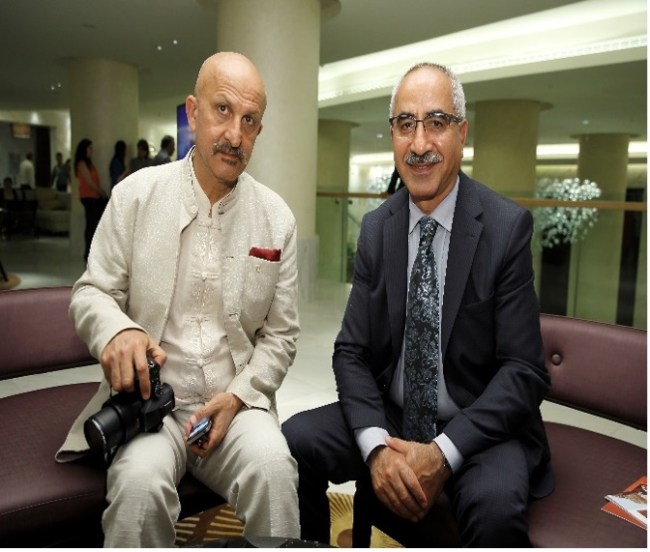 Reza with the author, Guivami Rahimli, Photo: courtesy of BP 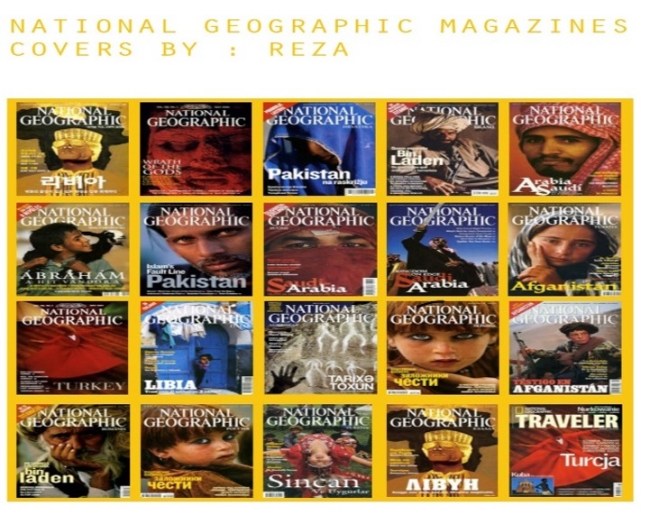 Reza has shared 250 photographic exhibitions throughout the world, including Azerbaijan: Land of Tolerance at the UN Headquarters in New York, at the European Parliament in Brussels, as well as at UNESCO headquarters in Paris. The Land of Tolerance exhibition presented a series of Reza’s reportages on the Christian, Muslim and Jewish communities which cohabitate in Azerbaijan. These communities are driven by a deep commitment to sharing mutual respect and dialogue with each other. This exhibition highlights the millennial ties that the communities have forged with each other in Azerbaijan which, hopefully, one day will become a reality throughout the world.

Professor Bettany Hughes’ fantastic programme about Azerbaijan on BBC, driven by the stories of its culture – music, poetry, archaeology and history, is available through this link – Tales from the Caspian Sea.