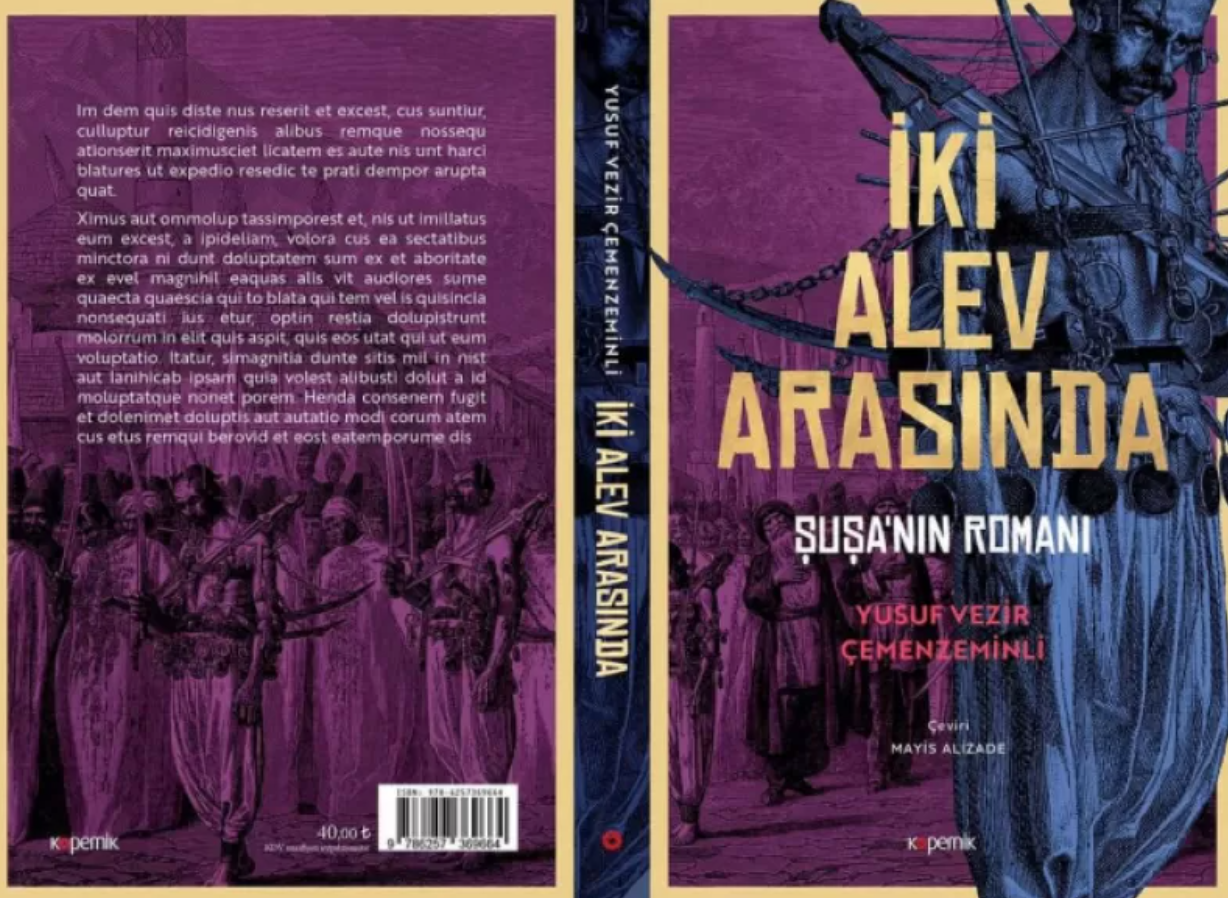 “Between Two Flames. Shusha Novel” has been published in Istanbul

A novel by the great master of Azerbaijani prose Yusif Vezir Chemanzaminli “Between Two Flames. Shusha Novel” has been published in Istanbul (“Iki Ateş Arasında”. “Şuşa romanı”) by the “Copernicus” publishing house, according to Azerbaijan in Focus, reporting Turan News. The book will be available in stores starting November 28.

The novel was translated into Turkish by the official representative of the Turan News Agency in Turkey, a candidate of philological sciences Mayis Alizade. Professor of Baku State University Vagif Sultanli in the preface to the book provided Turkish readers with extensive information and analysis of the life, and work of Yusif Vezir Chemanzaminli and the novel “Between Two Flames”.

Yusif Vazir Chemanzaminli began writing the novel dedicated to one of the most turbulent periods in the history of Karabakh in December 1936 and was able to finish it in April 1937. The novel, prepared for publication by Professor Akbar Agayev, was first published in Azerbaijan in 1964.

The owner of the “Copernicus” publishing house Abdulkadir Ozkan said: “We are proud to have published a perfect novel. The first and last ambassador of the Republic of Azerbaijan to the Ottoman Empire, Yusif Vezir Chemanzaminli, wrote the novel “Between Two Flames”.  The fact that we have published it under the title “The Novel about Shusha” has symbolic meanings in many respects. Readers of this novel will better understand the significance of the Shusha Declaration, signed on June 15, 2021, by the distinguished heads of state of Turkey and Azerbaijan. In the secondary schools and universities of Turkey, we will do everything necessary to make the book more readable and accessible to the general public. I am sure that Turkish readers will receive the book with  great sympathy.”

“Copernicus Publications” is one of the leading publishing houses in Turkey; it has published more than 400 books on literature, history, diplomacy and other fields in a short time. The publishing house also publishes 4 magazines related to various industries.