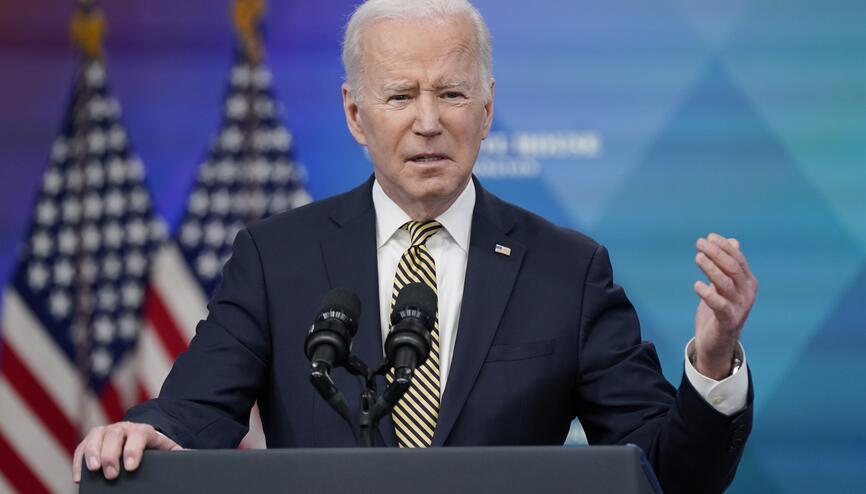 Biden: Putin is a war criminal

The U.S. President Joe Biden on Wednesday called Russia’s Vladimir Putin “a war criminal”, marking the first time the White House has alleged Russia’s actions during its invasion of Ukraine amount to war crimes, according to Azerbaijan in Focus, reporting Turan News.

“I think he is a war criminal,” Biden said of his Russian counterpart when talking to reporters at the White House.

Biden’s rebuke — his sharpest yet — came just a day after the U.S. Senate voted to condemn Russia for committing atrocities against the Ukrainian people, and calling for Putin to be charged with war crimes and other human rights abuses.

Hours earlier, Ukrainian President Zelensky, dressed in his trademark khaki T-shirt, delivered a virtual speech to members of Congress, thanking them for recognizing “those who commit crimes against Ukraine, against the Ukrainian people” as war criminals.

“However, now it is true in the darkest time for our country, for the whole of Europe, I call on you to do more,” Zelensky said, drawing direct parallels between American wishes for freedom and Ukraine’s own dreams — and urging Congress to remember America’s experience of Pearl Harbor and 9/11.

“I have a need,” Zelensky said, explaining that it was his version of Dr. King’s “I have a dream,” and asked if a no-fly zone was “too much to ask,” requesting the alternative of missile defense systems.

“I am asking that Russians do not receive a single penny they can use to destroy Ukraine,” he said. Freedom “is more important than income.”

Hours after Zelensky’s speech, Biden signed an order at the White House to transfer $800 million worth of equipment to help the people of Ukraine defend their freedom, saying that “the world is united in our support for Ukraine and our determination to make Putin pay a very heavy price.”

The order Biden signed on Thursday brings the total of new U.S. security assistance to Ukraine to $1 billion just this week, as stated by the Pentagon.

The latest package is made up of direct transfers of equipment from DoD to the Ukrainian military. It will also include drones, “which demonstrates our commitment to sending our most cutting-edge systems to Ukraine for its defense,” Biden said.

Washington is working with allies to identify and transfer longer-range anti-aircraft systems to Ukraine.

Over 20 million rounds of small arms ammunition and grenade launcher and mortar rounds;

The Pentagon said on Thursday that it will move quickly to transfer these capabilities. According to local media, the U.S. is planning to send 100 Switchblade drones to Ukraine as part of the Biden administration’s new weapons package.