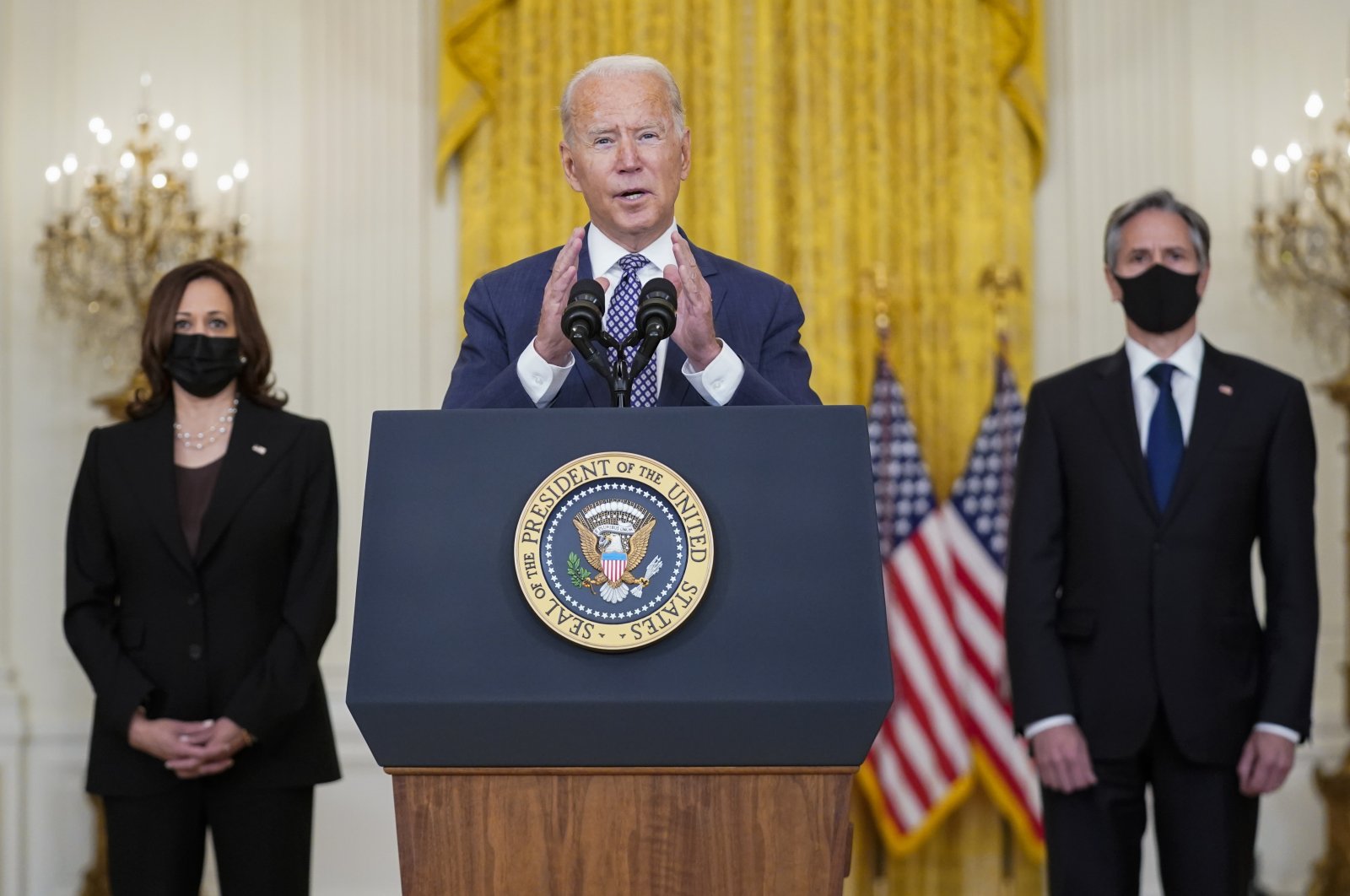 U.S. President Joe Biden warned on Friday that the operation to evacuate thousands through Kabul Hamid Karzai International Airport carries risks and he pledged that every American who wanted to would be evacuated from Taliban-ruled Afghanistan, with about 13,000 having been brought home so far.

Facing a torrent of criticism for his handling of the U.S. troop withdrawal, Biden said he could not promise what the final outcome would be in Afghanistan, where the United States has fought the Taliban for 20 years.

“This is one of the largest, most difficult airlifts in history and the only country in the world capable of projecting this much power on the far side of the world with this degree of precision is the United States of America,” Biden said in a speech at the White House.

“We’re going to do everything, everything that we can, to provide safe evacuation for our Afghan allies, partners, and Afghans who might be targeted because of their association with the United States,” Biden said, adding that the U.S. government would bring home every American who wants to leave.

Foreign powers have sought to hasten evacuations after reports of Taliban reprisals, including against people who had worked with the departing U.S.-led forces or the previous Western-backed government.

In total, foreign countries have flown out more than 18,000 people since the militants took the capital Kabul, according to transatlantic alliance NATO, but Western governments are facing criticism for not anticipating such a chaotic exodus.

Biden said the U.S. is in close contact with the Taliban to gain access to the Kabul airport for U.S.-aligned Afghan citizens.

“Make no mistake, this evacuation mission is dangerous. It involves risks to our armed forces and it’s being conducted under difficult circumstances. I cannot promise what the final outcome will be or that it will be without risk of loss. But as commander in chief, I can assure you that I will mobilize every resource necessary,” he said.

Answering questions from reporters, the president dismissed criticism that the administration misjudged the speed with which the Taliban would take over Afghanistan and that he was slow to start evacuation of Americans and Afghan allies of the 20-year long U.S. presence there.

The United States is desperately trying to evacuate thousands of people from Afghanistan by an Aug. 31 deadline, although Biden said this week that U.S. troops at the Kabul airport providing security for the evacuation could stay longer if necessary.

Biden is counting on cooperation from the Taliban, the militant group that the United States fought. The Taliban ousted the Kabul government a week ago as U.S. forces withdrew, plunging Biden into his biggest foreign policy crisis.

Biden said U.S. officials are in constant contact with the Taliban. He warned the group that “any attack on our forces or disruption of our operations at the airport will be met with a swift and forceful response.”

He vowed to get out as many Afghan allies as possible. Many are facing difficulties getting past Taliban checkpoints to the Kabul airport for evacuation flights.

He also said they would consider using U.S. troops to help get evacuees to the Kabul airport, noting that expanding a secure zone outside the current area around the airport could have unintended consequences.

Democratic and Republican lawmakers say Biden did not act swiftly enough to withdraw vulnerable people from Afghanistan in the face of the rapid Taliban advances.

Thousands of desperate Afghans clutching papers, children and some belongings still filled Kabul airport, where gun-toting Taliban members urged those without travel documents to go home. In and around the airport, 12 people have been killed since Sunday, NATO and Taliban officials said.

Bolstering the critics’ case was disclosure of an internal “dissent” memo dated July 13 from some diplomats at the U.S. embassy in Kabul. They warned of swift gains by the Taliban coupled with a collapse of Afghan security forces, according to a source familiar with the situation who confirmed an account of the document published by the Wall Street Journal.

The memo came less than a week after Biden said a Taliban takeover of Afghanistan was “not inevitable.”

The source said the dissent cable was acted upon, saying it called for an airlift operation, which was announced a day after the cable was received.

White House communications director Kate Bedingfield told MSNBC on Friday that Biden’s focus “is on getting every single American out of Afghanistan who wants to get out of Afghanistan and getting our Afghan allies (out) as well.”

The White House has promised a review of the administration’s performance in the crisis, but a source said this has been set aside for now while attention is paid to the evacuations.

This article originally appeared in DAILY SABAH on 20 August 2021.