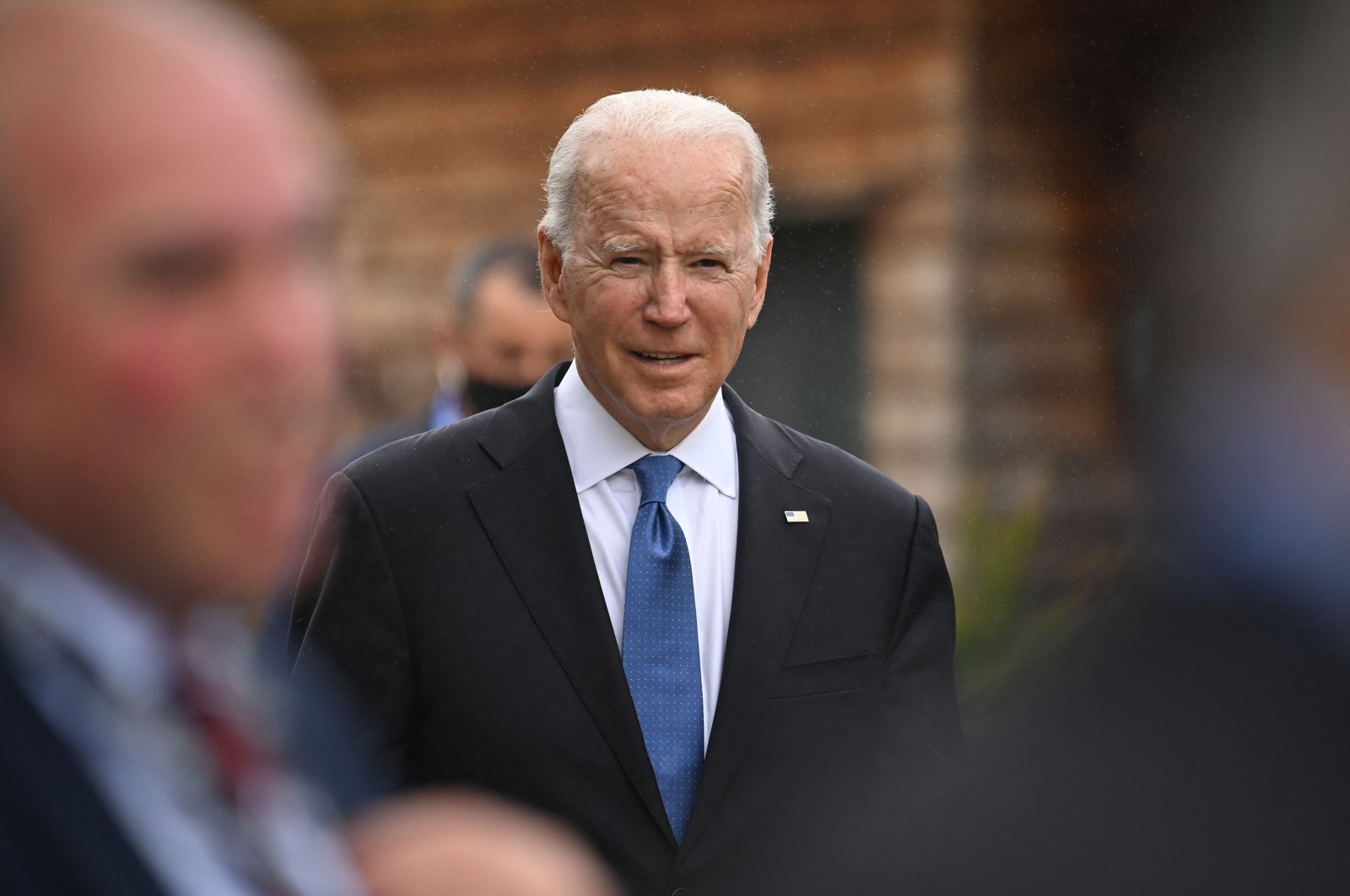 Biden to push G-7 leaders to publicly call out China

The United States plans to urge their democratic allies on Saturday to publicly call out China for forced labor practices as the Group of Seven leaders gather at a summit where they will also unveil an infrastructure plan meant to compete with Beijing’s efforts in the developing world.

The provocative proposal is part of U.S. President Joe Biden’s escalating campaign to get fellow democratic leaders to present a more unified front to compete economically with China in the century ahead, according to two senior administration officials who briefed reporters on the condition of anonymity because they were not authorized to discuss the plans for the seaside summit publicly.

The officials said Biden wanted G-7 leaders to speak out in a single voice against forced labor practices targeting Uyghur Muslims and other ethnic minorities. Biden hopes the denunciation will be part of the joint communique released at the summit’s end, but some European allies have been reluctant to so forcefully split with Beijing. It may not be clear until the three-day summit ends on Sunday whether the leaders will take that step.

The wealthy nations’ leaders were all smiles and unity as they were welcomed to the summit on Friday by British Prime Minister Boris Johnson on the freshly raked sand of Carbis Bay for their first gathering since 2019.

Last year’s gathering was canceled because of COVID-19, and recovery from the pandemic is dominating this year’s discussions, with members of the wealthy democracies’ club expected to commit to sharing at least 1 billion vaccine shots with struggling countries.

China also loomed large over the meeting on the craggy coast of Cornwall. Biden’s proposed critique of China’s labor practices was to be raised as the allies unveil an infrastructure proposal dubbed “Build Back Better for the World,” a name that echoes the slogan of the American president’s election campaign.

The plan calls for spending hundreds of millions of dollars in collaboration with the private sector. It is designed to compete with China’s trillion-dollar “Belt and Road Initiative,” which has launched a network of projects and maritime lanes that already snake around large portions of the world, primarily Asia and Africa. Critics say the projects often create massive debt and expose nations to undue influence by Beijing.

Not every European power has viewed China in as harsh a light as Biden, who has painted the rivalry with the techno-security state as the defining competition for the 21st century. But there are signs that Europe is willing to put greater scrutiny on Beijing.

Weeks before Biden took office last year, the European Commission announced it had come to terms with Beijing on the Comprehensive Agreement on Investment, a deal meant to provide Europe and China greater access to each other’s markets. The Biden administration had hoped to have consultations on the pact.

But the deal has been put on hold, and the European Union in March announced sanctions targeting four Chinese officials involved with human rights abuses in Xinjiang. Beijing, in turn, responded by imposing sanctions on several members of the European Parliament and other Europeans critical of the Chinese Communist Party.

Biden administration officials see the moment as an opportunity to take concrete action to speak out against China’s reliance on forced labor as an “affront to human dignity.”

While calling out China in the communique wouldn’t create any immediate penalties for Beijing, one senior administration official said the action was meant to send a message that the G-7 was serious about defending human rights and working together to eradicate the use of forced labor.

An estimated 1 million people or more – most of them Uyghurs – have been confined in reeducation camps in China’s western Xinjiang region in recent years, according to researchers. Chinese authorities have been accused of imposing forced labor, systematic forced birth control, torture and separating children from incarcerated parents.

Beijing rejects allegations that it is committing crimes.

Opening three days of talks in southwest England, Johnson on Friday warned that world leaders must not repeat errors made over the past 18 months – or those made during the recovery from the 2008 global financial crisis.

“It is vital that we don’t repeat the mistake of the last great crisis, the last great economic recession in 2008, when the recovery was not uniform across all parts of society,” he said after leaders posed for a “family photo” by the sea.

“And I think what’s gone wrong with this pandemic, and what risks being a lasting scar, is that I think the inequalities may be entrenched,” Johnson added.

The leaders of the G-7 – which also includes Canada, France, Germany, Italy and Japan – hope the meeting at the seaside resort will energize the global economy.

As Johnson led the politicians off the beach, French President Emmanuel Macron threw his arm around the shoulders of Biden, whom he was meeting for the first time. The two men will have more formal talks on Saturday, a meeting between allies who recalibrated their relationship during the four years of President Donald Trump’s “America first” foreign policy.

Biden will end his eight-day European trip with a summit in Geneva with Russia’s Vladimir Putin. Putin, in an interview with NBC News that aired Friday, said the Russian relationship with the U.S. has “deteriorated to its lowest point in recent years.”

But he added that while Trump was a “talented” and “colorful” person, Biden was a “career man” in politics, which has “some advantages, some disadvantages, but there will not be any impulse-based movements” by the U.S. president.

To cap the day Friday, Queen Elizabeth II – Britain’s biggest global star – traveled from Windsor Castle near London for a reception with the G-7 leaders and their spouses at the Eden Project, a futuristic botanical garden housed inside domes that features the world’s largest indoor rainforest.

Senior royals – including heir to the throne Prince Charles, his son Prince William and William’s wife, Kate – joined the leaders for the reception and a dinner of roasted turbot, Cornish new potatoes and greens with wild garlic pesto, cooked by a local chef.

The choice of an ecologically themed venue was deliberate. Climate change is also a top issue on the agenda, and hundreds of protesters gathered in Cornwall to urge the leaders to act, some dressed as sea creatures such as jellyfish. Demonstrators deployed a barge off the coast with two large inflatable figures depicting Biden and Johnson on board.

This article originally appeared in DAILY SABAH on 12 June 2021.