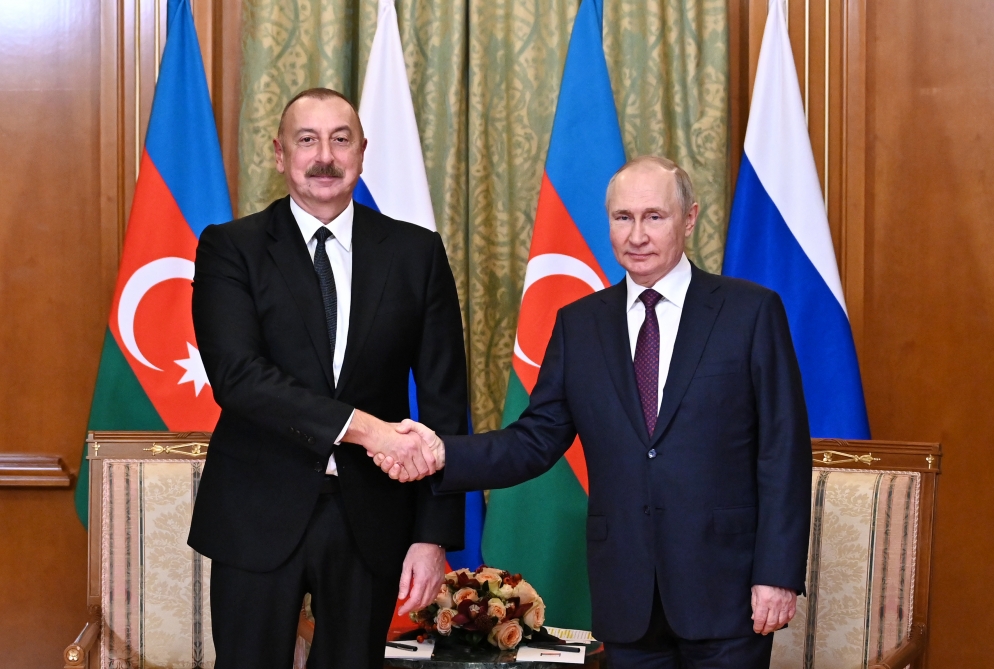 They then posed for photographs.

Thank you for visiting us in Sochi. As a matter of fact, this is a meeting organized on your initiative and on the initiative of the Prime Minister of Armenia – and specifically in Sochi, where, apparently, you were counting on good Sochi weather, but it doesn’t work out, it is fall. Nevertheless, in my opinion, the meeting is important.

The purpose of this meeting, as I see it, is to ensure the implementation of all our agreements that were reached in 2020 and 2021. You have repeatedly pointed out that Russia has played a noticeable and important role in resolving the conflict. And now our peacekeeping contingent is fulfilling its mission, as it should do. I am grateful for these assessments.

Today, of course, we will need to talk about the situation that has developed, and look for ways to resolve issues that have not yet been resolved. In this regard, I would also note an important component of an economic nature: we have created a trilateral working group, which is headed by deputy prime ministers. They have advanced quite far in terms of resolving the issues that we spoke about two years ago. Apparently, it is necessary to give an additional impetus in this area as well. I know that the Azerbaijani side is working quite actively in this direction.

The range of issues is quite extensive.

I am very glad to see you. You are welcome.

Thank you, dear Vladimir Vladimirovich, thank you for the invitation. I am pleased to see you again. You and I met last month as well, and this month we had the opportunity to discuss bilateral relations in sufficient detail and note the positive dynamics in these relations.

Today’s meeting is dedicated to our regional affairs. Once again, I want to express my gratitude to you for the role you played in the settlement of the Karabakh conflict. A trilateral declaration was signed two years ago, putting an end to the long-term conflict.

It is now time to speak and act toward the normalization of relations between Azerbaijan and Armenia. Of course, we highly appreciate your personal role in this matter. Today’s trilateral meeting, which will follow a little later, will not be our first meeting. Such meetings have been held on your initiative before and, as I can see, they gave a very good impetus to the normalization process.

Azerbaijan put forward five basic principles relatively recently, on the basis of which the relations between Azerbaijan and Armenia should be normalized. These are the fundamental principles of international law, and I think that normalization can be achieved on this basis.

The Karabakh conflict has already been consigned to history. It was resolved two years ago, so there is practically nothing to discuss in this context. The normalization of Azerbaijani-Armenian relations is a format that, of course, requires very serious steps. We look forward to your continued active personal role and Russia’s role in achieving these goals.

Thank you again for the invitation.