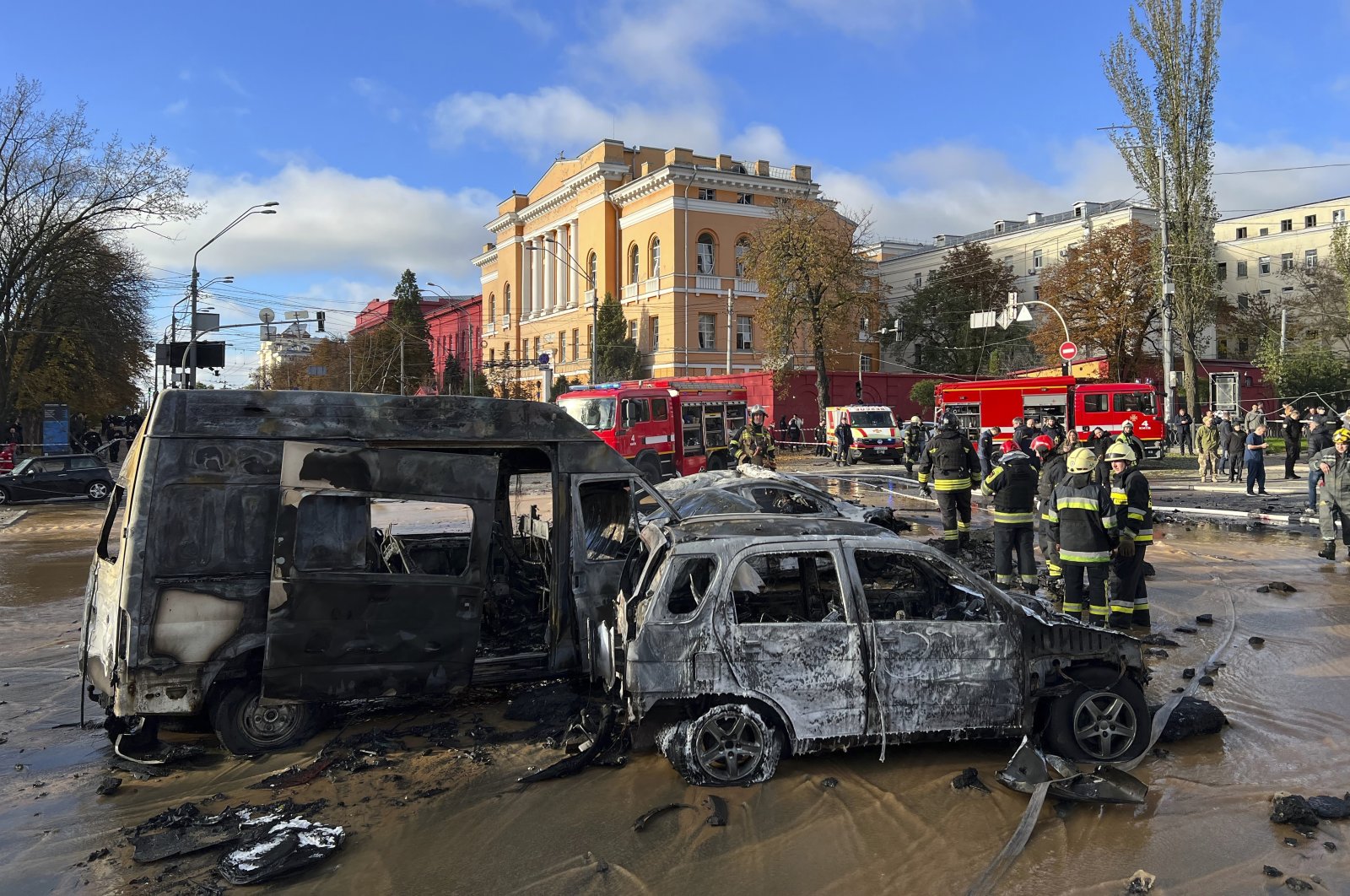 The explosions were heard by AP journalists and appeared to be the result of missile strikes.

Kyiv Mayor Vitalii Klitchko reported explosions in the city’s Shevchenko district, a large area in the center of Kyiv that includes the historic old town as well as several government offices.

There were no immediate reports of casualties.

Recent fighting has focused on the regions just north of Crimea, including Zaporizhzhia, where six missiles were launched overnight Saturday from Russian-occupied areas of the Zaporizhzhia region.

Russian President Vladimir Putin on Sunday called the attack that damaged the huge bridge connecting Russia to its annexed territory of Crimea “a terrorist act” masterminded by Ukrainian special services.