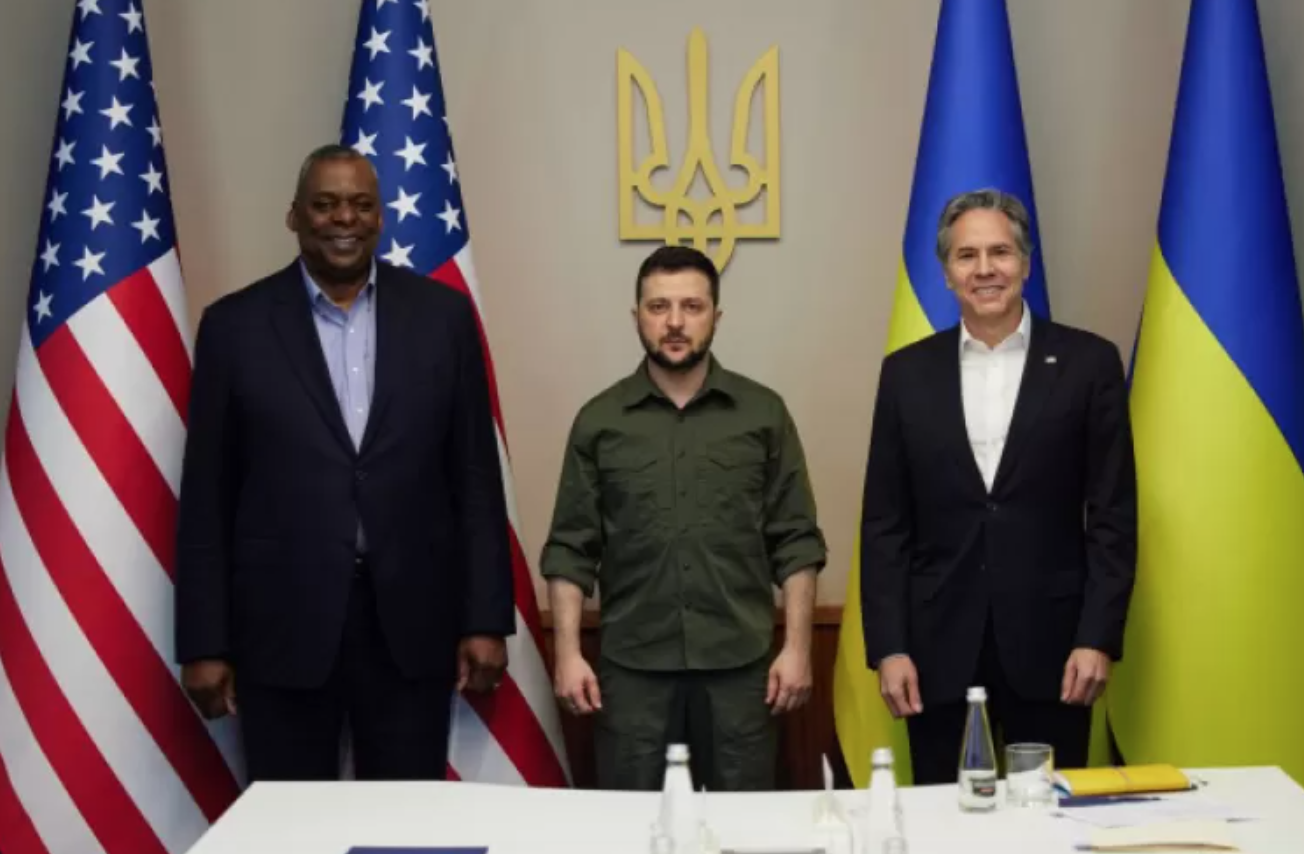 Blinken and Austin met with Zelensky in Kyiv

Top U.S. diplomat and defense chief made an unannounced trip to Kyiv on Sunday where they met Ukrainian President Volodymyr Zelensky and other key officials, according to Azerbaijan in Focus, reporting Turan News.

Secretary of State Antony Blinken and Defense Secretary Lloyd Austin used the first official U.S. visit to Ukraine since Russia invaded two months ago to announce a gradual return of the U.S. Embassy to the country and the nomination of a new ambassador, State Department officials told reporters Sunday night.

While in Kyiv, Blinken and Austin also discussed the deliveries of recent U.S. military assistance to Ukraine, the ongoing training for Ukrainian soldiers, as well as the Biden administration’s intention to provide $713 million in additional foreign military financing to help Ukraine transition to NATO-capable systems, officials said.

Blinken also relayed that President Biden would nominate veteran diplomat Bridget Brink as U.S. Ambassador to Ukraine, a post that has been without a confirmed ambassador since May 2019. Brink is the current U.S. ambassador to Slovakia.

The traveling U.S. press corps who accompanied the secretaries until Poland did not enter the Ukrainian capital, due to security reasons. The officials briefed reporters in Poland on the condition that the trip will not be reported until the delegation was safely out of Ukraine.

Secretary Blinken is expected to testify before both the Senate and House Foreign Relations Committees this Tuesday and Thursday following his trip to Kyiv.

Secretary Austin will travel on to Germany, where he will host military leaders from more than 20 nations and NATO Secretary-General Jens Stoltenberg at the US airbase at Ramstein to discuss Ukraine’s defense needs.