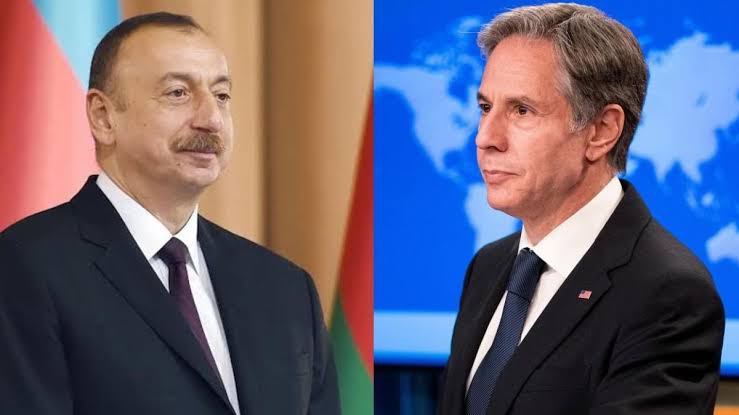 Washington on Tuesday expressed its “encouragement” for peace negotiations between Armenia and Azerbaijan, including President Aliyev and Armenian Prime Minister Pashinyan’s planned meeting on April 6 with European Council President Michel, the State Department said in readouts of Secretary of State Anthony Blinken’s phone calls to both Baku and Yerevan, according to Azerbaijan in Focus, reporting Turan News.

He “reiterated that the United States stood ready to help by engaging bilaterally and with like-minded partners, including through our role as an OSCE Minsk Group Co-Chair, to help the countries find a long-term comprehensive peace” – the State Department spokesperson Ned Price said when detailing both calls.

During his calls with both leaders, the secretary “condemned the Kremlin’s heinous war crimes in Ukraine and highlighted the continued commitment of the U.S. and its partners to hold the Russian Federation and its enablers accountable for the unprovoked and unjustified war against Ukraine,” per the State Department’s readouts.

While talking to Pashinyan, Blinken “underscored that now was not the time for further escalation in the region”.

During his conversation with Aliyev, the Secretary “called for restraint, de-escalation, and renewed diplomacy”.

Blinken also offered his condolences for the tragic gas explosion in Baku over the weekend, per the State Department readout.