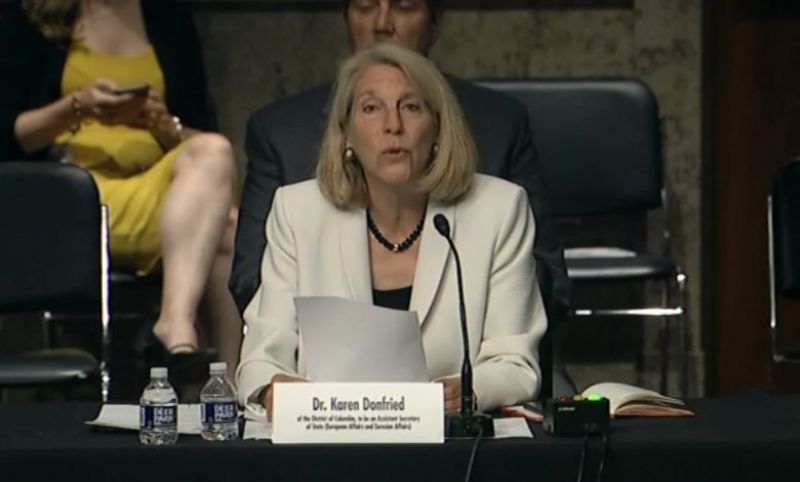 Blinken to raise Karabakh issue at OSCE Ministerial next week

Nagorno-Karabakh conflict will be among a range of topics to be highlighted by the U.S. Secretary of State Anthony Blinken at the OSCE Ministerial Council, a top State Department diplomat for European affairs told reporters on Friday, according to Azerbaijan in Focus, reporting Turan News.

“The Secretary will raise specific concerns once again highlighting Russia’s ongoing aggression in eastern Ukraine and occupation of both Ukrainian and Georgian sovereign territory, the Nagorno-Karabakh conflict, and events both in and emanating from Belarus.” Assistant Secretary of State for European and Eurasian Affairs Karen Donfried said in a telephone briefing.

On December 1, Blinken will arrive in Stockholm to attend the OSCE Ministerial Council and meet with Swedish officials there.

“We will reiterate our support for OSCE’s comprehensive concept of security that respects the sovereignty and territorial integrity among states and respect for human rights and fundamental freedoms within states – concepts that are fundamental for regional prosperity and peace,” Donfried said.

At the OSCE meeting, the ministers will discuss concerns about the Europe Eurasia region security environment and the need to strengthen all three dimensions of security – political/military, economic/environmental, and human.

The Secretary will “call on participating States to rebuild military transparency through focused negotiations in 2022 to update the OSCE’s Vienna document – an initiative that has the support of all NATO Allies and many other OSCE participating states.”

Blinken will also emphasize and defend the role of civil society and independent media in helping ensure respect for democratic principles, of government, human rights, and rule of law in the region.

“He will also reiterate the importance of holding the 2022 Human Dimension Implementation Meeting – the largest human rights conference in Europe – which Russia blocked from taking place earlier this year,” Donfried added.

Asked whether Blinken was going to meet with his Russian counterpart during the ministerial, the State Department official said they had no such announcements to make adding, “stay tuned.”

Donfried also made it clear that ”all options are on the table” in how to respond to Moscow’s “large and unusual” troop buildup near Ukraine’s border, and the NATO alliance will decide on the next move following consultations at the OSCE next week.

“We are also continuing to consult closely with Ukraine and also with other partners as well as our allies on this issue, and if we see any escalating or aggressive action – and this has been true in the past as well – it is of great concern to us,” she said.