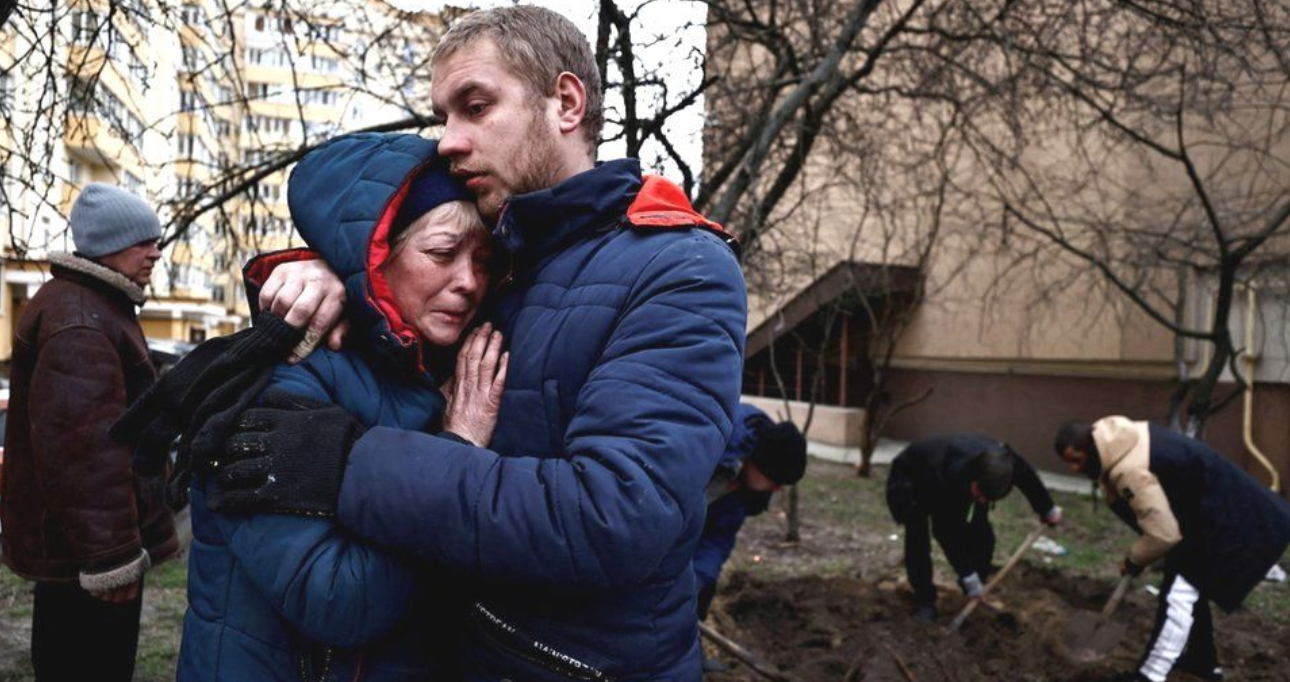 Attacks on civilians by Russian forces in the Ukrainian town of Bucha do not “look far short of genocide”, Prime Minister Boris Johnson has said.

The UK has announced further sanctions against eight oligarchs and Russian banks, including the country’s largest, Sberbank, and Credit Bank of Moscow.

Dozens of people have been found dead in the town – including some in a mass grave – after Russia’s withdrawal.

The Foreign Office announced its latest sanctions following the reports of attacks on civilians, and these include ending all imports of Russian coal and oil by the end of the year as well as action against strategic industries.

The latest sanctions come in step with those imposed by the US, which has also imposed sanctions on Russian President Vladimir Putin’s two daughters.

Ahead of the new sanctions being announced, Mr. Johnson said: “I’m afraid when you look at what’s happening in Bucha, the revelations that we are seeing from what Putin has done in Ukraine doesn’t look far short of genocide to me.

“It is no wonder people are responding in the way that they are. I have no doubt that the international community, Britain very much in the front rank, will be moving again in lockstep to impose more sanctions and more penalties on Vladimir Putin’s regime.”

As part of its sanctions response, the UK has pledged to stop importing Russian oil by the end of the year, while the EU is reducing its imports of Russian gas by two-thirds.

Mr. Johnson praised the “enormous strides” the EU has taken to reduce dependence on Russian gas.

At a working dinner in Brussels on Wednesday evening Foreign Secretary Liz Truss is expected to tell Nato colleagues the “age of engagement with Russia is over”.

She is expected to say there is “no time for false comfort” and that Russia is not retreating but regrouping to push harder in the east of Ukraine.

Ms. Truss is expected to urge allies to arm Ukraine quickly and decisively, and to rethink their support for countries “caught in the web of Russian influence”, such as Georgia and Moldova.

As part of sanctions imposed on Russia all new outward investment to the country has been banned, while imports of Russian iron and steel products will be banned.

Among those added to the sanctions list is Viatcheslav Kantor, the largest shareholder of fertilizer company Acron, whose donations funded a new unit at a London hospital used by the royal family.

The Edward VII Hospital accepted a donation from the Kantor Charitable Foundation to fund the Kantor Medical Centre.

The other oligarchs added to the sanctions list include:

Sergey Kogogin, director of Kamaz, which manufactures trucks including for the military

Ms. Truss said the latest wave of sanctions would decimate Mr. Putin’s “war machine” and show the Russian elite could not wash their hands of the atrocities committed on his orders.

Those taken by the UK so far include freezing assets, excluding Russian banks from the UK financial system, banning some exports to Russia, restricting visas for wealthy investors, and banning flights.

By the end of the year, the UK has said it will also phase out Russian oil imports.

Along with the EU and US, it has frozen the assets of more than 1,000 individuals and companies, including politicians and wealthy business leaders thought to be close to the Kremlin.

Asset freezes prevent anyone in the UK or any UK company from dealing with any funds or resources that are owned or held by the designated person and prevent resources from being provided to or for the benefit of that person.

He said we have to give Ukraine “every support we can” and said the international community must be clear “that these war crimes will end up with those responsible being hunted down”.

The deliberate targeting of civilians, as has been alleged by residents of Bucha, is a war crime under the Geneva Convention.

But for a massacre to be considered genocide, the law also requires proof of the intent to destroy a particular national, ethnic, racial or religious group – whether entirely or in part.

The Genocide Convention, introduced after the Nazi Holocaust during World War Two, requires the 152 nations who are signatories to “prevent and to punish” genocide where it occurs.

This report originally appeared on BBC News on April 6, 2022.