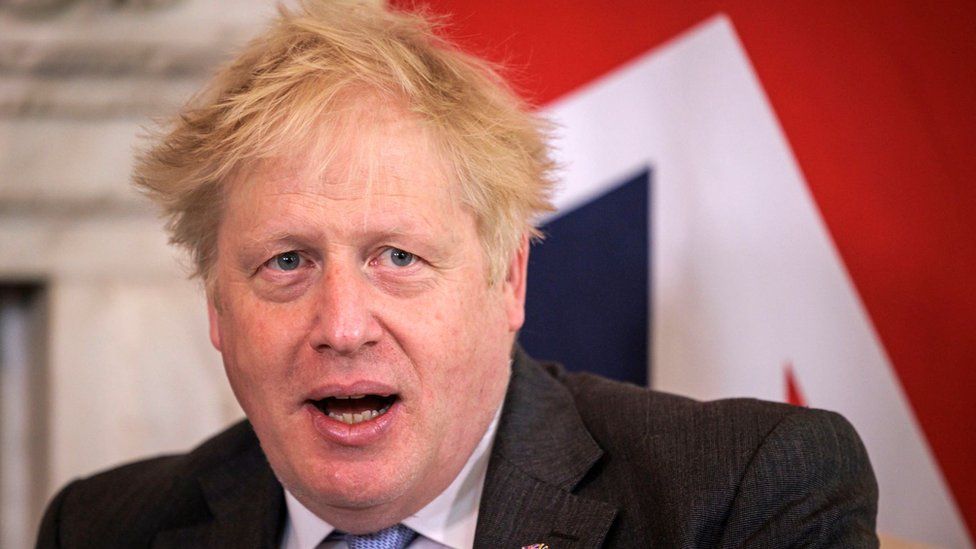 Boris Johnson to Ukrainian Parliament: This is your finest hour

Boris Johnson has described Ukraine’s resistance to the Russian invasion as the country’s “finest hour” in an address to its parliament.

Speaking via video link to MPs on Tuesday, he also set out details of £300m in extra military support.

It follows the PM’s unannounced visit to Kyiv last month.

Mr Johnson’s speech echoed the words of Prime Minister Winston Churchill, just as Ukraine’s President Volodomyr Zelensky did when he addressed MPs at Westminster in March.

The prime minister said that the UK Parliament met throughout World War Two, just as Ukraine’s Verkhovna Rada has done through the war with Russia, and the British people showed “such unity and resolve that we remember our time of greatest peril as our finest hour”.

“This is Ukraine’s finest hour, that will be remembered and recounted for generations to come,” he said.

“Your children and grandchildren will say that Ukrainians taught the world that the brute force of an aggressor counts for nothing against the moral force of a people determined to be free.”

In an earlier interview with ITV’s Good Morning Britain, Mr Johnson said the UK was leading the world in helping Ukraine to “protect themselves”.

He said: “What the UK is doing – and has done since the crisis began – is lead the world in helping the Ukrainians protect themselves against barbaric aggression by Vladimir Putin. That’s all we’re doing.

“We’re not saying we’re doing this in order to drive some geopolitical change or to have an outcome in Moscow..

“What we care about is Ukrainian people and their suffering, and it is totally unjustifiable to allow a free, sovereign, independent country, like Ukraine, just to be overwhelmed and obliterated as it might have been.”

When asked about the Ukrainian UK ambassador’s call for MPs to drop visa rules for refugees fleeing the country, the prime minister insisted it was important to “protect the system from those who might want to abuse it”.

A total of 86,000 visas have been issued, but only 27,000 refugees have arrived, Mr Johnson said. He said the UK could have reacted faster.

The UK’s ambassador to Ukraine, Melinda Simmons, who has just returned to Kyiv, said she was shocked at seeing bombed schools and hospitals.

She added the UK was working with Ukraine to help them gather evidence of alleged war crimes. 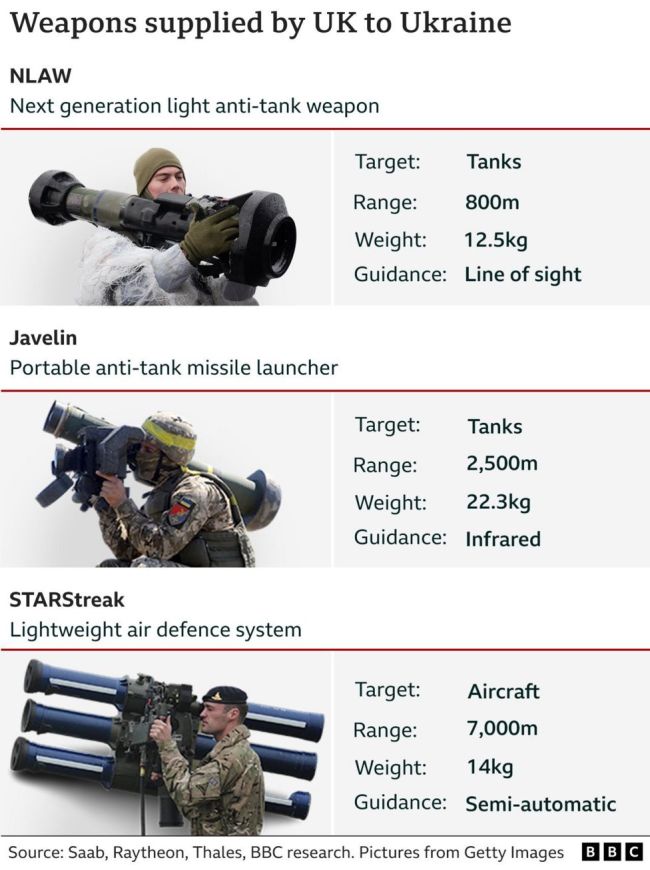 The latest tranche of military support includes radar systems designed to detect artillery projectiles and missiles and then locate the positions of the weapons that fired them.

The UK is also supplying heavy lift aerial drones, which can carry supplies to Ukrainian forces that have become isolated.

They will arrive there in the coming days, she said.

It comes after ministers said last week that they would soon be able to supply Ukraine with long-range Brimstone missiles, as well as sending Stormer armoured vehicles to support the country’s air defence.

Labour leader Sir Keir Starmer told BBC Radio 4’s Today programme the party supported sending military aid to Ukraine, but he called for the government to do more on sanctions and to process refugees “much more quickly”.

“I think the in-principle position of all political parties that we stand up for Ukraine, stand with Ukraine, stand against Russian aggression is very important,” he said.

Liberal Democrat foreign affairs spokeswoman Layla Moran said it was the right decision but “wrong timing” to send additional weapons to Ukraine, saying it was desperately needed a week ago.

She questioned whether the prime minister had delayed the announcement ahead of local elections, a move she said was “deeply cynical”.

This report originally appeared on BBC News on May 3, 2022.