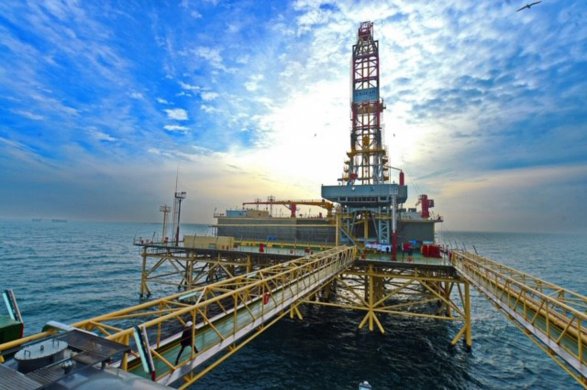 BP terminates one of its projects

The British oil and gas company BP announced the termination of exploration work on a block of promising oil and gas fields of Azerbaijan in the Caspian Sea and the withdrawal from the project, according to Azerbaijan in Focus, reporting Haqqin News.

Bakhtiyar Aslanbeyli, BP’s director of communications for the Caspian region, told reporters that three exploratory wells drilled by the company in 2020-2022 as part of the Absheron Peninsula Shallow Water Project (SWAP) turned out to be empty – there are no “commercially significant hydrocarbon reserves” discovered.

“Azerbaijani authorities and project partners have been informed accordingly,” Aslanbayli said, adding that the asset will be transferred after certain legal procedures have been completed.

It should be noted that the project of the shallow water zone of the Absheron Peninsula was considered the most promising hydrocarbon field of Azerbaijan in the Caspian Sea. In 2014, a consortium was established to conduct exploration work in this field, discovered in the mid-1950s. In December of the same year, an agreement was signed between SOCAR and BP on production sharing, joint geological exploration, and the development of potential promising structures located in the shallow zone around the Absheron Peninsula in the Azerbaijani sector of the Caspian Sea. According to this agreement, 50 percent of the project belonged to BP and the remaining fifty – to SOCAR.

On April 14, 2015, the Milli Majlis ratified this agreement, which was part of the Azerbaijani government’s plan to fully explore all marine areas in the national sector of the Caspian Sea. It was believed, in particular, that there are large reserves of oil and gas in the shallow part of the Absheron Peninsula. However, BP, which is the operator of the project, having drilled three exploratory wells over the past two years, has not been able to achieve the expected results.

Interestingly, after the first two exploration wells were empty, BP reduced its stake in the project.

In September 2021, BP sold half of its 50% stake to Russian oil producer Lukoil, while retaining its operator functions.

The SWAP Exploration Zone extends along the Caspian Basin to the south of the Absheron Peninsula. The water depth here ranges up to 40 meters with potential reservoirs at depths of 2,000 to 5,000 meters. Previously, BP identified three promising areas in this area – Northern Khali, Eastern Bibi-Heybat, and Garabatdag, each of which was drilled.

In April of this year, the BP Satti jack-up drilling rig was moved to the Garabatdag exploration well, located in the southeastern prospective part of the Treaty field. Before that, the second exploration well was closed, drilled to a total depth of 4230 meters in the western section of the contract area – no economically viable hydrocarbon reserves were found in the well.

The Garabatdag exploration well was the third and the last one drilled in the project area.

Thus, the drilling work, which began on April 3, was completed in about three months.

On June 24, BP CEO Bernard Looney visited Baku and met with President Ilham Aliyev. Most likely, it was at this meeting that BP informed the Azerbaijani side about the results of drilling exploration wells in the shallow part of Absheron and the company’s intention to withdraw from the project.

Although BP has given up on the shallow waters of Absheron, the British oil and gas giant remains optimistic about the deepwater Shafag-Asiman block, which is another promising block of fields in the Azerbaijani sector of the Caspian Sea.

In this regard, Bakhtiyar Aslanbayli said that hydrocarbons are concentrated at a depth of 7,000 meters.

BP and SOCAR are partners in the development of this block, which covers an area of ​​1,100 square kilometers and is located southeast of Baku at a depth of 650 to 800 meters. Both partners signed an agreement on Shafag-Asiman back in 2010. However, drilling only started in January 2020 and was suspended for several months due to the coronavirus pandemic.

Aslanbayli said the company is continuing preparations for drilling of another exploration well at another long-term project in Azerbaijan, the D230 block. This site covers about 3,200 square kilometers and is located about 80 kilometers from the coast of Azerbaijan at a depth of 100 to 800 meters.

There are high hopes for both assets. BP hopes that D230 could contain large oil reserves and Shafag-Asiman could potentially be comparable in scale to BP’s Shah Deniz gas field, which contains the largest gas reserves in Azerbaijan.

Azerbaijan’s long-term role as a supplier of oil and gas to Europe received an additional impetus after the visit of European Commission President Ursula von der Leyen, who signed a memorandum of understanding to double Azerbaijani gas supplies to EU countries by 2027.