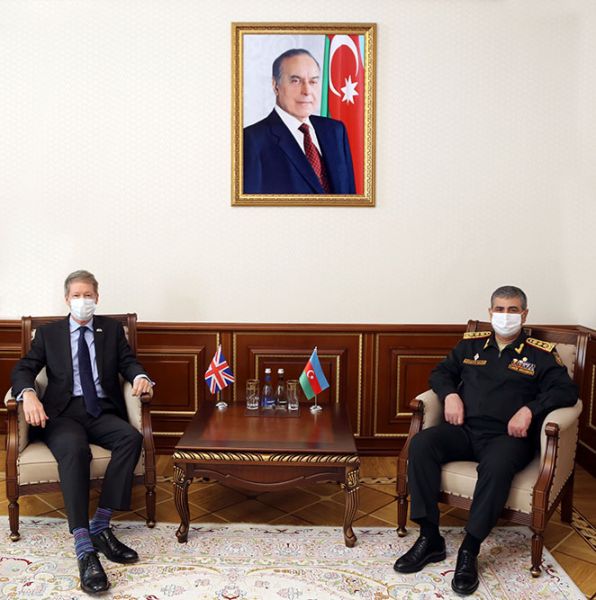 Britain to Participate in Restoration of the Liberated Areas

On January 22, Defense Minister Zakir Hasanov received the British Ambassador James Sharp and informed him about the activities of the Azerbaijani Armed Forces in the liberated territories, according to Azerbaijan in Focus, reporting Turan News.

According to the press release of the Ministry of Defense, the meeting highlighted the great potential for cooperation between the two countries in the field of defense, including the military-technical sphere and military education.

The ambassador congratulated the Azerbaijani people on the victory in the Patriotic War, noting that he would make every effort to develop Azerbaijani-British relations in the military sphere.

He also noted that Great Britain could help Azerbaijan in clearing the liberated territories from mines and unexploded ordnance.
The aspects of regional and bilateral cooperation, as well as a number of other issues of mutual interest were discussed, the press release said.