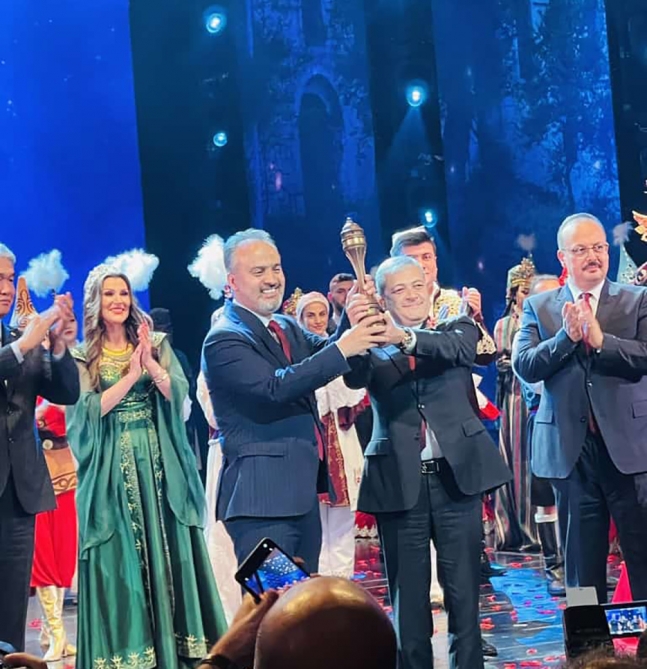 As the official closing ceremony of the “Year of Bursa – 2022 Cultural Capital of the Turkic World” by the International Organization of Turkic Culture (TURKSOY) wrapped up on December 9, Bursa handed over the symbol of cultural capital to Azerbaijan’s city of Shusha, according to Azerbaijan in Focus, reporting AzerTac.

During the closing ceremony, Bursa Metropolitan Municipality Mayor Alinur Aktash handed over the symbol of the Cultural capital of the Turkic World to Special Representative of the Azerbaijani President in Shusha district Aydin Karimov.

Speaking at the event, TURKSOY Secretary General Sultan Raev, Secretary General of the OTS Secretariat Kubanychbek Omuraliev, Governor of Bursa Province Yakup Janbolat, Mayor of Bursa Metropolitan Municipality Alinur Aktash described the announcement of Shusha, the cradle of rich historical and cultural heritage, the homeland of geniuses, and an impregnable fortress, “the Cultural capital of the Turkic World in 2023”, as a new and magnificent page of history. 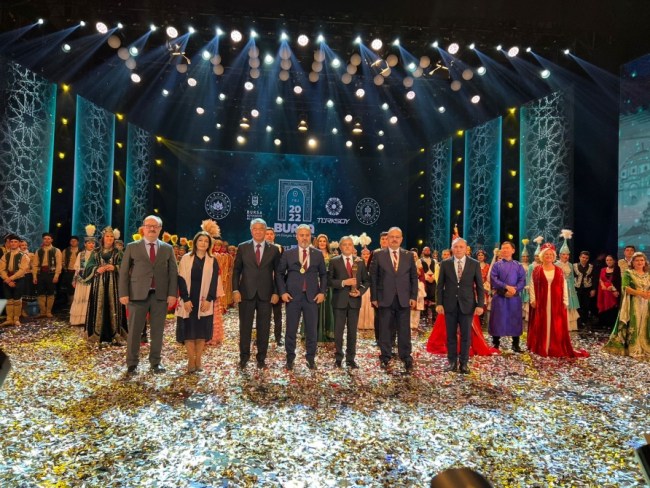