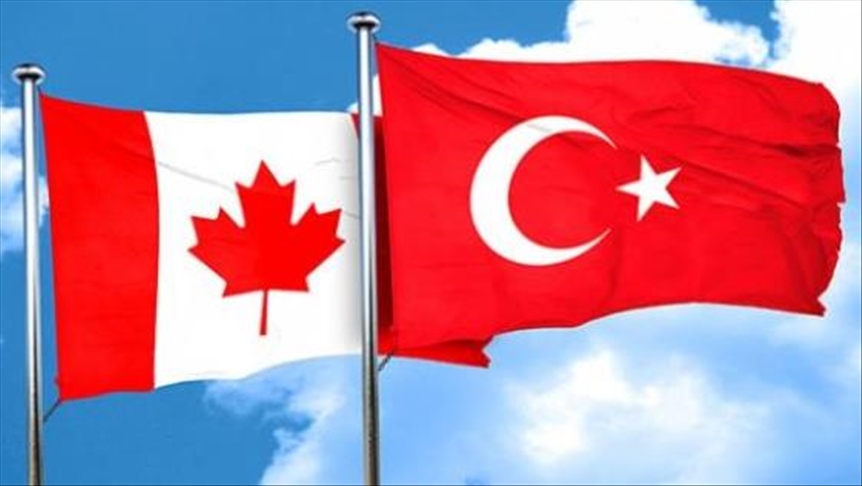 Canada accused of double standard in arms ban to Turkey

When Canada controversially announced the cancelation of military technology and arms exports to Turkey this week, it was a direct hit at an unlikely target.

Turkey is a NATO ally and the 30-country membership also includes Canada, so the ban pits one ally against another.

Turkey said it voiced its “discomfort” with the Canadian decision and it may respond by refusing to sell Canada armed unmanned aerial vehicles, causing Canada serious problems as Turkey is one of four countries that make battle-tested drones.

It also accuses Canada of employing a double standard, noting the UN has said Canada is fueling a war in Yemen by selling military hardware to Saudi Arabia.

Turkey has a lot of support for that charge, including from Canadian opposition political parties, human rights watch groups and others.

But Canada said its policy aim on exporting arms is to strive “to ensure that, among other policy goals, Canadian exports are not prejudicial to human rights, peace, security and stability in any region of the world or within any country,” according to a Government of Canada Report on Exports of Military Goods from Canada – 2018.

In announcing the cancelation, Canada claimed that a drone shot down by Armenian defense forces last fall was a combat drone equipped with a camera and target system made by Burlington firm, L3 Harris Canada, near Toronto.

Canada suspended military exports to Turkey while the incident was investigated.

Following a request from Anadolu Agency, Global Affairs Canada outlined how the investigation was handled.

“From October to December 2020, Global Affairs Canada, in consultation with the Department of National Defence, conducted a review of all suspended and valid export permits and pending export permit applications for all military goods and technology destined to Turkey,” it said in an emailed statement. “Partners from across government participated in this review, including bilateral relations, intelligence, human rights, terrorism and organized crime, and legal specialists within Global Affairs Canada.”

The government then took action.

“Following this review, which found credible evidence that Canadian technology exported to Turkey was used in Nagorno-Karabakh, today (Wednesday) I am announcing the cancellation of permits that were suspended in the fall of 2020,” Canada’s Foreign Affairs Minister said in a statement obtained by the Turkish news agency.

Nagorno-Karabakh is a mountainous area and its illegal occupation by Armenian forces had been at the center of a dispute between Azerbaijan and Armenia until Azerbaijan finally liberated the region last year. Turkey is Azerbaijan’s closest ally and the two countries describe each other as ”two states, one nation.”

The move was an irritant to Turkey – officials said they rigorously enforce all arms export conditions, including that of Canada. It took issue with the actions of one NATO ally against another.

“We expect our NATO allies to avoid unconstructive steps that will negatively affect our bilateral relations and undermine alliance solidarity,” said a statement on April 14 by the Turkish Embassy in Ottawa.

Turkey also wondered why its ally continues to supply arms to Saudi Arabia, which is clearly in violation of Canadian foreign policy as it uses those arms against Yemen and has a dismal human rights record.

Others wonder why, too, including the Lawyers’ Right Watch Canada, which has called for an end of arms sales to the Saudis.

Late last month a coalition of groups blocked a railway line near London, Ontario to protest the sale of military goods to Saudi Arabia.

While Project Ploughshares, a Canadian arms overseer group, backed Canada’s stance on the cancelation of military goods to Turkey, it sided with Turkey in noting that Canada is employing a double standard with Saudi Arabia.

“Instances of Turkey’s diversion were beyond dispute, and so Canada’s decision is consistent with its obligations under domestic and international law,” said the group’s executive director Cesar Jaramillo in an email to Anadolu Agency. “As to why Canada continues exporting weapons to other countries like Saudi Arabia where there are also grounds for cancelling relevant export permits is an open question that definitely merits further scrutiny.”

While the Canadian move is irksome, in reality, it will mean little to Turkey, the chief technology officer for aviation company, Baykar, told Anadolu Agency in a recent interview.

The camera components supplied by Canada are already being developed and domestically produced, said Selcuk Bayraktar.

“The Minister of Foreign Affairs has directed officials to initiate a dialogue with Turkey to build mutual confidence and greater co-operation on export permits to ensure consistency with end-use assurances before any further permits for military goods and technology are granted,” according to the statement from Global Affairs Canada. “Applications related to NATO co-operation programs will be assessed on a case-by-case basis.”

This article originally appeared in Anadolu Agency on 16 April 2021.