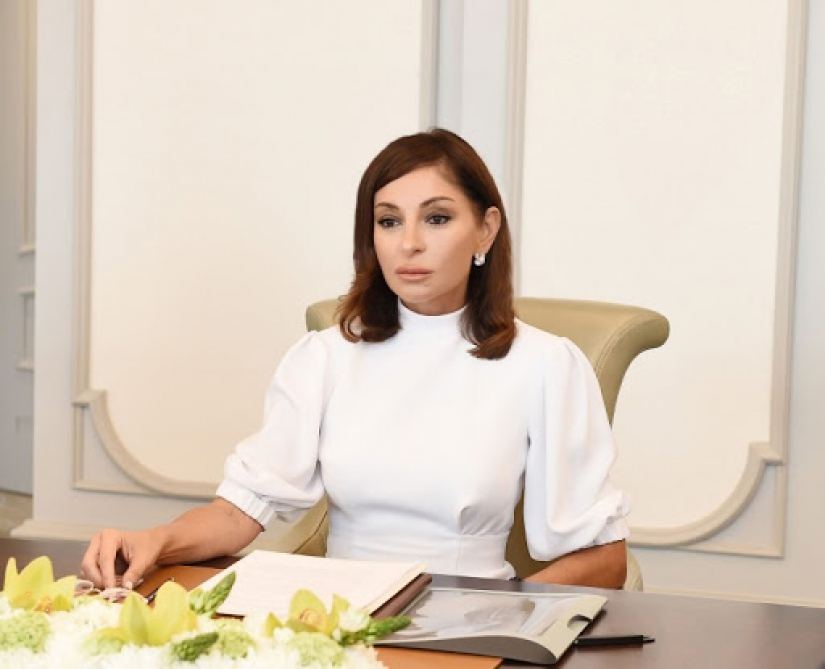 First Vice-President of the Republic of Azerbaijan Mehriban Aliyeva has made an Instagram post on Armenian armed forces’ firing rockets on the city of Ganja on October 11, 2020.

“Armed Forces of Armenia continue intensive bombardment of residential areas of Azerbaijan which is the blatant violation of the humanitarian ceasefire regime and of the Geneva Conventions of 1949.

Today, around two o’clock in the morning, the rocket strike unprecedented by its cruelty was made against the city of Ganja.

As a result of this rocket attack, as the data show, 9 people (including 4 women) have died, 34 are wounded while numerous civilian facilities came under serious blow.

It can be said that the attacks against our cities and villages continued the entire previous day. Since the moment of the entry into force of the humanitarian ceasefire regime, the Armenian side has launched 548 shells into several districts of the Republic of Azerbaijan.

Entangled by its inability to reconcile with its defeat on battlefield, the Armenian side is deliberately attacking civilian population.

I call upon the international community not to remain indifferent to all happened.

Showing a straight disrespect to the agreements reached with the mediation of Russia in Moscow, Armenia provokes a new stir up of war in South Caucasus of which the consequences will be devastating for itself.

Today, you demonstrate such best qualities of our people as unity, solidarity, compassion and mutual assistance. All it can do is to create a feeling of immense pride! Truth and justice are on our side! We will win! May Allah rest the souls of the dead. I wish the soonest recovery to all injured. May the Almighty Lord protect our Army, our People and our Motherland! Karabakh is Azerbaijan!”

This article originally appeared in Trend News Agency on 11 Oct 2021.