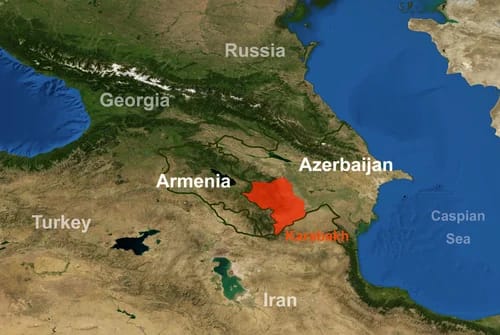 Civilian casualties surge in Karabakh, the most mined region in the world

Karabakh is thought to be one of the most heavily mined regions in the former Soviet Union, if not the world

After almost three decades of Armenian occupation, Kalbajar, together with several other provinces, was reclaimed by Azerbaijan as a part of a Russia-brokered agreement between Armenia and Azerbaijan that ended the 44-day war in Karabakh.

The agreement envisaged the evacuation of the region by Armenian forces by November 15, 2020. However, the deadline was extended to November 25 after Baku agreed to provide more time for humanitarian reasons. During this 10-day window, it is claimed, the Armenian side heavily mined the region.

According to Azerbaijan’s General Prosecutor’s office, Armenian forces used roads as a means of securing battle positions during the war, mining every area from which they retreated. The Azerbaijan National Agency for Mine Action (ANAMA) echoed these claims, suggesting that the Armenian army was mining “almost everywhere” in order to slowdown the advance of the Azerbaijani forces.

Quite recently on a local TV show, Colonel Koryun Ghumashyan of the Armenian forces confirmed that he and his contingent placed 17 truckloads of mines near Lachin and Kalbajar during their retreat.

Mines pose an imminent threat to those living in and returning to the region, adding to the deterioration of an already fragile humanitarian situation in the region. It is estimated that after the end of the Second Karabakh War, more than 120 people have died in the areas evacuated by Armenian forces, resulting in 22 fatalities and 100 live-changing injuries.

The UN and the US also estimated that there are more than 100 thousand landmines in the area. According to the United Nations Development Programme, more than 120 people have been killed by landmines in Karabakh since 1994. However, with the latest incident this month, that number is likely to increase.

The need for surrendering minefield maps 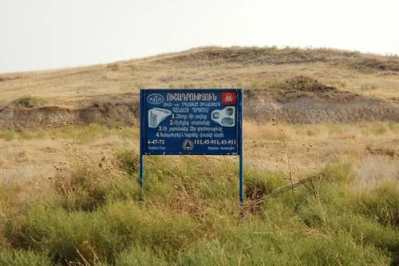 The Committee to Protect Journalists issued a statement, which condemned the loss of two Azerbaijani journalists who had been encouraging safety measures.

“Armenian authorities should share their landmine maps with the members of the press to ensure that no other journalists become victims in the conflict”, CPJ’s Europe and Central Asia program coordinator, Gulnoza Said, warned.

The Azerbaijani Journalist Union also came out with a strong reaction against Armenia, saying that refusing to share mine maps is “violating international law”.

Reporters Without Borders (RSF) also addressed the tragic event, calling for a fully transparent investigation into the matter. “Other journalists wanting to report in this region could suffer the same fate or could be deterred from going”, Jeanne Cavelier, the head of RSF’s Eastern Europe and Central Asia desk, said.

“We remind the Azerbaijani authorities that they have a duty to protect journalists when they are working, and we ask them to shed all possible light on this tragic accident and to conduct a fully transparent investigation.”

So far, the Armenian side has refused to hand over the landmine maps, with some claiming that such maps do not exist, which makes the situation even more complicated.

Russia and Turkey are among the countries participating in the demining process in the region. Both sides have deployed a combined staff of 240 military personnel to go through the region and demine it.

HALO trust, a British charity organisation, is also working on the demining process in the region, and has cleared more than 500 minefields since 2000.

However, without the involvement of the Armenian side, the process of full demining of the area could take up to ten years and cost millions, organizations such as ANAMA have warned.

Aside from the demining process, Karabakh’s infrastructure has been deliberately destroyed over the years, and this is yet another issue that needs to be addressed after the safe completion of the mine clearance process.

This article originally appeared in Brussels Morning on 11 June 2021.