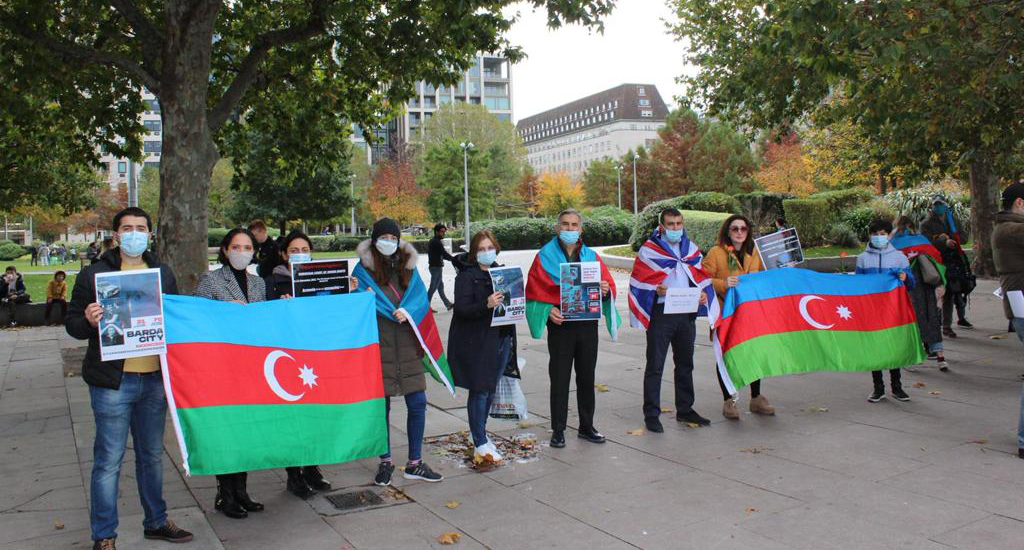 Civilian Victims in Barda Highlighted to the British Public

The civilian victims of the indiscriminate Armenian cluster bombs and Scud missiles launched on Barda this week have been highlighted during a peaceful protest in the touristic heart of London. On the South Bank of the River Thames, near the London Eye Ferris wheel, more than 100 Azerbaijanis and supporters of international law raised their voices in unison to shout such slogans as: “Stop Armenian terrorism”; “We are Barda”; “Karabakh is Azerbaijan” and “We want to go home”. 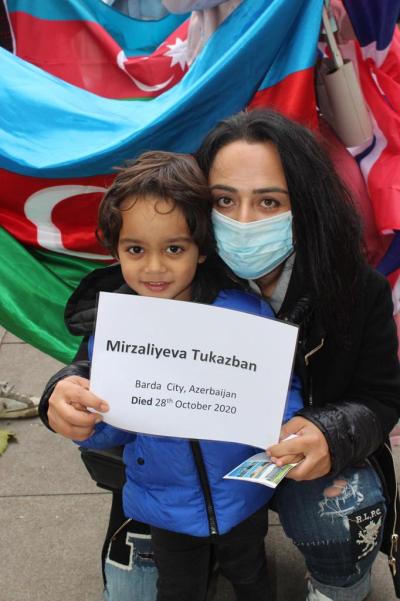 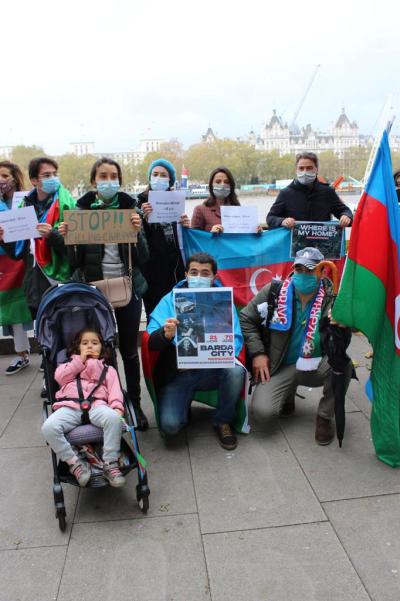 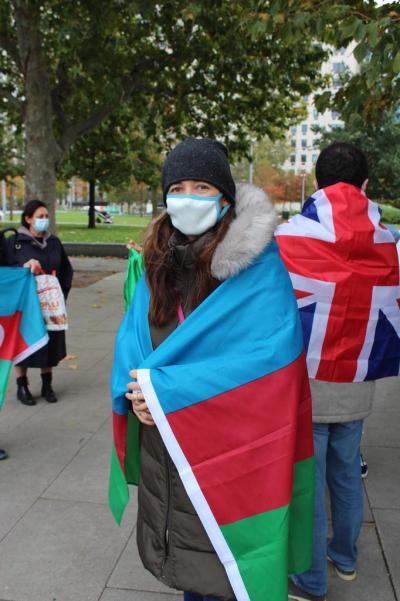 Candles were lit and flowers were laid in commemoration of the victims. During an emotional moment, all Azerbaijanis joined together to sing their National Anthem, the music to which was composed by Uzeyir Hajibeyli, a son of Shusha, the most significant city in the Armenian-occupied Azerbaijani region of Nagorno-Karabakh. This is was one of many demonstrations organised to raise awareness of Armenian aggression to the multinational British public. 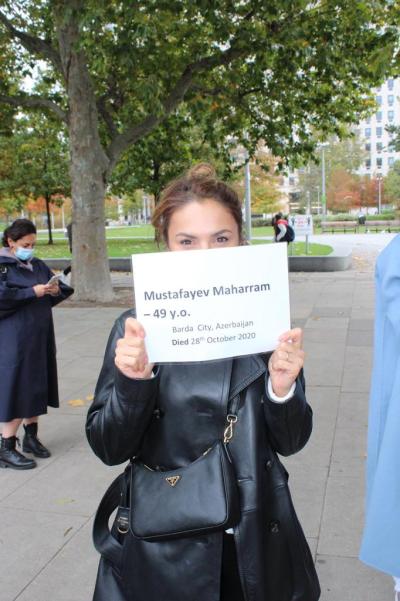 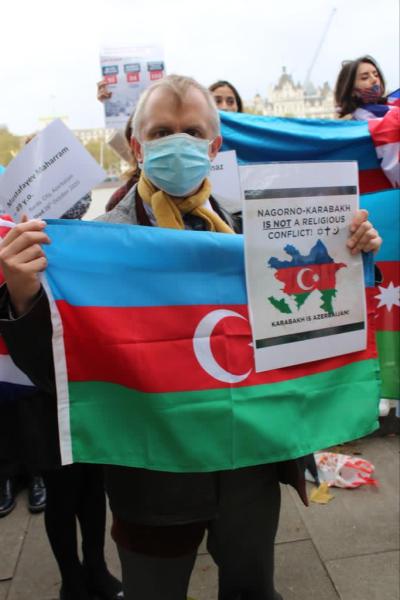 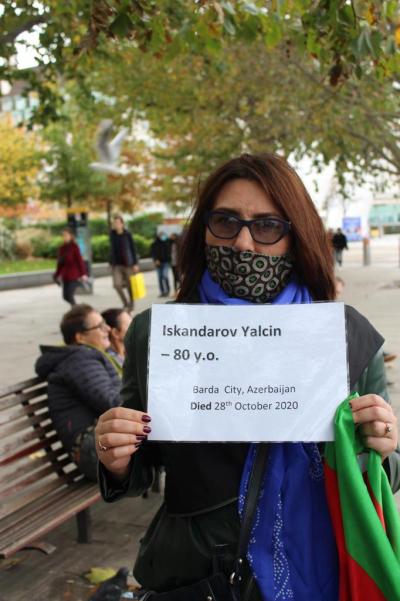