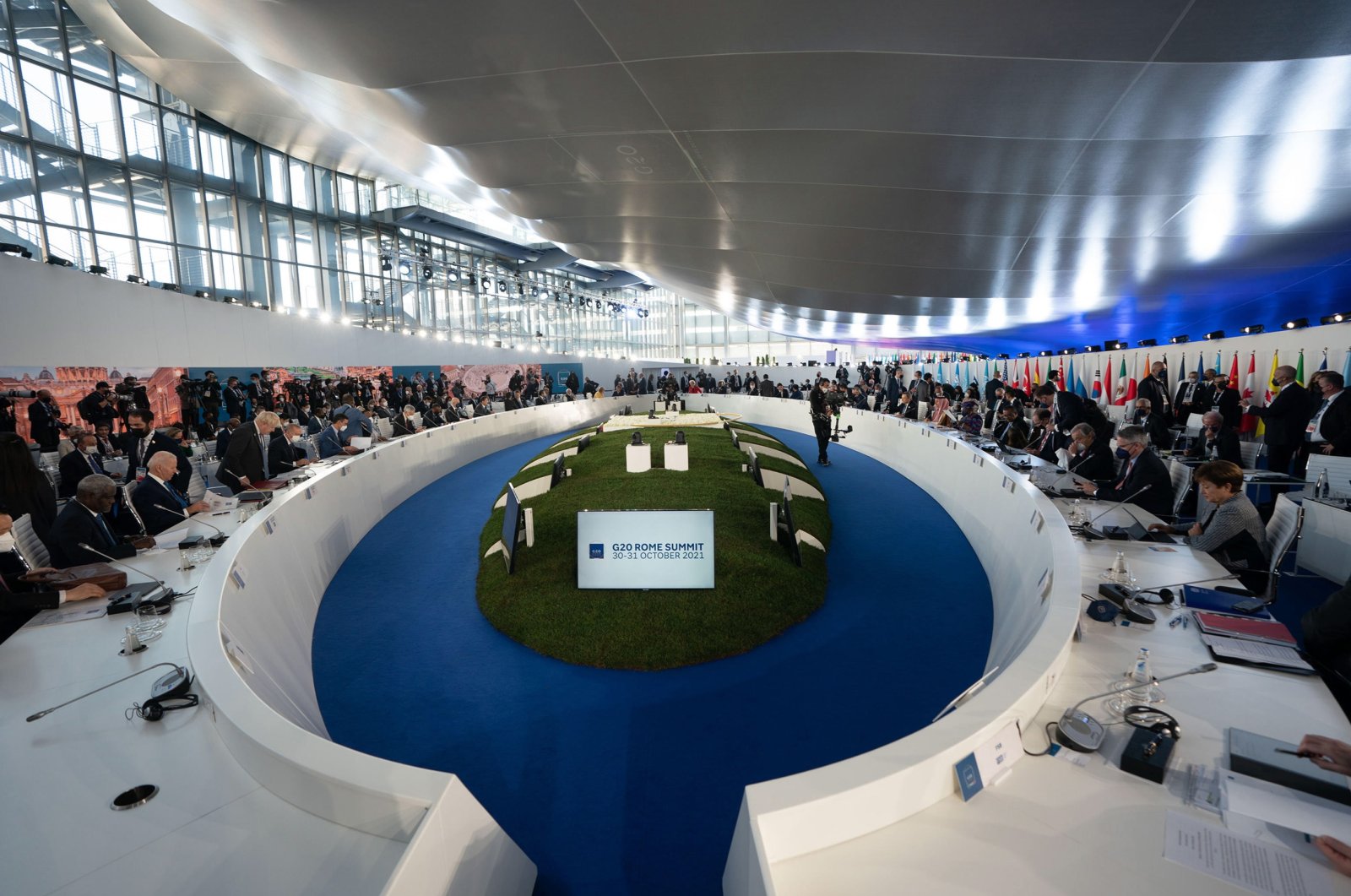 Leaders of the Group of 20 major economies sit down for a second day of talks on Sunday faced with the difficult task of bridging their differences on how to combat global warming ahead of a crucial United Nations summit on climate change.

The first day of the Rome summit – the leaders’ first face-to-face gathering since the start of the COVID-19 pandemic – focused mainly on health and the economy, while climate and the environment is front and center of Sunday’s agenda. The leaders agreed on a 15% global minimum corporate tax on the first day of the summit.

Climate scientists and activists are likely to be disappointed unless late breakthroughs are made, with drafts of the G-20’s final communique showing little progress in terms of new commitments to curb pollution.

The G-20 bloc, which includes Brazil, China, India, Germany and the United States, accounts for an estimated 80% of the global greenhouse gas emissions which scientists say must be steeply reduced to avoid climate catastrophe.

For that reason, this weekend’s gathering is seen as an important stepping stone to the U.N.’s “COP26” climate summit attended by almost 200 countries, in Glasgow, Scotland, where most of the G-20 leaders will fly directly from Rome.

“The latest reports are disappointing, with little sense of urgency in the face of an existential emergency,” said Oscar Soria of the activist network Avaaz. “There is no more time for vague wish-lists, we need concrete commitments and action.”

A fifth draft of the G-20’s final statement seen by Reuters on Saturday did not toughen the language on climate action compared with previous versions, and in some key areas, such as the need to achieve net zero emissions by 2050, it softened it.

This mid-century target date is a goal that U.N. says is needed to cap global warming at 1.5 degrees Celsius (2.7 degrees Fahrenheit), seen as the limit to avoid a dramatic acceleration of extreme events such as droughts, storms and floods.

U.N. experts say even if current national plans to curb emissions are fully implemented, the world is headed for global warming of 2.7 degrees Celsius.

The planet’s largest carbon emitter China, is aiming for net zero in 2060, while other major polluters such as India and Russia have also not committed to the mid-century deadline.

G-20 energy and environment ministers who met in Naples in July failed to reach an agreement on setting a date to phase out fossil fuel subsidies and end coal power, asking the leaders to find a resolution at this weekend’s summit.

Based on the latest draft, they have made little progress, pledging to “do our utmost” to stop building new coal power plants before the end of the 2030s and saying they will phase out fossil fuel subsidies “over the medium term.”

On the other hand, they do pledge to halt financing of overseas coal-fired power generation by the end of this year.

Some developing countries are reluctant to commit to steep emission cuts until rich nations make good on a pledge made 12 years ago to provide $100 billion per year from 2020 to help them tackle the effects of global warming.

That promise has still not been kept, contributing to the “mistrust” which U.N. Secretary General Antonio Guterres said on Friday was blighting progress in climate negotiations.

The draft stresses the importance of meeting the goal and doing so in a transparent way.

This article originally appeared in DAILY SABAH on 31 Oct 2021.