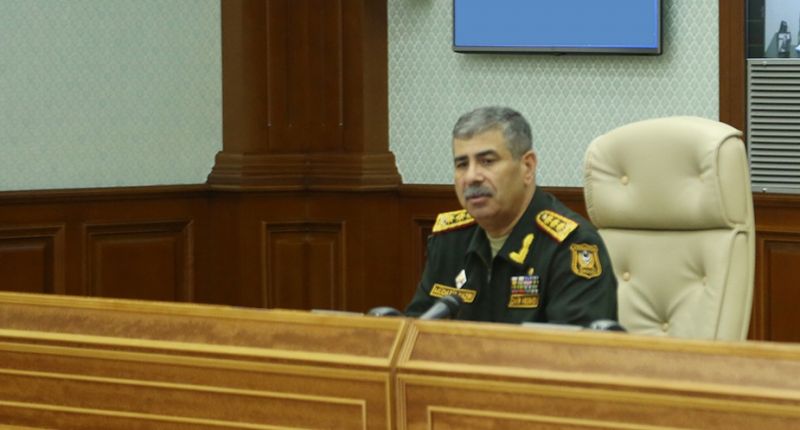 On May 31, the Minister of Defense Colonel General Zakir Hasanov held an official meeting. Attending the meeting via video communication were Deputies Defense Ministers, Combat Arms Commanders, Chiefs of Main Departments, and Services of the Ministry, as well as Commanders of Army Corps and Units in the liberated territories, other officers. Colonel General Zakir Hasanov analysed the situation arising from the latest provocations of the Armenian armed forces in Kalbajar and Lachin regions of the Armenian-Azerbaijani state border. The Minister informed the meeting participants about instructions and tasks by the President of the Republic of Azerbaijan, Supreme Commander-in-Chief of the Armed Forces, Mr Ilham Aliyev in terms of the operational situations.

Emphasising the issues arising from the organisation of service and combat activities, the Defense Minister instructed the command of military units stationed in the liberated territories to take decisive steps and urgent actions to suppress enemy provocations.