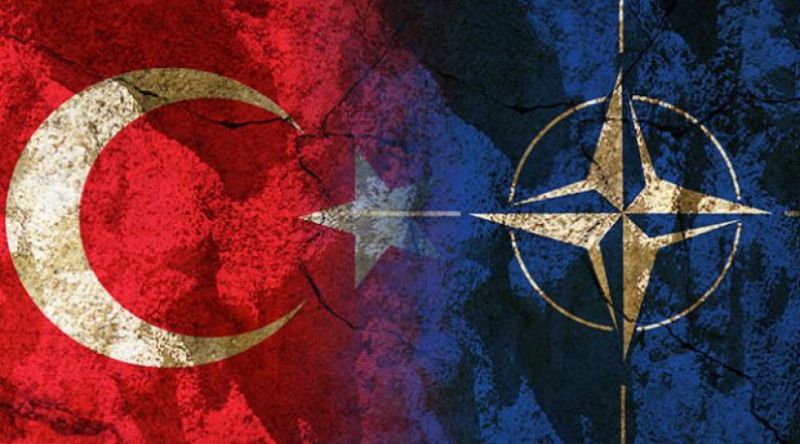 Confused Sarkissian appeals to the EU and NATO

Unable to resist the operations of the Azerbaijani army to liberate its lands, Armenian President Armen Sarkissian has appealed to the European Union and NATO, calling on “everyone in Brussels to put pressure on Turkey”. Claiming that Turkey supports Azerbaijan in its military operations, the Armenian President took it upon himself to convey to the EU and NATO leadership that this could change the geopolitics in the region.

This is one of the extensions of the concept that Armenia has been trying to put into circulation since the reignition of the Armenian–Azerbaijani conflict: describing Azerbaijani military operations as a ‘war between Turkey and Armenia’ to gain international support. It seems that the problem of Yerevan is actually deeper than is immediately apparent, and that this despair has reached such a level that even an accusation can no longer be made with the simplest logic and mathematics. Thus, they start stating that the “geopolitics of the region” will change when they cannot get support from the world by falsely claiming that they are at war with Turkey.

If the “geopolitics of the region” changes, shouldn’t the responsibility for the current geopolitics be attributed to Russia, which has controlled the region for two centuries? Doesn’t Russia, which changed the geopolitics of the region two centuries ago by bringing Armenians to the Turkic lands in the Caucasus and using them for its own purposes, now see that, as Sarkissian claims, “Turkey will change that policy”? If not, what can NATO do about it? How is this the fault of NATO, if it does not intervene or have the power to do so? Maybe NATO desires a change in geopolitics, but this is unbeknownst to the Armenian president, who considers it his duty to inform Brussels that a country that has been a NATO member for 68 years will “change the geopolitics in the Caucasus”.

As it is said in Turkish, it is the case of “having more holes than Swiss cheese”. It has been repeatedly stated that it is unnecessary for the Azerbaijani army to request additional support to liberate its lands. Furthermore, when it comes to support, the vast majority of the Turkish population is with Azerbaijan, which they consider a brother nation.

The statements of the Turkish leadership that: “We will support Azerbaijan, both in the field of operations and at the table” do not mean that the armed forces will participate in operations on the Azerbaijani side. On the other hand, if the Armenian Head of State is looking for a “geopolitical change”, NATO is at the forefront of the international organisations in the region that desire that change. Furthermore, they have already attempted to realise this objective in the Black Sea region, before the Caspian region.

As a member of the alliance, Turkey has provided support in the strengthening of Ukrainian co-operation with NATO, and in the calls and decisions taken to accelerate Georgian membership to NATO. If, as the Armenian President claims: “Turkey’s support for Azerbaijan will change the geopolitics in the Caucasus”, no-one, especially Armen Sarkissian, should doubt that NATO has a positive opinion. So what is the logic and mathematics behind the complaint against Turkey to Brussels?

Just as it is illogical for Azerbaijani lands to remain under Armenian occupation for an extensive period, President Sarkissian’s complaint against Turkey to NATO is a logical consequence of the same illogicality.

Apparently, in the light of this illogicality, Armen Sarkissian has stated that, despite being a NATO member, Turkey acts independently of NATO, is not responsible for its actions before NATO, and Brussels does not demand any explanation from Turkey. Therefore, it has complained against one of the oldest members of NATO, stating that it will change the geopolitics of the Caucasus and must be stopped.

In fact, with this appeal on Twitter, President Sarkissian has put Russia in a difficult situation, for Armenia has been its tool for two centuries. So, doesn’t the appeal suggest that Russia will be unable to intervene in Turkey’s intention to “change the geopolitical situation in the region”?

What do you think?