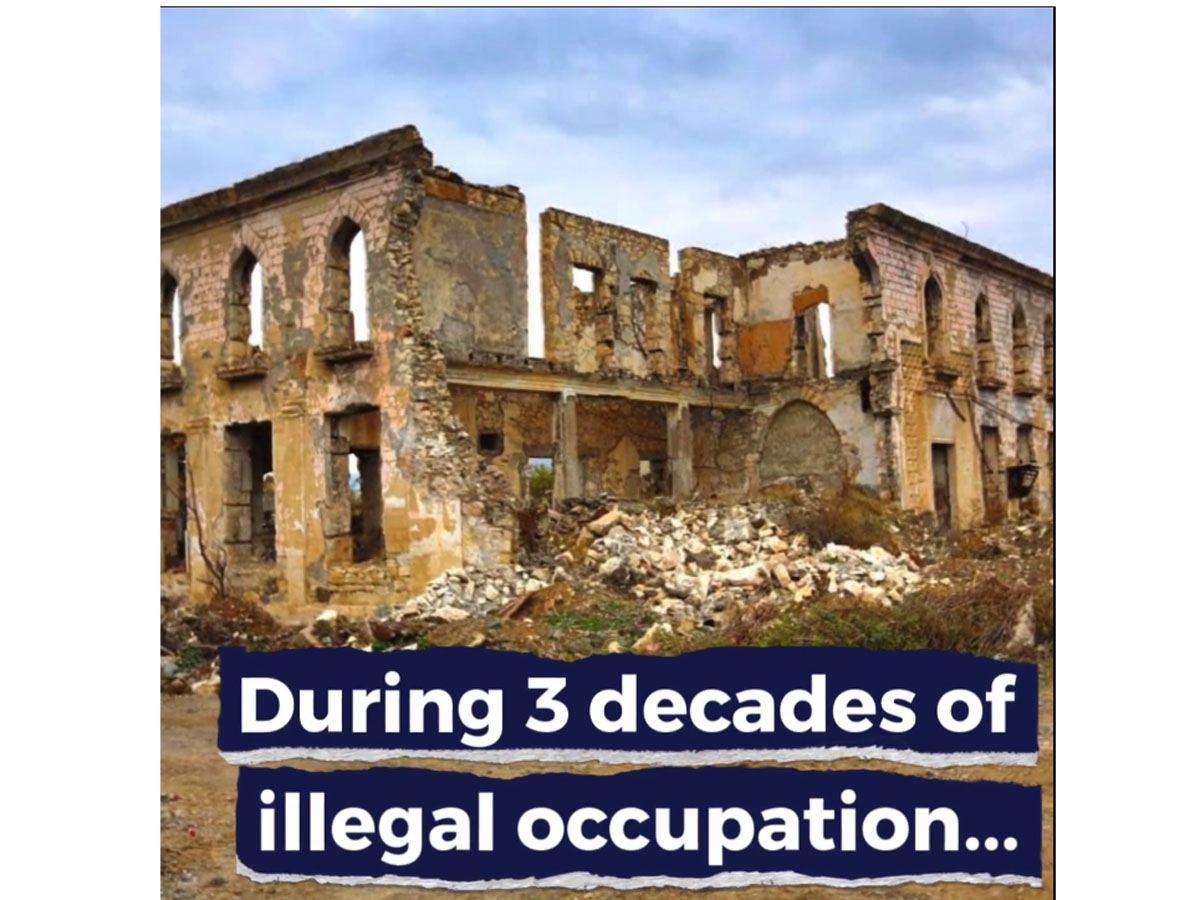 The Consulate General of Azerbaijan in Los Angeles has produced a short film on the destruction and cultural cleansing in Karabakh by Armenia, according to Azerbaijan in Focus, reporting Trend News, with reference to the Consulate.

The film mentions that after Azerbaijan has liberated its territories from Armenia’s 30-year-long occupation in 2020, the scale of massive destruction and cultural cleansing committed by Armenia during these years has become clear.

It is highlighted that in the early 1990s Armenia invaded 20 percent of Azerbaijan’s sovereign territory and expelled 800,000 Azerbaijanis from their ancestral lands. During three decades of illegal occupation almost every Azerbaijani village, town and city was looted and destroyed by Armenia.

“All houses of expelled Azerbaijanis were plundered and dismantled brick by brick,” the film says.

“Once-thriving Azerbaijani cities like Aghdam, Fuzuli, Jabrayil, Qubadli and others were obliterated. Armenia contaminated the occupied lands with countless land-mines and still refuses to share the maps of minefields,” the film said.

Moreover, it underlines that Armenia systematically decimated cultural and historical monuments in Karabakh in order to erase all traces of Azerbaijani culture and history. Mentioning that out of 67 Azerbaijani mosques, 63 were desecrated and destroyed, the film highlights that many historical mosques, including the Juma Mosque of Aghdam (1870), Zangilan Mosque (17th century) and Mamar Mosque (18th century) in Qubadli, were turned into pigsties and cowsheds. The film includes photos and videos of this horrible desecration.

“Even graveyards were not spared. Overall, during 30 years of Armenian occupation, 927 libraries, 44 temples, 473 historical sites, palaces and museums were wiped out,” the film says.

The film, which has been widely shared on Facebook and Twitter, has been sent by the Consulate General to members of the US Congress, especially to pro-Armenian senators and congresspersons, as well as to state elected officials from California and other Western states.

The film was also sent to various US media outlets, various religious and ethnic communities, and academic and cultural institutions and other organisations.

The film can be watched here.