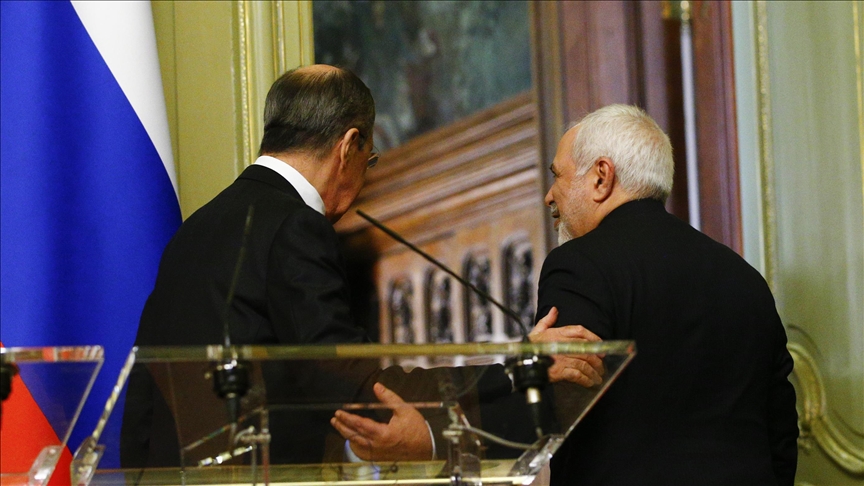 Russia and Iran are currently working to renew the long-term comprehensive cooperation agreement signed 20 years ago, as levels of relations between the two countries have gone up over the past decade. Iranian envoy in Moscow Kazem Jalali, recently said that countries are on the way to draw from a wider array of “opportunities and potential”.

Recently a report by a popular energy news website Oilprice.com had created a flutter in the relations between the two countries. The portal reported that Iran has ceded Caspian Sea gas rights to Russia. The website claimed that two Russian companies have secured 40% shares in a long-term development contract for the Chalous gas field, following a recent discovery of gas in the Caspian Sea. Analysts believed that the timing of the circulations of such news was aimed to embarrass the Russians who are leaning heavily on Europeans to buy gas and also to raise doubts about Moscow’s present and future cooperation with Iran.

Regarding the nature of Iran’s cooperation with China and Russia for the development of Chalous reserves, Mehdi Mirakhori, spokesman for Iran’s Caspian Oil Company pointed to a set of factors that may have contributed to the confusion. He said the energy portal had misreported and misrepresented the facts and wrongly translated some domestic news reports. Some foreign media outlets had quoted these reports and vested interests had lapped upon them to harm Iran-Russia relations.

A similar campaign was also launched when in March the then Iranian Foreign Ministers Javad Zarif had inked a comprehensive strategic partnership agreement in Tehran with his Chinese counterpart Wang Yi for 25 years. The agreement provides cooperation between the two countries in spheres including investment, defense, and energy. Before and after the signing of that pact, many reports were in circulation attempting to place Iran’s regional cooperation pursuits under serious doubts.

The gas volumes at Chalous projected by some news outlets are likely exaggerated. While presenting it as an alternate source of gas supply to Europe, some reports overlooked cost constraints and logistics considerations. There is a need to confirm the actual volume of the reserve, preferably using specialized companies with relevant international experience, says Stanislav Mitrakhovich, an expert at the Russian National Energy Security Foundation.

Tough for Iranian geologists to explore

Some experts have questioned if the Chalus field may possess the purportedly “gigantic” reserves or if Iran could locate such volume. According to Ilahm Shaban an economist from Azerbaijan, Iranian geologists cannot discretely explore global resources with the existing capacity.

Even if at the design stage the plans were kept secret, the survey happens in full view of the whole world. For example, to determine the optimal drilling point, it is necessary to put special ships out to sea and pursue 2D and 3D seismic work for several weeks. Such activity could have been easily monitored by the energy surveillance industry.

The exaggerated projections have not taken into consideration that gas-bearing layers lie at a depth of 5800-7300 meters (19,028-23,950 feet) in the deep water in the Caspian Sea, said Shaban.

“All these deposits are of complex geological configuration and that such layers have abnormally high pressure. It is these factors that contribute to Azerbaijan’s investment of a billion dollars in a new sixth-generation drilling rig. There is no such technology in Iran, and it is not expected shortly. Due to sanctions and lack of funds, Tehran is unable to invest even in onshore fields which are comparatively easily accessible,” he added.

Despite having identified significant prospects about the presence of hydrocarbons in the southern areas of the Caspian Sea, many preventive and competitive factors remain at work. Factors such as economic fluctuations, the discovery of oil and gas shales, high operating costs and risks, and insufficiently trained cadres could not encourage Iran to develop and expand the industry and introduce new technologies to extract gas.

Sergei Pravosudov director of the Institute of National Energy said the announcement of any new fields does not change the situation in any way and does not remove the existing obstacles to the export of gas from Iran.

“Iran has the second-largest reserves of natural gas, which theoretically could have been supplied to Europe. However, this is not happening due to the US imposed restrictions and the difficulty of transportation,” he said.

Mitrakhovich noted that even without a new field, Iran possessed significant reserves and has been viewed as a potential competitor of Russian gas in Europe.

“We are direct competitors in the hydrocarbon market… It has been rather profitable for Russian companies while Iranian oil and gas had limited access to world markets due to Western sanctions,” he acknowledged.

Many energy experts in Iran and Russia consider it crucial to reach a consensus over export volume, price, and destination for future coordination. Some suggest that tapping the Iranian gas wells at Chalous reserves in the Caspian Sea would only be more profitable if Iran’s demand for gas grows much higher than its output level.

“It is too expensive to transport gas from Iran to Europe bypassing Turkey. It will be necessary to run a gas pipeline through Azerbaijan to Georgia or lay a gas pipeline across the Black Sea or build an LNG terminal. Both options are extremely expensive. Russia benefits from the current situation when Iran does not have access to European or Asian markets. So, we don’t have new competitors” said Igor Yushkov from the Russian University of Finance.

“Beijing, most likely, will not invest in the development of the Iranian field to supply gas to Europe,” the expert said. Besides, investors in such a project may be afraid of possible US sanctions.

Europe continues to seek options to diversify gas supplies to reduce the large volume of Russian gas in Europe, noted an analyst at the Center for Political Information (RF) Ivan Pyatibratov,

He said Europe itself, is interested in Iranian gas, but the EU itself will not be able to allocate all prerequisite funding for the new Iranian gas fields.

Russia proactively pursues all opportunities to maintain a dominant share in the European gas market, whereas European buyers seek alternate supplies especially from Azerbaijan via Turkey and the Adriatic.

Zaki Shaikh is a UK-based analyst and has worked with universities in three Central Asian countries.

This article originally appeared in Anadolu Agency on 20 Nov 2021.