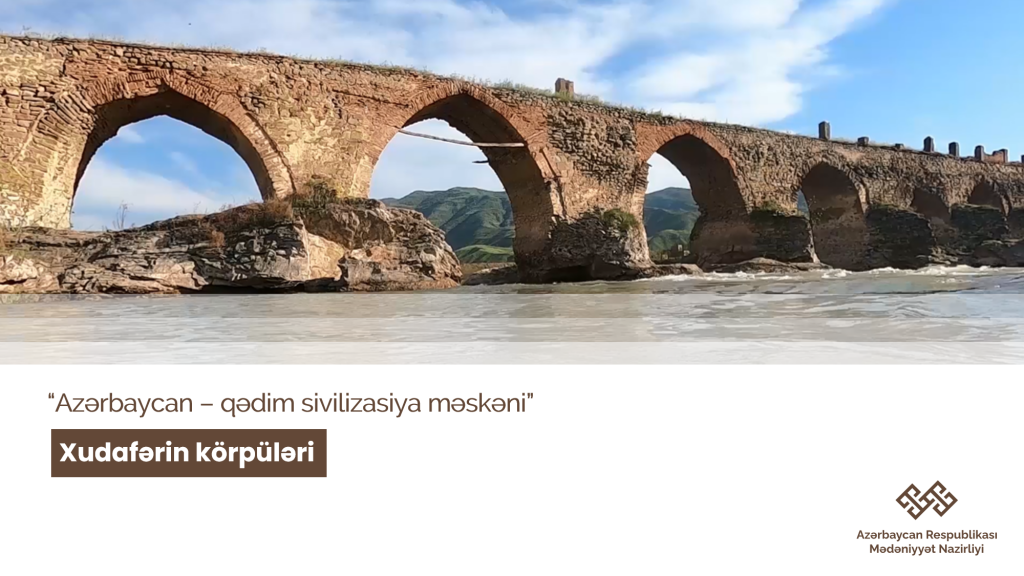 The Culture Ministry has released another video within “Azerbaijan – the cradle of ancient civilization”, according to Azerbaijan in Focus, reporting Azernews.

The video called “Khudafarin Bridges” is dedicated to a historical and architectural gem.

There are two Khudafarin bridges connecting the northern and southern banks of the Araz River in the Jabrayil region.

Khudafarin bridges played a huge role in the development of the Great Silk Road and had exceptional military-strategic importance.

After the occupation of the Jabrayil District by Armenian invaders in 1993, the Khudafarin bridges were seriously damaged.

On October 4, 2020, the Azerbaijani Armed Forces liberated Jabrayil, where the Khudafarin bridges are located, and several villages of the region from Armenian occupation.