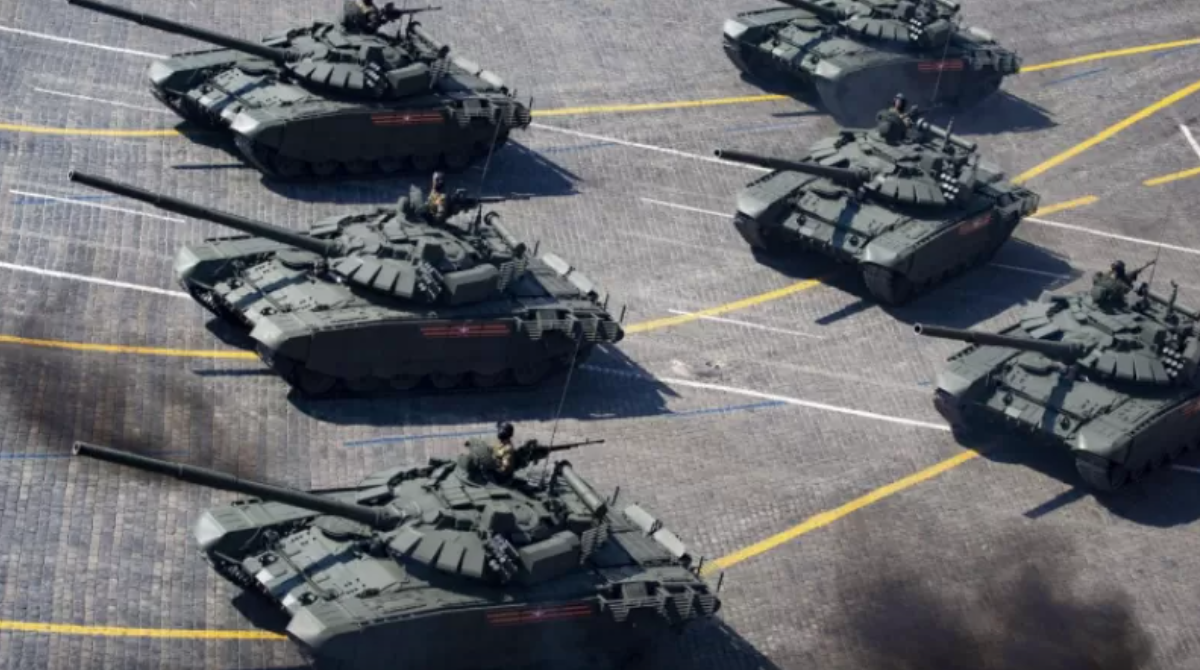 The Czech Republic has delivered tanks, multiple rocket launchers, howitzers and infantry fighting vehicles to Ukraine among military shipments that have reached hundreds of millions of dollars and will continue, according to Azerbaijan in Focus, reporting Turan News, citing the two Czech defence sources.

Ukraine has repeatedly called on the West to urgently supply more weapons, especially heavy equipment, as Russian forces regroup in the country’s east for a new offensive after withdrawing from areas around the capital Kyiv and other regions.

NATO members are providing a wide range of weapon systems to the country, NATO Secretary-General Jens Stoltenberg said on Thursday.

The Czech Republic – a former Soviet satellite as part of then Czechoslovakia – has spare equipment that Ukrainian forces are familiar with in storage as well as a defence industry focused on upgrades and trade in such weapons. It has been among the most active EU nations in backing Ukraine.

Defence sources confirmed to Reuters a shipment of five T-72 tanks and five BVP-1, or BMP-1, infantry fighting vehicles seen on rail cars in photographs on Twitter and video footage this week, but those were not the first shipments of heavy equipment.

“For several weeks, we have been supplying heavy ground equipment – I am saying it generally but by definition, it is clear that this includes tanks, infantry fighting vehicles, howitzers and multiple rocket launchers,” a senior defence official said.

“What has gone from the Czech Republic is in the hundreds of millions of dollars.”

The sources declined to discuss the numbers of weapons supplied.

The senior defence official said the Czechs were also supplying a range of anti-aircraft weaponry.

Independent defence analyst Lukas Visingr said short-range air-defence systems Strela-10, or SA-13 Gopher in NATO terminology, have been spotted on a train apparently bound for Ukraine, in line with a report in Czech weekly respekt.cz.

The Defence Ministry declined to comment on concrete military aid. Reuters has asked the Ukrainian government for comment although it normally declines to give information on weapons shipments.

One agreed shipment publicised by the German government includes 56 Czechoslovak-made infantry fighting vehicles that used to be operated by East Germany and by Sweden.

They were later sold to Czech arms firm EXCALIBUR ARMY, part of industrial and defence holding CZECHOSLOVAK GROUP that is instrumental in the Czech supplies to Ukraine.

It said its supplies since the war started included heavy equipment.

The Czech programme to ship weapons includes money raised by public fundraising by the Ukrainian embassy, which has raised $37.45 million, according to the embassy website.

The embassy did not respond to a request for comment.

Funding also comes in the form of Czech government gifts of army equipment and ammunition – worth over $44.51 million to date, according to the Defence Ministry – and from Ukrainian and other governments, the defence official said without giving further details.

Sourcing, of both light and heavy weapons, is done from army stockpiles and through Czech defence companies and their network of contacts in other countries, the sources said.

Visingr said the Czech army had possibly around 60 tanks and a three-digit number of fighting vehicles and CZECHOSLOVAK GROUP had even more pieces of heavy equipment in a storage that could be potentially supplied to Ukraine.

The fact that a lot of the equipment has not been modernised is a plus for Ukraine due to time constraints, he said.

“That is a benefit, not a deficiency. These are things the Ukrainians know perfectly.”

The Czech Republic has also been in talks with Ukraine about repairing damaged Ukrainian equipment.

The defence source said this could be equipment in Ukrainian storage that needed repairs, or equipment damaged in the fighting. Czech repair companies were being consulted about their possibilities, the source said.