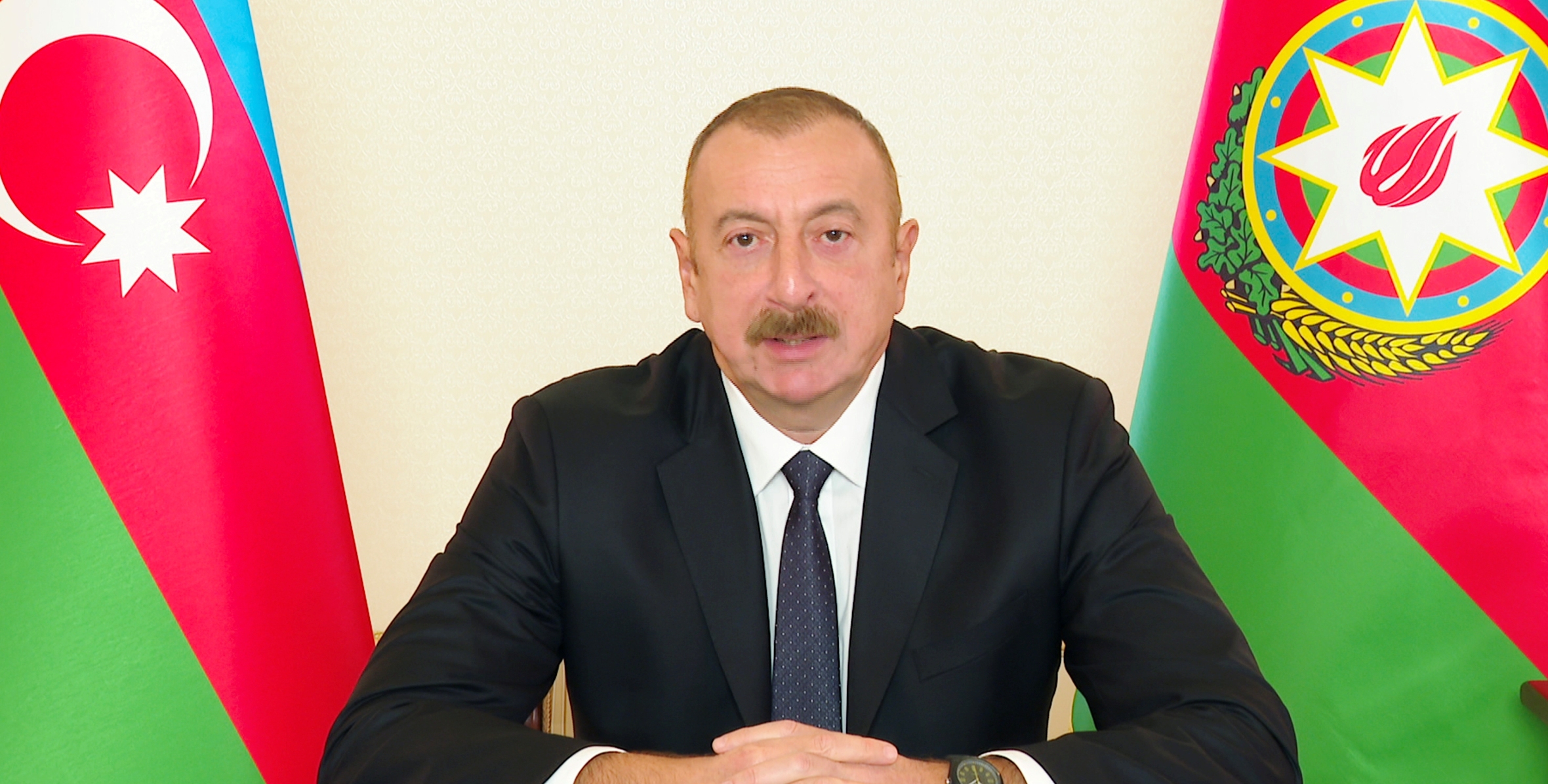 Dear former IDPs, you are not IDPs any longer – President of Azerbaijan

Dear former IDPs, you are not IDPs any longer, President of the Republic of Azerbaijan, Victorious Commander-in-Chief Ilham Aliyev said during meeting with the servicemen undergoing treatment at Clinical Medical Center No 1, Trend reports.

“I address them in the presence of our heroic soldiers and officers: you are not IDPs any longer, you are going home. We will get you back. Those sitting here, thousands of our soldiers and officers are returning you to your native lands. We, the Azerbaijani state, will do our best to take you back as soon as possible. First of all, of course, security measures must be taken. The hated enemy has planted mines almost everywhere in those areas. Now the mine clearance process must begin. We will now involve international organizations. Because we have limited internal capacity to do this in a short time. First of all, security, then infrastructure, then all other restoration issues will be addressed. At the same time, as you know, during these 44 days, the enemy wanted to avenge its defeat on civilians. As a result, 93 civilians were killed, more than 400 civilians were injured, more than 3,000 buildings were either destroyed, burned or damaged. I have already instructed to send groups to the regions, so the damage is being calculated. All the destroyed houses will be rebuilt at the expense of the state. All the damaged houses will be restored by the state. The lost property of our citizens will be restored, lost livestock will be given to citizens. So our citizens can rest assured that all their lost property will be restored. I promise that the houses to be built for them will be better, of higher quality and more spacious than the previous ones. We will do all that. For us, the well-being and security of our people is the priority issue. But during this period, the most important issue for me was to return our lands, restore our territorial integrity, raise our flag in Shusha, raise our flag in all other occupied lands. We have achieved this!” the head of state said.

This article originally appeared in Trend News Agency on 11 Nov 2020.