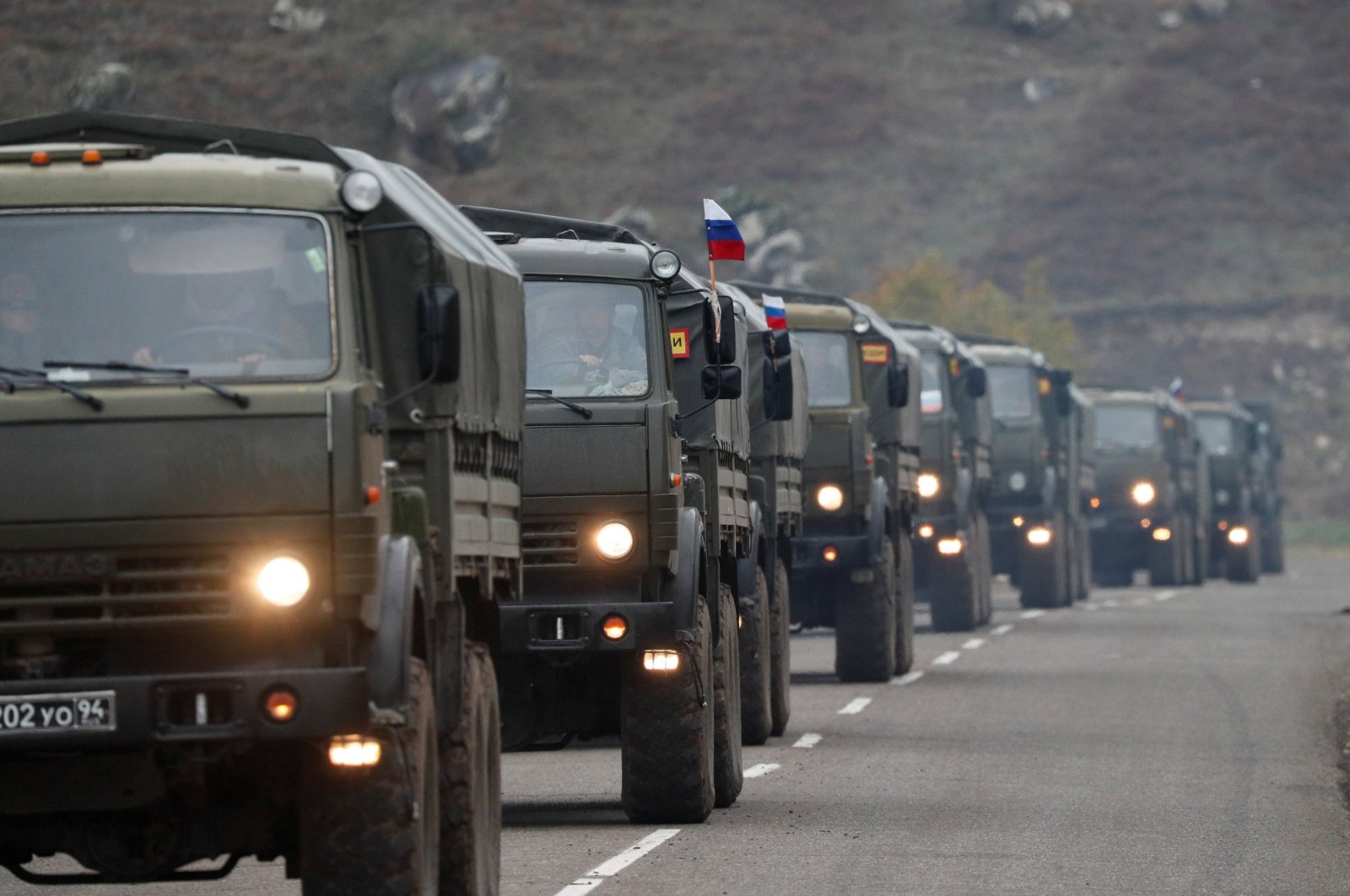 Decisive steps by Armenia critical for cooperation in South Caucasus

The normalization and regional cooperation processes among Türkiye, Azerbaijan and Armenia in the South Caucasus depend on the decisive steps to be taken by the administration in Yerevan, experts said amid the renewed tensions in the Karabakh region, underlining the lack of trust among regional actorsç according to Azerbaijan in Focus, reporting Daily Sabah.

While the ongoing diplomatic negotiations for a permanent peace between Armenia and Azerbaijan and the ongoing normalization process between Türkiye and Armenia have recently harbored a positive atmosphere in the region, they also heralded the steps of comprehensive regional cooperation. However, as a result of the recent increase in tension in the Karabakh region, Armenia-Azerbaijan relations have turned hostile again. Türkiye has adopted a discursive position on the side of Azerbaijan and against Armenia.

Ümit Nazmi Hazır, a political scientist at the Higher School of Economics in Moscow, basically listed three problems for the renewal of tensions in the region: the unresolved border disputes, the role of Russian peacekeepers and the ongoing presence of Armenian forces.

He stated that there are still uncertainties over the determination of borders in the region. Moreover, Hazır said that Russian peacekeepers are still deployed in these disputed regions and have no intention to leave soon.

“This leads Armenian forces to stay there and to attack Azerbaijani forces in areas under the responsibility of Russian peacekeepers.”

According to the agreement signed after the Karabakh war in 2020, Armenian forces had to withdraw from the specified areas in the Karabakh region and surrounding territories, noted Tutku Dilaver, an analyst at the Ankara-based Eurasian Studies Center (AVIM).

“After the withdrawal of Armenian forces from some regions, Azerbaijan even started settlement and infrastructure works in the Aghdam area. However, we see that there are still conflicts in the region. We first saw that the conflict between Azerbaijan and Armenia was beyond Aghdam, around the village of Farux, near Khojaly. A timetable and planning for the evacuation of this area were not included in the November 9 agreement. Then we saw that the clashes took place in the regions south of Karabakh.”

According to Dilaver, these conflicts are a result of a similar situation. Accordingly, the Khojavend district and its surrounding areas were captured by Azerbaijan during the 2020 war and they were not included in a specific article of the agreement.

“Therefore, we see here from time to time that the Armenian forces clashed with the Azerbaijani forces. We understand that especially the illegal Armenian administration in Karabakh wants to turn the November 9 agreement in their favor. Also, the events that took place on the Lachin line in recent days also shed light on the Armenian side’s desire to interpret the deal in its favor.”

As Dilaver noted, Article 4 of the deal stated that “Russian peacekeepers would be deployed in parallel with the withdrawal of Armenian forces.” Article 6 also stated that “The Lachin corridor will guarantee the connection of Nagorno-Karabakh with Armenia and at the same time remain under the control of the Russian Federation peacekeepers, without affecting Shusha.”

“The interpretation of the illegal administration in Karabakh to these articles is as follows: Article 4 concerns the withdrawal of Armenian armed forces only from places where Russian peacekeepers will be located, not from the whole of Karabakh. Peace forces have not yet settled on the entire Lachin line. This is not possible as this is a large area. Therefore, Armenian soldiers must be present in order to protect the rights of Karabakh Armenians in places where peacekeepers are not settled. This interpretation actually shows us clearly why the conflicts are intensifying.”

Relations between the two former Soviet countries have been tense since 1991 when the Armenian military occupied Karabakh, a territory internationally recognized as part of Azerbaijan, and seven adjacent regions. New clashes erupted in September 2020 and the 44-day conflict saw Azerbaijan liberate several cities and more than 300 settlements and villages that were occupied by Armenia for almost 30 years. Türkiye was a key backer of Azerbaijan during the 44-day Nagorno-Karabakh war between Azerbaijan and Armenia, which erupted on September 27, 2020, and ended with a Russian-brokered cease-fire and sizeable Azerbaijani gains on November 10.

Azerbaijan last week announced that it has regained control of several strategic locations in the Karabakh region. Tensions have flared since an Azerbaijani soldier was killed in an Armenian firing in the border region of Lachin, pushing Baku to launch a retaliatory operation against Armenian forces in Karabakh. Azerbaijan has repeatedly pointed to Armenia’s failure to meet the provisions of the 2020 agreement signed by the two nations plus Russia, drawing particular attention to how Armenian armed groups have not yet pulled out of Azerbaijani territories in Karabakh.

Delay in the cooperation process

Dilaver underlined that the attitude of the Armenian administration in Stepanakert (Khankendi) is responsible for the recent developments that negatively affect the process between Türkiye-Azerbaijan and Armenia.

“Azerbaijan wants to gain full control of its territory and complete its infrastructure investments and include the region in the economy and life of Azerbaijan. For the Lachin corridor, the construction of the road to Khankendi, bypassing Shusha, was also started. However, it is seen that the Armenian rulers, who were the head of the illegal administration in Karabakh, did their best to complicate this situation.”

“A duality arose in the process. While Russia is on the ground as a peacekeeping force, we see that the EU is trying to be at the table. However, there is a strong diaspora that seriously affects the EU’s perspective on the situation. The political atmosphere created by the diaspora gives strength to the illegal rule in Khankendi.”

According to Hazır, these recent developments will cause a delay in the processes of normalization and cooperation.

“Armenia wants to gain more time. Also, the opposition in Armenia is against the process and this opposition affects domestic politics, making things hard for the (Armenian Prime Minister Nikol) Pashinian government to take steps.”

As Hazır stated, there is a correlation between the situation in Karabakh and the Türkiye-Armenia normalization process, which is negatively affected by recent incidents.

President Recep Tayyip Erdoğan said last week that the international community “unfortunately” kept silent when Azerbaijani territories were occupied by Armenia until the fall of 2020, when with Turkish help, Azerbaijan took back its land.

“To put an end to this injustice, the support of Türkiye was given to the Azerbaijani Armed Forces. Thanks to an epic struggle that lasted for 44 days, Karabakh regained its freedom, and the 30-year occupation came to an end,” he said, referring to the fall 2020 conflict.

“With the agreements reached, a new era started in the South Caucasus. We are working hard to ensure that this historic opportunity is not wasted.”

Türkiye and Armenia have since taken “important steps” toward peace in the Caucasus, and have appointed representatives to normalize ties, Erdoğan said.

“I believe that our region will be stabilized in a short time if Armenia reads the developments correctly and responds to the sincere calls of Azerbaijan and Türkiye,” he added.

On last week’s flare-up of violence between the Caucasus nations of Armenia and Azerbaijan, Foreign Minister Mevlüt Çavuşoğlu also said Türkiye “once again warns Armenia not to engage in new provocations.”

Since the war ended, Ankara has made frequent calls for a six-nation platform comprising Türkiye, Russia, Iran, Azerbaijan, Georgia and Armenia for permanent peace, stability and cooperation in the region, saying it would be a win-win initiative for all regional actors in the Caucasus. Türkiye believes that permanent peace is possible through mutual security-based cooperation among the states and people of the South Caucasus region.

Hazır also said that this whole situation can be read as a conflict between Türkiye and Russia. Accordingly, Russia wants this conflict to remain unresolved because it expands its influence area in the region as long as the uncertainty continues. On the other hand, Türkiye wants a solution and improved regional cooperation.

“Finally, the impact of these conflicts on the regional cooperation process and the developments among the actors in the region depends on the decisive steps to be taken by the administration in Yerevan. There is a distrust among the regional actors stemming from history. In order to take steps that will shape the future of the region together, mutual trust must first be established. This is an issue that requires attention and time in itself,” Dilaver finally said.