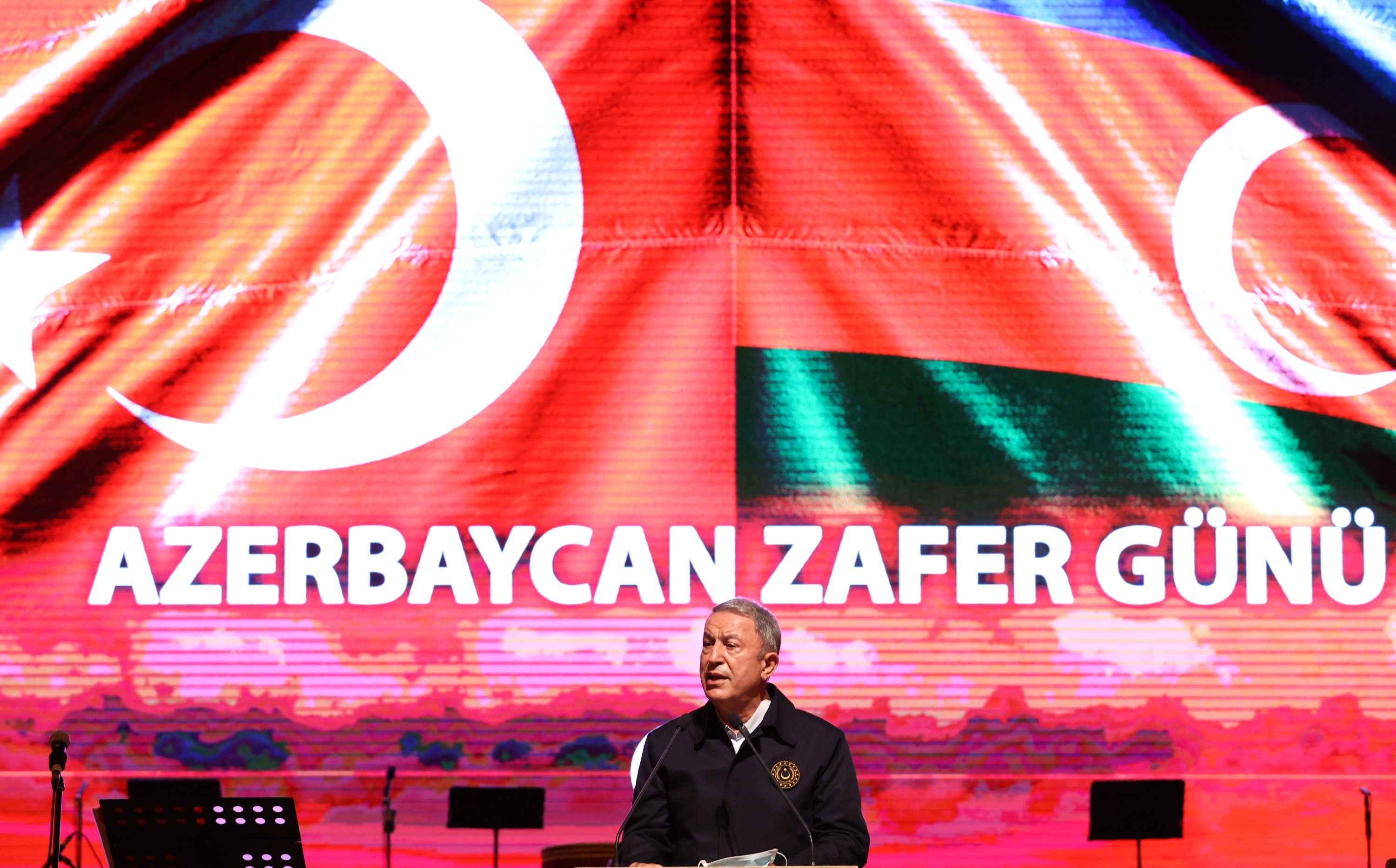 Defense Minister Hulusi Akar called on Armenia to avoid hostility and focus on the future as he visited Azerbaijan on the anniversary of the Nagorno-Karabakh victory.

Akar noted that the Armenian authorities need to leave their current policies aside and take into consideration the suggestion for a six-member platform.

“Everybody should know that you cannot build a future based on hatred and enmity. Armenia should leave hostility and look to the future,” Akar said, noting that Turkey will continue to fulfill its responsibilities to ensure peace and stability in the region.

“The heroic Azerbaijani military’s victory did not only come as a result of a 44-daylong campaign, but a 30-year-old insistence, faith and resolution,” Akar said, adding that Turkey has stood beside Azerbaijan in its rightful struggle.

Akar also thanked Pakistan for its support to Azerbaijan during the Nagorno-Karabakh crisis as he hailed holding joint military drills with the country.

The agreement also affirms that Turkey and Azerbaijan will work together in the face of any external threat.

During the 44-day conflict, Azerbaijan liberated several cities and some 300 settlements and villages that were illegally occupied by Armenia for nearly three decades.

The fighting ended on Nov. 10, 2020, after the two countries signed an agreement brokered by Russia.

This article originally appeared in DAILY SABAH on 08 Nov 2021.