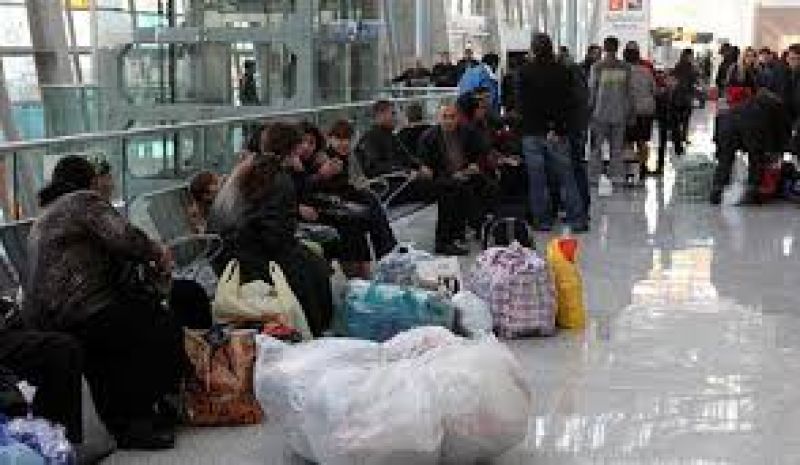 According to the international project CountryMeters (implemented in order to show the dynamics of population change, other demographic and social processes in the world), by the end of 2020, the population of the Republic of Armenia amounted to 2 million 971 thousand 248 people. We have to use the data of this organization, since the plans of the Armenian government to hold the next population census on October 18-27, 2020 were prevented by the Second Karabakh War, according to Azerbaijan in Focus, reporting Turan News.

According to population census of Armenia, conducted in 2011, the population of the country totaled 3 million 18 thousand and 900 people. According to the State Statistics Committee of Armenia, for January 1, 2019 then resident population amounted to 2 million 965 thousand 100 people (compared to January 1, 2018, this figure decreased by 7.6 thousand). This data is quite correlated with the CountryMeters data based on publications by the Population Division of the United Nations Department of Economic and Social Affairs.

If we subtract from this figure the number of residents of Armenia by the end of 2020, indicated by CountryMeters, it turns out that the population of this country has decreased by 333,752 people in thirty years.

However, the Armenian society does not trust the statistics of state bodies. In 2000, it began to sound the alarm, claiming that, because of mass migration over the past eight or ten years, the country’s population has declined sharply. Independent media indicated that from the moment of gaining independence from 800 thousand to one and a half million people left the country. Thus, the newspaper “Delovoy Express” (No. 34, September 2000, p. 8, “The Other Side of the Medal”), referring to the data of the Department of Migration and Refugees under the Government of Armenia, wrote that approximately 700-800 thousand citizens “left the republic for good”, and taking into account other circumstances, indicated that 800 thousand people left the country. As a result, according to their calculations, the population of Armenia decreased and amounted to about 2.5 million people. This figure was obtained by subtracting the number of those who left the country from the population at the beginning of the 1990s.

The publications associated with the ANM (the Armenian National Movement – the party of ex-President Levon Ter-Petrosyan) even declared the exodus of one and a half million Armenians by subtracting “more than one and a half million who left” from the “Soviet” population of 3-3.3 million man.
Doctor of Political Sciences, President of the independent International Association “21 Century” Arkady Vartanyan echoed the opposition. He argued that because of the systemic crisis, mass “non-stop migration” began in Armenia, and the population of the country at the time of writing the article decreased from 3.6 million people up to 1.3 – 1.5 million people (“NG”, 08.16.2000, “Sad melodies of the duduk”).

The figure indicated by Vartanyan most likely corresponded to reality, because to establish the number of migrants, natural population growth should also be taken into account. In 1989-2000, it amounted to at least 200-300 thousand people. The simplest calculations show that if we add this figure to the 3.6 million population of the republic in the early 1990s, then the approximate population that would have lived in Armenia in 2000 in the absence of mass emigration should have been 3.8-3.9 million people. If we assume that, according to the opposition, at least 1.5 million people left the country, its population should have amounted to a maximum of 2.3-2.4 million.

Demographer Ruben Yeganyan, in an interview with Panorama.am (Feb. 27, 2019), noted that the level of migration in Armenia was growing – about 35-40 thousand people left the country in 2017, and did not return.

The figures given by Yeganyan can be true. The fact is that the Secretary of the parliamentary faction of the Armenian National Congress (ANC) Aram Manukyan, speaking on September 8, 2014 at the parliamentary session, demanded to include an issue related to the problem of emigration in the agenda of the autumn session and organize a corresponding discussion.

“Over the past months, we have studied the researches of international organizations related to demography in Armenia over the past 15 years, and we want these studies to be available to parliamentarians. The National Assembly should know about the demographic situation in the country and discuss this problem,” said Manukyan.

At the same time, referring to the official statistics, he noted that over 210 thousand people left Armenia in the period from 2008 to 2013.
Thus, if the average annual exodus of the population was 40 thousand people, it turns out that since 2000 about 800 thousand people have Armenia. At the time of the start of the second Karabakh war, the population of the country should have been about 1.5 million people, and maybe even less due to the unprecedented socio-economic crisis in Armenia, which began in 2015.

According to the demographer, in parallel with the increase in the level of migration, there is a process of demographic aging of the population, since there has been a decline in the birth rate and the new young generation can no longer replace the past.

“In the current socio-economic situation, young people cannot start a family; they do not want to have many children because of social problems. This is also due to migration, since the dominant part of those leaving Armenia are people of reproductive and working age. Due to this, the proportion of the elderly population continues to increase,” Yeganyan explained, adding that the birth rate will continue to decline unless comprehensive measures are taken.
Yeganyan noted that demographic problems arise from systemic problems: military-political, economic, socio-psychological, etc.

As for the demography of NK (Nagorno-Karabakh), according to the census of the Soviet period (All-Union Population Census of 1989), its population was 189,085 people, of whom 123,100 were Armenians (75.9%), 40688 people were Azerbaijanis (21.52%). Later, because of the ethnic cleansing carried out by the Armenians, the population of the region became homogeneous.

Then the Russian peacekeeping contingent organized the return of Armenians to Nagorno-Karabakh, and by January 14, 2021, 49,461 people returned here. With consideration of the male militia remaining in Karabakh, about 5 thousand people and small auxiliary groups, it can be concluded that currently there are about 55 thousand Armenians in Karabakh.

However, the reports from the places show that the exodus of the Armenian population, which began after the first Karabakh war, will continue.
Answering the questions of Alexander Kasatkin, a reporter for Currenttime TV, one of the refugees said, “Now that Kelbajar and all other regions have been transferred to Azerbaijan, we will remain in the same blockade as before the last war in the 90s,” says one of the drivers, who is driving towards Armenia. “They [Azerbaijanis] will give us a narrow road. However, nobody knows how safe it will be. There is no point in continuing to live there; there is no future.”
Being asked “do they know what they will do in Armenia?” refugees’ answer shortly, “We do not know.”

A paradoxical picture emerged – having achieved the ousting of the Turks from the end of the 1980s and implementing a plan to expand the living space, the Armenian population began to leave both Armenia and Nagorno-Karabakh. Most of the resettlement is carried out to Russia, Ukraine, Western Europe, and even Turkey.

The exodus from the region is most likely associated with the disappointments of the post-war beggarly life and the departure for a better life in other countries.

Disappointment and hopelessness are among the main reasons for Armenia’s defeat in the Second Karabakh War – the idea of creating a Great Armenia evaporated, and there was no motivation to die for the lands on which the majority did not want to live.