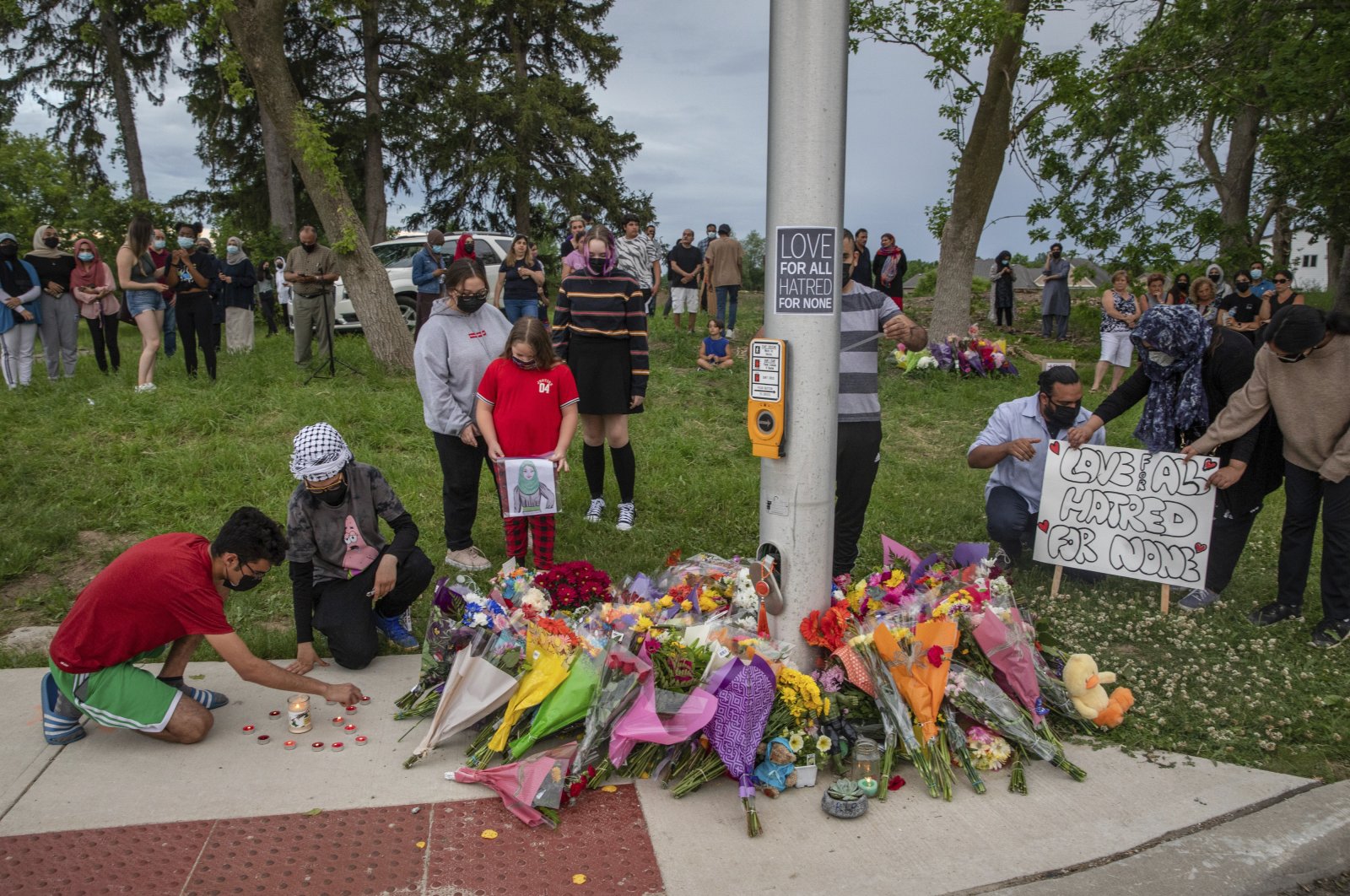 People attend a memorial at the location where a family of five was hit by a driver, in London, Ontario, Canada, Monday, June 7, 2021. (AP Photo)

Demonization of Muslims must end, Turkey urges after Canada attack

Turkey’s Presidential Spokesperson Ibrahim Kalın urged an immediate stop to the demonization of Muslims as he strongly condemned the terrorist attack targeting a Muslim family in London, Canada, which left four dead and one critically injured.

Noting that the attack was motivated by Islamophobia, Kalın said constructed fear leads to hatred, animosity and violence.

“The modern barbarism must be stopped. The demonization of Muslims must end,” he said.

The rising trend of Islamophobia, racism and xenophobia have been disturbing the Turkish community living in Western countries, particularly in Europe.

Turkish officials, including President Recep Tayyip Erdoğan, have frequently urged Western decision makers and politicians to take a stance against racism and other types of discrimination that have threatened the lives of millions of people living within the bloc’s borders.

Turkey will prepare annual reports on acts of Islamophobia and racism in other countries, Foreign Minister Mevlüt Çavuşoğlu said earlier this year. Erdoğan last month once again reiterated that Islamophobia has turned into one of the instruments used by Western politicians to cover up their failures.

Racist attacks targeting Muslims or immigrants increasingly make the headlines as white supremacists become more efficient in an age where their ideals, or at least parts of them, are going mainstream. There is no single large group orchestrating these attacks against Muslims and immigrants; rather, individual attacks lead to more attacks by copycats.

The tolerant political climate under the pretext of freedom of speech has helped far-right sympathizers with violent tendencies expand their support.

For instance, Islamophobia is being disguised as secularism in France, a French opposition leader had said in criticism of the Emmanuel Macron-led government, which has recently come under fire for policies against Muslims living in the country.

This article originally appeared in DAILY SABAH on 08 June 2021.