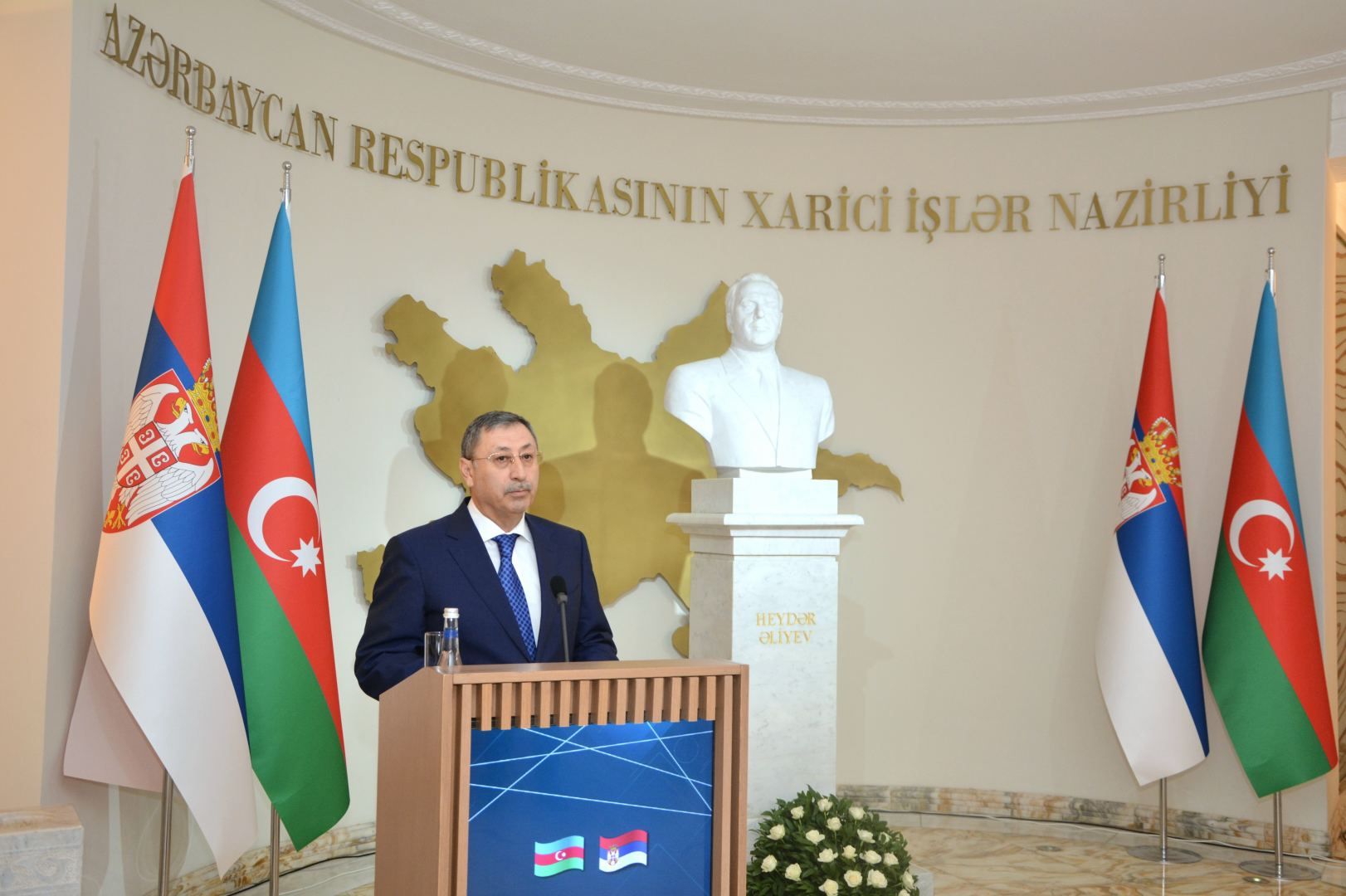 Deputy Foreign Minister Khalaf Khalafov has said that Azerbaijan and Serbia possess great potential to cooperate in transport and energy sectors, according to Azerbaijan in Focus, reporting Azernews, citing the ministry.

Khalafov made the remarks at an event dedicated to the 25th anniversary of the establishment of diplomatic relations between Azerbaijan and Serbia on August 22 in Baku.

Addressing the event, Khalafov conveyed his sincere congratulations on the occasion of the 25th anniversary of the establishment of diplomatic relations between Azerbaijan and Serbia.

The deputy minister emphasized the strategic cooperation that has grown over the last 25 years, noting that Serbia is one of the 12 European countries with which Azerbaijan has signed a contract on the development of strategic partnership relations.

While underlining the growing relations between the two countries in various spheres, including political, economic, humanitarian, trade, and infrastructure, Khalafov stated that there is huge potential for cooperation between Azerbaijan and Serbia in other fields, such as transport and energy

Speaking about Azerbaijan’s peace and reconstruction efforts following the 44-day war that has brought up new regional realities, he stressed that cooperation with companies from friendly countries is especially encouraged in the restoration and reconstruction of the liberated territories.

In response, Serbian ambassador to Azerbaijan Dragan Vladisavljevic stated that, while diplomatic relations between the two nations were established on August 21, 1997, the connection had a far longer history.

In addition to bilateral collaboration, Vladisavljevic acknowledged the presence of good cooperation on multilateral platforms between the two countries and stressed Azerbaijan and Serbia’s cooperation in staging the Non-Aligned Movement’s 60th-anniversary celebration in Belgrade in 2021.

The ambassador extended his congratulations to the event participants and wished for the continued growth of friendship and partnership relations between the two nations.

The event was attended by senior officials of the Foreign Ministry, members of the parliament, employees of the Serbian embassy in Azerbaijan, representatives of companies operating in the country, and other guests.

At the conclusion of the program, attendees watched an exhibition commemorating the 25th anniversary of the diplomatic ties between Azerbaijan and Serbia.