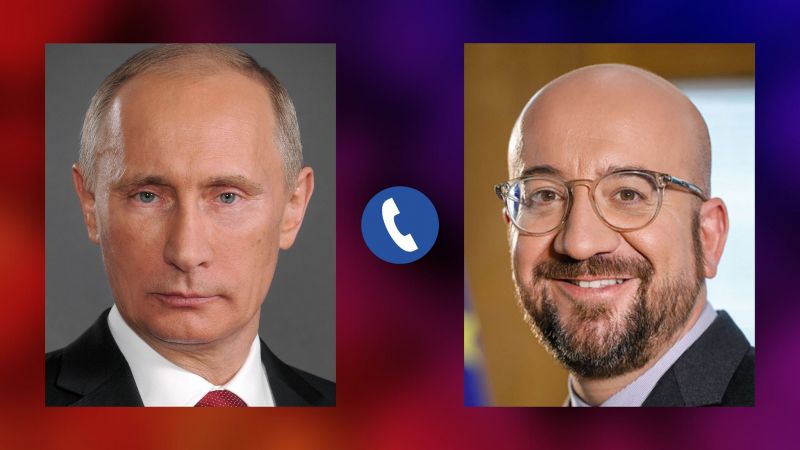 Discussions are held between Putin and Michel, Lavrov and Mirzoyan

On Wednesday, Russian President Vladimir Putin informed the President of the European Council Charles Michel about the agenda of a trilateral meeting with the heads of Armenia and Azerbaijan in Sochi on November 26th, according to Azerbaijan in Focus, reporting Turan News.

According to the Kremlin press service, Putin informed about the steps being taken to implement the provisions of the trilateral agreements on Nagorno-Karabakh of November 9, 2020 and January 11, 2021, including the establishment of a peaceful life, the restoration of economic and transport links in the South Caucasus.
It is these issues that are planned to be considered at the meeting of the Presidents of Russia and Azerbaijan and the Prime Minister of Armenia in Sochi.

On the same day, the Foreign Ministers of Armenia and Russia discussed the situation around the settlement in Karabakh by telephone. According to the Armenian media, Ararat Mirzoyan and Sergei Lavrov noted that a comprehensive settlement of the Karabakh conflict is possible through peaceful negotiations within the mandate of the OSCE Minsk Group co-chairs.