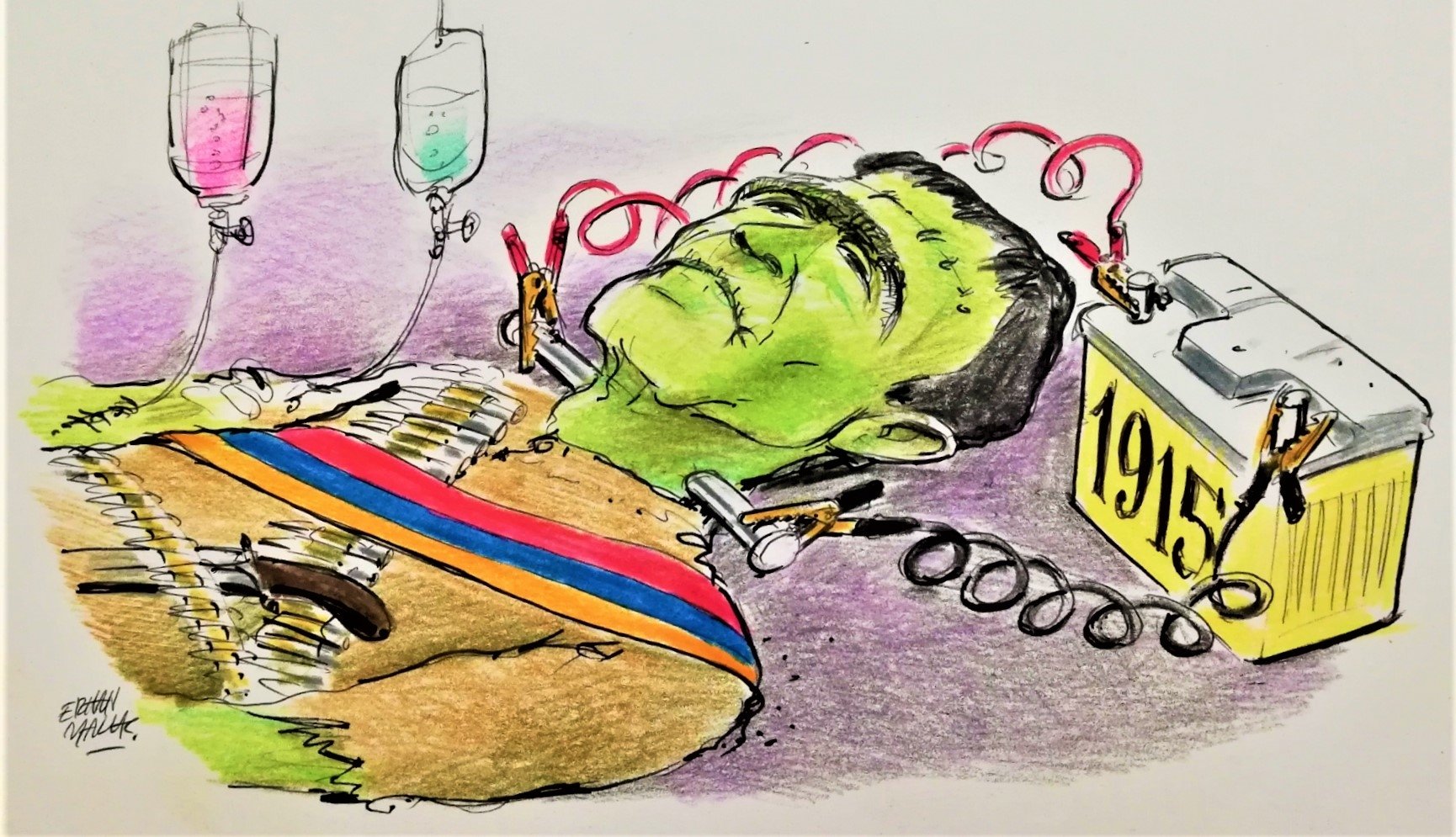 I have listened at length to policymakers and practitioners talk about what happened over the course of 44 days in Nagorno-Karabakh.

Many details of that war, including Armenia’s fortifications, how they were destroyed, why the fighting began in the south as opposed to the north, and why Armenia decided to attack Azerbaijan, will be revealed over the next years through research and witness testimony. That is not my area of expertise. Instead, I would like to talk about the impact of the war on Armenia.

For the record, the outcome was clear all along. Plagued by economic crisis and poverty, Armenia launched an offensive in an attempt to expand the piece of land it occupied in Nagorno-Karabakh.

That attack had adverse effects. Nagorno-Karabakh was the “red apple” of Armenia’s government and society. The loss of occupied territories, coupled with military humiliation and an extraordinary loss of life and equipment, was going to cause a political crisis in Armenia. That turmoil was slightly delayed, but Yerevan eventually felt the aftershock.

Turkish journalists had to learn about the situation in Armenia from the wires, as that country was not safe for them. Armenian Prime Minister Nikol Pashinian made the political decision to fight, but the Armenian military fought (and lost) the war.

Military and political humiliation in Nagorno-Karabakh pitted Pashinian against President Armen Sarkissian and the military. The prime minister also faced immense pressure from the pro-opposition alliance.

Needless to say, that was the observable reason. The heated debate would have turned into political turmoil even if the prime minister had not blamed the president, the military and (perhaps unintentionally) Russia for what happened.

A scapegoat was needed to deal with the humiliation in Nagorno-Karabakh. The identity of that scapegoat will become clear once the dust settles and the power struggle ends. The loser will be held responsible for Armenia’s loss.

When Armenia’s military issued a public statement to urge Pashinian and his government to resign, the premier responded by calling for street protests and removing the country’s top military commander from his post.

Pashinian’s supporters took to the streets, but the president did not approve Pashinian’s decision to sack the chairperson of the joint chiefs. In other words, Sarkissian sided with the military command.

The crisis still rages on as Pashinian’s supporters and critics protest in the streets. The military called for the government’s resignation but could not take additional action, as the prime minister described their move as a “coup attempt.” Indeed, we have (not yet) seen soldiers storming official buildings or arresting politicians.

The potential transfer of power in Armenia is closely monitored by the Armenian people as well as foreign stakeholders. Some countries opted to keep silent, yet those nations and organizations, which did respond, reacted in three different ways.

Some called for calm without making a clear choice between the two sides. The United Nations, NATO, France, Russia and even Iran fall within this category. Their reactions were united in their lack of direct criticism against the Armenian military.

It was noteworthy that the Russians referred to the situation as Armenia’s “internal affairs.” Others adopted a balanced approach but criticized the military based on democratic considerations.

The U.S. refused to describe the situation as a coup attempt, instead, Ned Price, the U.S. State Department’s spokesperson, reminded the military where they belonged in a democratic regime.

The European Union, too, adopted that position.

Thirdly, Turkey was the only country that described what happened as a coup attempt and unequivocally opposed it. Hours after the military’s memorandum, Foreign Minister Mevlüt Çavuşoğlu said that Turkey was “opposed to military coups wherever they may happen.”

In other words, Çavuşoğlu described the situation as a military coup and adopted a clear stance.

It is no secret that Turkey and Armenia experience certain problems. It would not be an exaggeration to describe Pashinian as anti-Turkey. So why does Ankara seem to support him? Turkish policymakers say that the country’s response was informed by three factors.

First, Turkey suffered many losses due to military interventions. Its democracy experienced setbacks as a result of past coups and its people paid a heavy price. That’s why Turkey opposes military coups on principle and sides with civilian governments and the people.

Second, there is an attempt underway to create a six-nation mechanism to promote peace and economic development in the Caucasus after the Nagorno-Karabakh war.

That mechanism is intended to include Armenia as well. Pashinian is not a member of Armenia’s dominant political elite and therefore has a stronger connection with the outside world. Turkey is concerned that his successor, who would be endorsed by the military, may pursue a more rigid foreign policy.

Last but not least, policymakers in Ankara seem to believe that a pro-Western leadership in Yerevan is more likely to contribute to regional peace.

This article originally appeared in DAILY SABAH on 06 March 2021.