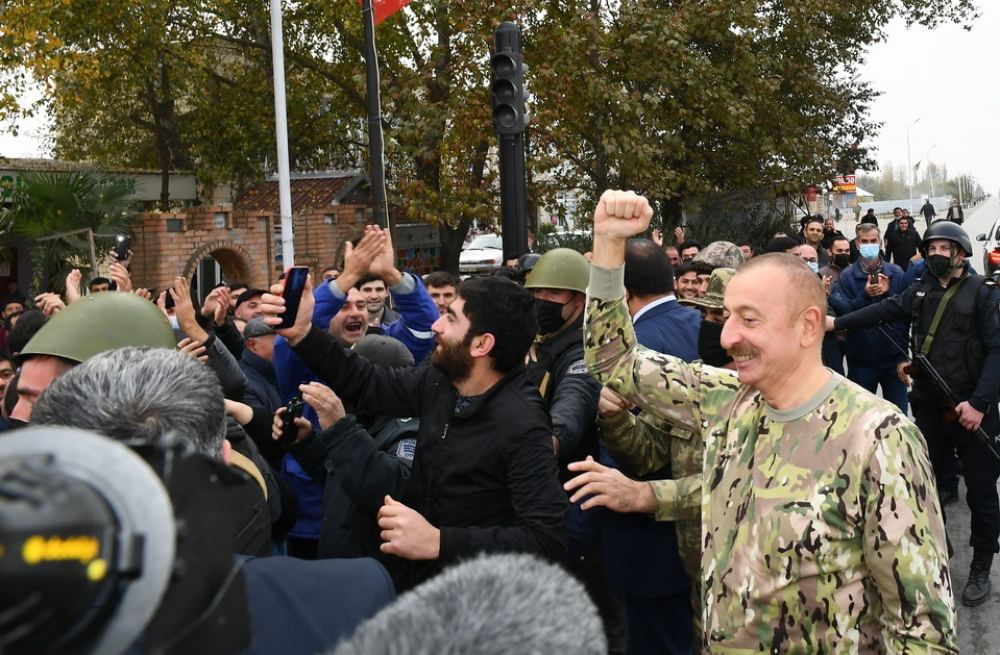 During Political Conflict Settlement, Azerbaijan Will Achieve Its Objectives

According to ‘Azerbaijan in Focus’, quoting Trend News, Azerbaijani President Ilham Aliyev revealed during his historic visit, alongside First Vice-President Mehriban Aliyeva, to the liberated districts of Fuzuli and Jabrayil, including the Fuzuli and Jabrayil cities: “We are currently at the political settlement stage of the conflict. Azerbaijan is achieving and will achieve what it wants.”

“We forced the enemy to sign an act of capitulation, and thus the occupied Aghdam, Lachin and Kalbajar districts will return to Azerbaijan in the very near future. But look at the atrocities committed by the hated enemy – they burn houses, burn schools, cut down trees, break power lines.”

“This is obvious to the whole world, as all the leading international channels have shown these actions. They have no conscience, no shame and no morality. Therefore, the victory in the Second Karabakh War is of tremendous historic significance. This is not just a matter of liberating Azerbaijan from its occupiers. It simultaneously shows the whole world and all the occupiers that this is how they end up. This is the end for invaders and occupiers.”