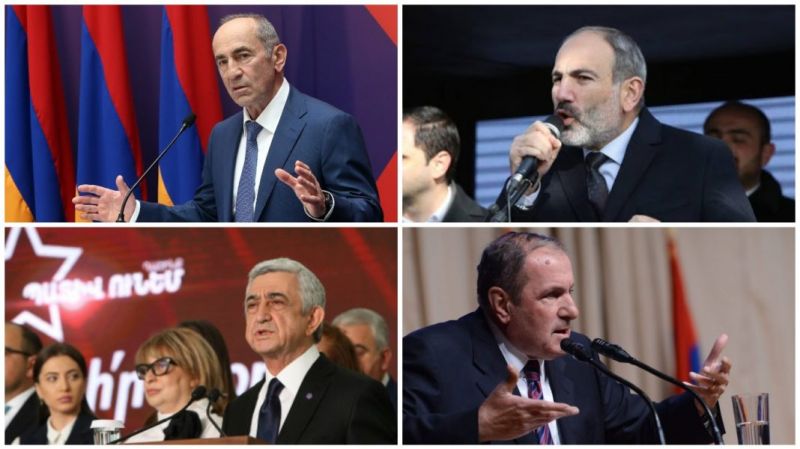 Elections in Armenia in the mirror of the curve of sociology

On June 18, the Armenian office of the Gallup International Association published the results of a poll, according to which 51.1% of Armenian voters will take part in the upcoming June 20 parliamentary elections. According to Azerbaijan in Focus, reporting Turan News, the polls are actually conducted by the Marketing Professional Group, which since 2011 has positioned itself as a representative office of the American Institute of Public Opinion Gallup, and publishes polls under the Gallup International Association, but it is still MPG, headed by Aram Navasardian. The results of the poll caused doubts.

Undoubtedly, the world audience has witnessed a metamorphosis in the preferences of Armenian voters. However, was it really? Just recently, Kocharyan, with five percent, was an outsider in the election race and has not been popular since 2008, exactly when he shot citizens who did not agree with the falsification of elections, and dragged his protégé Sargsyan, who was not popular with voters, into the presidential chair.

From 15 to 17 February this year, MPG conducted a survey through telephone calls in all regions of Armenia; the sample size was 801 people.

The metamorphosis was not expected because the electorate realized their mistake in 2008 and saw Kocharyan as the savior of the nation. There is no awareness and evidence of this is the record exodus of the population from Armenia – 80 thousand in the first 5 months of 2021. The polls for this MPG have always looked questionable, if not rigged.

A prime example – in 2013, before the presidential elections, the current unpopular President Sargsyan, according to the conclusions of MPG-Gallup, received the highest rating among the voters of Armenia – 68%, in second place is the ex-Minister of Foreign Affairs – Raffi Hovhannisyan, who enjoys the sympathy of 24% of the population. The rest of the candidates stayed behind the 5% mark.

At the parliamentary elections in Armenia on April 2, 2018, MPG – Gallup, … in the course of a poll at the exit from polling stations, drew the Republican Party, led by Serzh Sargsyan, with 46% of the vote. In second place was the Prosperous Armenia of billionaire Gagik Tsarukyan – with 25% of the vote. There is not Pashinyan. And this at a time when mass protests began in Armenia against the election of Sargsyan as Prime Minister, which ended with his resignation on April 23.

The same MPG in November 2018 announced the results of the poll, according to which now 68.3% of respondents were ready to vote for the My Step bloc, headed by acting Prime Minister Nikol Pashinyan.
The second place in this position was taken by the Prosperous Armenia Party (PAP) for which 6.7% of respondents are ready to vote, followed by the Republican Party of Armenia (RPA) (1.5%), the Bright Armenia party (1.2 %), ARF “Dashnaktsutyun” (1%).
“The rest of the political forces gained less than 1%,” Aram Navasardyan said.

Analyzing Navasardyan’s tactical moves, one can conclude that MPG is trying to convince voters that their chosen savior is Kocharyan, and Pashinyan is a beaten card. The target audience is undecided, and there are about 40% of them. Another conclusion that suggests itself is that the June 20 elections will be held in a harsh atmosphere up to the use of physical violence.