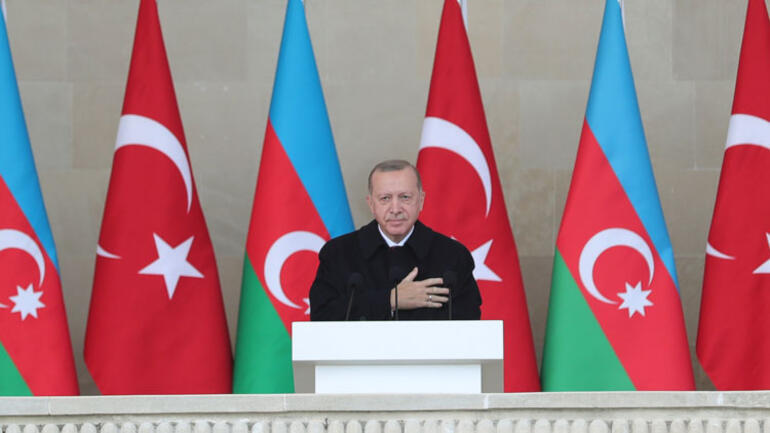 Recep Tayyip Erdogan: Armenian People Must Learn From What Happened

“We are happy to be with our Azerbaijani brothers today on this Victory Day. Glory to the heroic Azerbaijani army that put an end to 30 years of pain. Today, the symbol of Karabakh, the Khary Bulbul flower, is gaining its significance again,” Turkish President Erdogan said in his speech at the Victory Parade in Baku, according to Azerbaijan in Focus, reporting Turan News.

“Today, a million refugees are preparing to return to their lands, although everything on these lands has been destroyed. However, we will restore everything together.

“Let the Armenian authorities free themselves of their poisonous ideology, from the influence of external circles. The people of Armenia must draw a conclusion from what happened and this will help to radically change the situation in the region,” the Turkish President emphasized.

“Today is the day when the spirit of the martyrs of Karabakh, Enver Pasha and all the heroes of the entire Turkic world found peace!
I congratulate the entire Azerbaijani people and their glorious army and the army of Turkey on this victory!” Erdogan stressed.