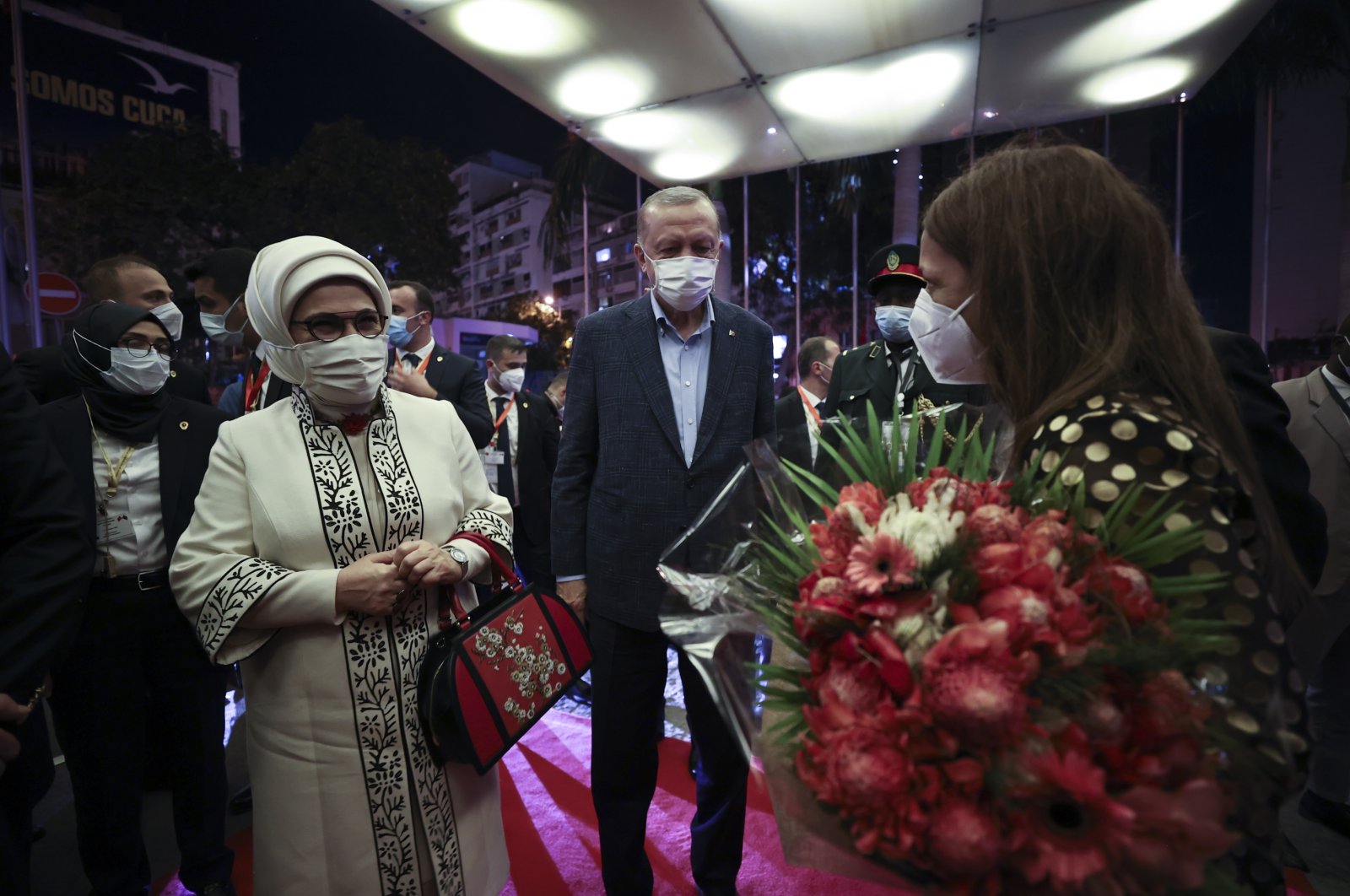 Erdoğan arrives in Angola in first leg of Africa tour

President Recep Tayyip Erdoğan arrived in Angola’s capital Luanda for the first leg of his mini-tour of three African countries, also including Nigeria and Togo.

The streets of Luanda were decorated with Turkish flags to celebrate the Turkish president’s arrival. Billboards showing Erdoğan could also be seen in Nigeria’s capital Abuja ahead of his visit.

Erdoğan will start his official talks on Monday. The Turkish president will be welcomed by his Angolan counterpart Joao Lourenco with an official ceremony at the Presidential Palace.

The two leaders will hold a joint press conference after one-on-one talks and delegation meetings.

Erdoğan is also expected to address Angola’s parliament. He will later visit the Memorial of Dr. Antonio Agostinho Neto, the country’s first president, who died in 1979.

The third Turkey-Africa Partnership Summit will be held in Istanbul on Dec. 17-18. Many heads of state and government from African countries, ministers, high-level officials and representatives of regional and international organizations will attend the summit, which Erdoğan will also attend. At the summit, within the framework of the Africa Partnership Policy, the steps to be taken in line with Turkey’s goals of supporting the continent’s development efforts and increasing commercial, cultural and human relations will be evaluated. The first Turkey-Africa Partnership Summit was held in 2008 and the second in 2014 in Equatorial Guinea.

This article originally appeared in DAILY SABAH on 17 Oct 2021.