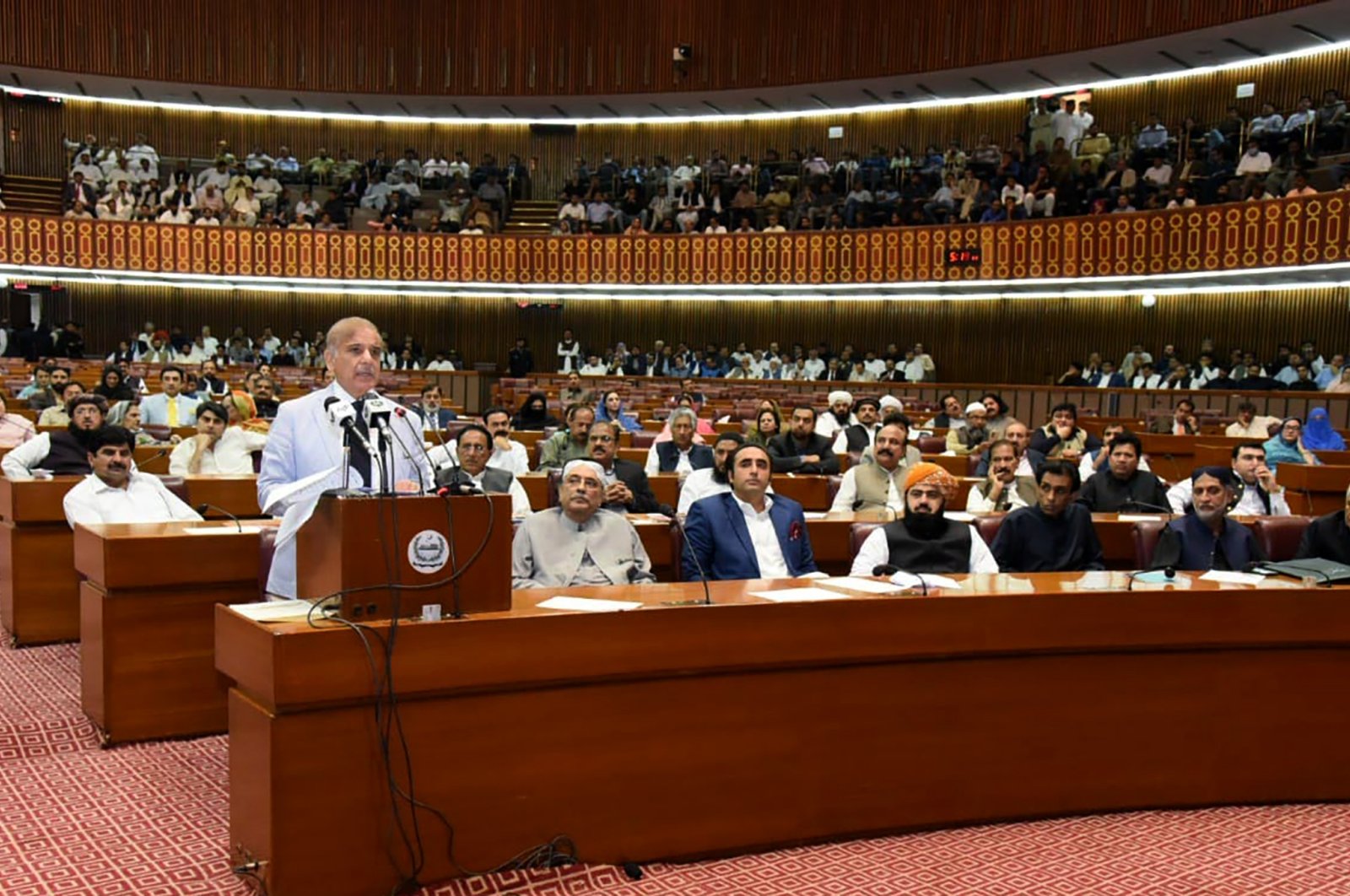 Pakistan’s Parliament on Monday elected Sharif, who took the oath of office after former Premier Imran Khan was ousted in a no-confidence vote following a week of political turmoil.

Khan maintained that he was the victim of a U.S. plot that sought his removal.

In a phone call with Sharif, Erdoğan “wished that the election results will be beneficial for the friendly and brotherly people of Pakistan,” according to a statement by the Presidency’s Directorate of Communications.

Erdoğan said they closely follow developments in Pakistan, to which he said Turkey is bound by a deep-rooted history, friendship and brotherhood.

He also noted that Pakistan did not give up on democracy and the rule of law, despite all the difficulties and obstacles. He added that Turkey is ready to give all kinds of support to Pakistan as it has done so far.

Sharif, the younger brother of three-time former Prime Minister Nawaz Sharif and a joint candidate of the combined opposition, won with 174 votes after more than 100 lawmakers from Khan’s Pakistan Tehreek-e-Insaf (PTI) resigned and walked out of the National Assembly in protest.

Those 174 votes — two more than the required simple majority — are enough to pass laws in the 342-seat assembly.

Sharif, leader of the centrist Pakistan Muslim League (PML-N), was certain to be chosen after Khan loyalist Shah Mahmood Qureshi, the former foreign minister, withdrew his candidacy and resigned his seat.

Khan, together with PTI lawmakers, announced that they were resigning from parliament and “taking to the streets against an imported government.”

The resignations, however, will not be in effect until the speaker of the National Assembly accepts them, according to the country’s constitution.

Sharif’s first task will be to form a Cabinet that will also draw heavily from the center-left Pakistan Peoples Party (PPP), as well as find space for the smaller conservative Jamiatul Ulema-e-Islam (JUI-F) party.