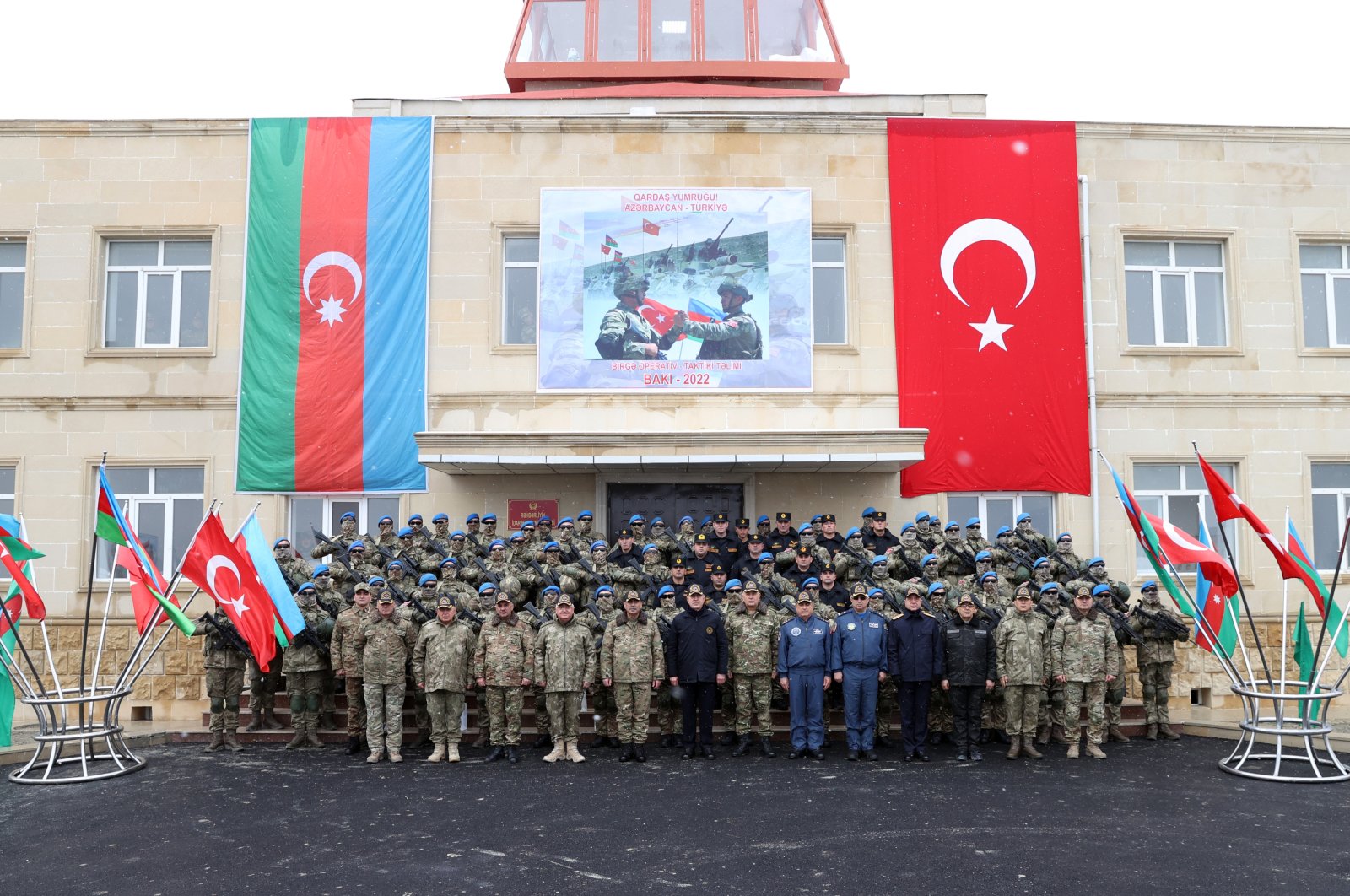 President Recep Tayyip Erdoğan on Monday sent his congratulations to the Turkish and Azerbaijani armed forces after the nations completed the first day of a joint military exercise, dubbed the “Fraternal Fist,” near Azerbaijan’s border with Iran, according to Azerbaijan in Focus, reporting Daily Sabah.

The exercise comes at a particularly fragile time as tensions between Azerbaijan and Iran continue to escalate. Turkish F-16 fighter jets flew to Azerbaijan to join the missions late on Monday.

Relations between Baku and Tehran deteriorated after Azerbaijan’s 44-day war with neighboring Armenia over Karabakh, a region internationally recognized as part of Azerbaijan but illegally occupied by Armenia for three decades until 2020. Azerbaijan and Armenia fought two wars over the disputed territory in the 1990s and again in the autumn of 2020 when six weeks of particularly intense clashes saw over 6,500 lives lost before a Russian-brokered truce ended the hostilities and Armenia ceded swathes of territory it had occupied for decades. Türkiye was a key backer of Azerbaijan during the conflict.

Recently, Baku has been expressing “discomfort” about the general attitude of the Iranian government toward Azerbaijan, as well as the two large-scale exercises Iran’s Revolutionary Guards Corps since held near its border with Azerbaijan.

“You have successfully conducted this exercise with the notion of ‘one nation, two states.’ You have given strength to your friends and spread fear to your enemies,” Erdoğan told the soldiers.

He said the challenging terrain and weather conditions would “only further contribute to the powerful growth of the two countries armies.”

“This power will be your most important dynamism in any upcoming operations. Türkiye and Azerbaijan will continue their solidarity and unity in the future with these exercises. As Türkiye, we love our Azerbaijani brothers and sisters wholeheartedly,” Erdoğan said and stressed that the drill only shows Turkish and Azerbaijani people “are like flesh and bone that cannot be separated by anyone.”

“I congratulate my brother Ilham Aliyev for the brotherhood and love he has shown and I thank you all,” the Turkish president concluded.

Azerbaijani leader Aliyev too congratulated the two armed forces for the successful conduct of the exercises as he spoke via his Defense Minister Hasanov’s phone.