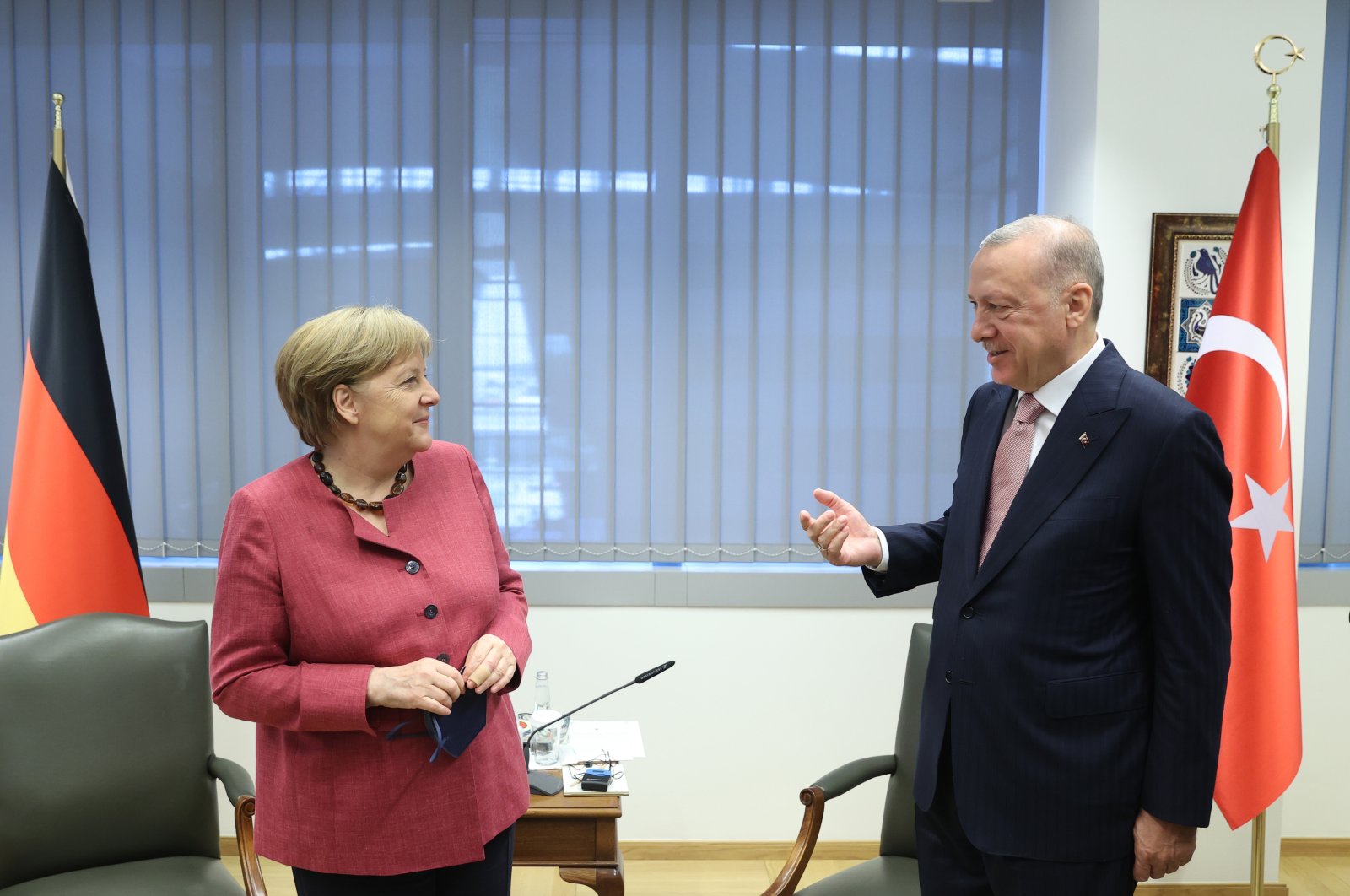 President Recep Tayyip Erdoğan met with German Chancellor Angela Merkel in a closed-door meeting to discuss bilateral ties and regional issues on the sidelines of the NATO summit in Brussels.

Merkel and Erdoğan discussed Turkey’s relationship with the European Union in the run-up to the European Council meeting on June 24, and the United Nations-led resolution on the Cyprus issue, a German spokesperson stated.

The Turkish leader is set to meet with numerous other world leaders besides Merkel, Macron and Johnson during the summit, including U.S. President Joe Biden.

This article originally appeared in DAILY SABAH on 14 June 2021.