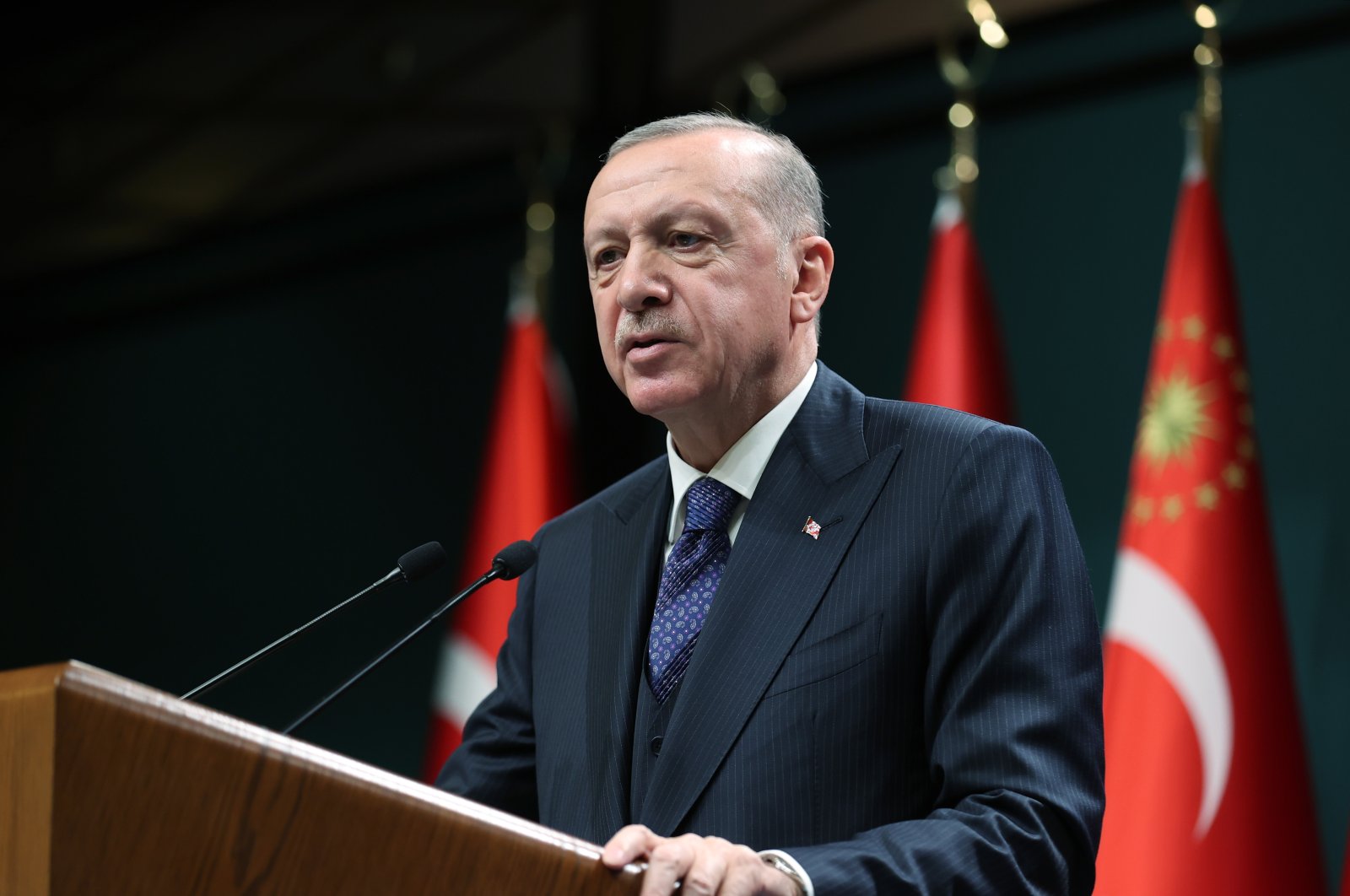 Erdoğan says Turkey will succeed in ‘economic war of independence’

President Recep Tayyip Erdoğan said Monday a tight interest rate policy will not lower inflation and vowed Turkey will succeed in its “economic war of independence.”

Speaking after the Cabinet meeting, Erdoğan said he preferred a competitive exchange rate as it brings higher investment and employment.

“I reject policies that will contract our country, weaken it, condemn our people to unemployment, hunger and poverty,” he noted.

The president stressed that the government is committed to doing “the right thing for our country” with an economic policy that he said is focused on investment, production, employment and exports, instead of the “vicious circle of high interest rates-low exchange rates.”

Last Thursday, the country’s central bank cut its policy rate by 100 basis points to 15%, and signaled more easing would come before the end of the year. The Central Bank of the Republic of Turkey (CBRT) has now slashed rates by 400 basis points since September.

The cut drove up the value of the dollar against the Turkish lira. The lira traded at 11.40 to the greenback at 5 p.m. GMT.

Erdoğan blamed the lira’s weakness on games he said were being played on foreign exchange and interest rates.

“We see the games being played on the exchange rate and interest rates. We came out of every struggle we entered honorably by taking a strong stance. With the help of Allah and the support of our nation, we will emerge from this economic war of independence with victory,” he said.

Erdoğan has been backing the view that lower interest rates are the only way to curb inflation. He has called for stimulus to boost exports, investment and jobs.

The president also reaffirmed the government’s determination to tackle “opportunists” that are making exorbitant price hikes by trying to take advantage of the “rise in the exchange rates, which has no logical explanation, as an excuse.”

Amid stubbornly high prices, the government has blamed supermarkets and opened probes into potential exploitative pricing.

The central bank says inflation pressure is temporary though likely to last through mid-2022.

“There are, of course, economic problems that result in rising inflation or price increases,” Erdoğan said. “Balances are disrupted because there will be no investment where there is inflation, which refers to a regular increase in prices, and production will decrease, and employment will fall.”

He underlined that the price increases for certain goods due to the rise in exchange rates do not affect investment, production and employment.

On the contrary, he stressed that “the competitiveness of the exchange rate leads to an increase in investment, production, employment.”

“This is exactly the situation in our country.”

This article originally appeared in DAILY SABAH on 22 Nov 2021.