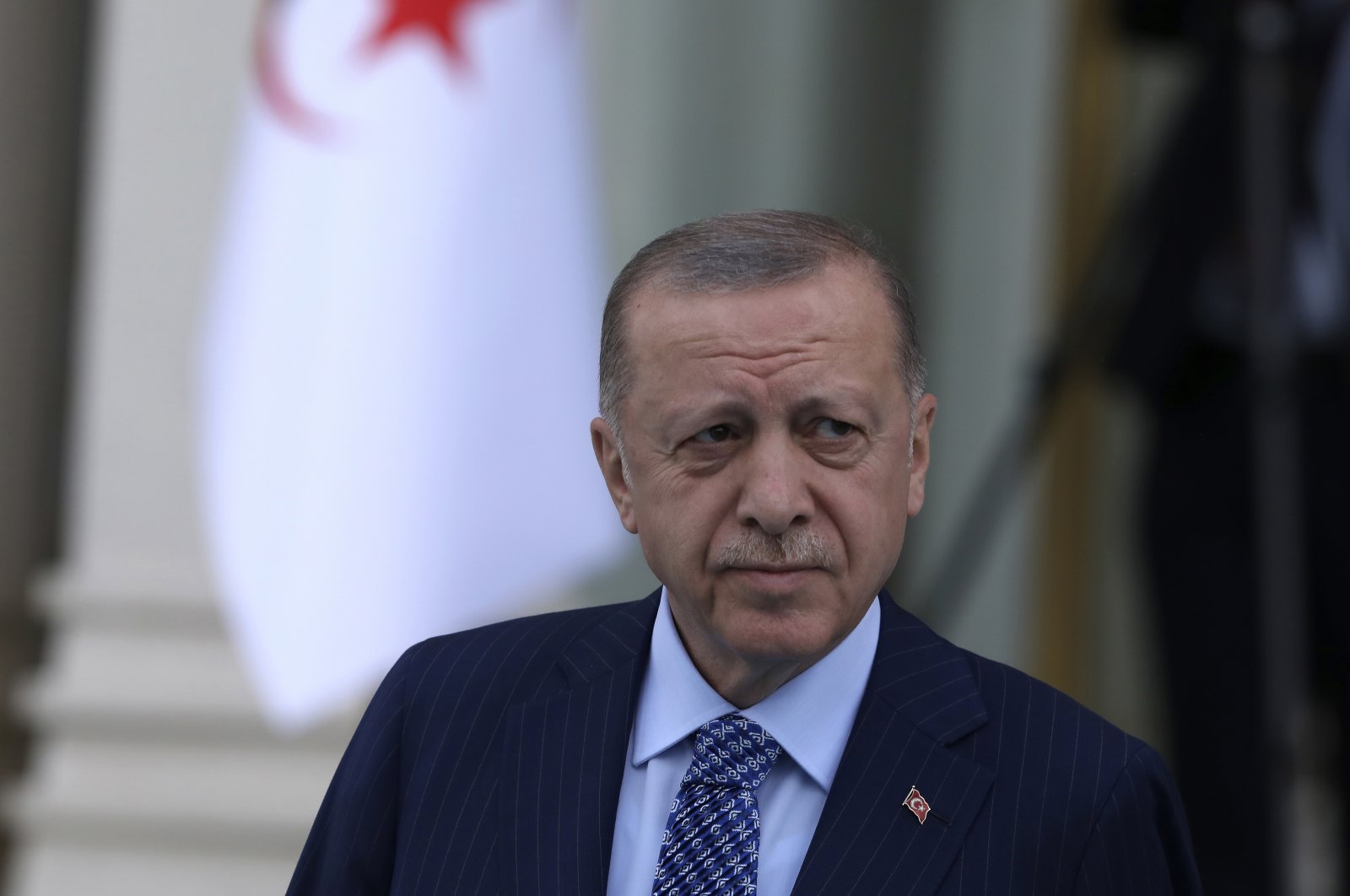 Speaking to reporters on his way back from Azerbaijan, Erdoğan said that last week’s talks on Sweden and Finland’s NATO membership bids hosted by Turkey at the Presidential Complex in the capital Ankara “did not happen at the desired level.”

Saying that Sweden and Finland have expectations from these talks, Erdoğan said however that they have not taken the necessary steps on Turkey’s demands and stressed that terrorists are even now still walking the streets of Stockholm while Sweden protects them “with their own police.”

“They are not honest or sincere. We cannot repeat the mistakes made in the past on (admitting) countries that embrace and feed such terrorists into NATO, which is a security organization,” he said.

“For as long as Tayyip Erdoğan is the head of the Republic of Turkey, we definitely cannot say ‘yes’ to countries which support terrorism entering NATO,” he underlined.

Erdoğan also said Turkey wanted to see an end to the war between Russia and Ukraine as soon as possible, but that the situation was becoming more negative each day.

Adding that he will soon have separate phone calls with his Russian and Ukrainian counterparts, Erdoğan said Turkey will continue to encourage the parties to maintain channels of dialogue and diplomacy to bring peace to Ukraine.

Turkey last week listed five “concrete assurances” it was demanding from Sweden, including the “termination of political support for terrorism,” “elimination of the source of terrorism financing,” and the “cessation of arms support” to the PKK, which is designated as a terrorist group by the United States and European Union, and its Syrian branch YPG.

The demands also called for the lifting of arms sanctions against Turkey and global cooperation against terrorism.

Finland and Sweden formally applied to join NATO this month, seeking to boost security following Russia’s invasion of Ukraine. They hoped it would be a quick accession process and other NATO members touted the planned enlargement as historic.

But Turkey, a longstanding member of the alliance, has voiced objections to their membership bids, criticizing the countries for tolerating and even supporting terrorist groups.

All 30 NATO states must give their approval before a new member can be admitted and thus benefit from the pact’s collective-security guarantee.

Ankara hosted Wednesday consultations with Swedish and Finnish delegations on their NATO applications in the capital.

It has been conveyed that their NATO bids cannot progress unless Turkey’s security concerns are addressed through concrete steps, and in a certain timeframe.

Ankara said it observed a positive attitude on lifting an arms exports embargo. Swedish Foreign Minister Ann Linde said on Twitter afterward that the dialogue was constructive and would continue.

Sweden and Finland banned arms exports to Turkey after an operation into Syria against the YPG terrorist group. Ankara regards the YPG as identical to the PKK terrorist group.

Erdoğan also touched upon the continuing U.S. support for YPG terrorists and said: “What will we do if the U.S. is not doing its part in the fight against terrorism? We’ll fend for ourselves. It is not possible to fight terrorism by obtaining permission from somewhere.”

On a possible new Turkish security operation in northern Syria, near the Turkish border, the president stressed that everyone has to do their part in fighting terrorism.

Turkey borders Syria and Iraq to its south, and has worked to eliminate existing terrorist bases and prevent new ones there that would threaten its national security and the safety of locals across its borders.

Turkey has long objected to the U.S. working in northern Syria with the YPG, the Syrian branch of the terrorist PKK, which has taken thousands of lives in Turkey.

Since 2016, Ankara has launched a trio of successful counterterrorism operations across its border in northern Syria to prevent the formation of a terror corridor and enable the peaceful settlement of residents: Euphrates Shield (2016), Olive Branch (2018) and Peace Spring (2019).

Turning to ties with Israel, Erdoğan said the two countries will take steps to improve relations as the countries’ energy ministers are expected to hold talks along these lines.

On ties with Greece, Erdoğan once again slammed Greek Prime Minister Kyriakos Mitsotakis over his comments made on Turkey during a recent official visit to the U.S.

Turkey has broken off its high-level strategic council with Greece as Mitsotakis is no longer fit to deal with, Erdoğan told reporters.

While in Washington, Mitsotakis argued against the U.S. selling Turkey 40 F-16 fighter jets and nearly 80 modernization kits for its existing warplanes.