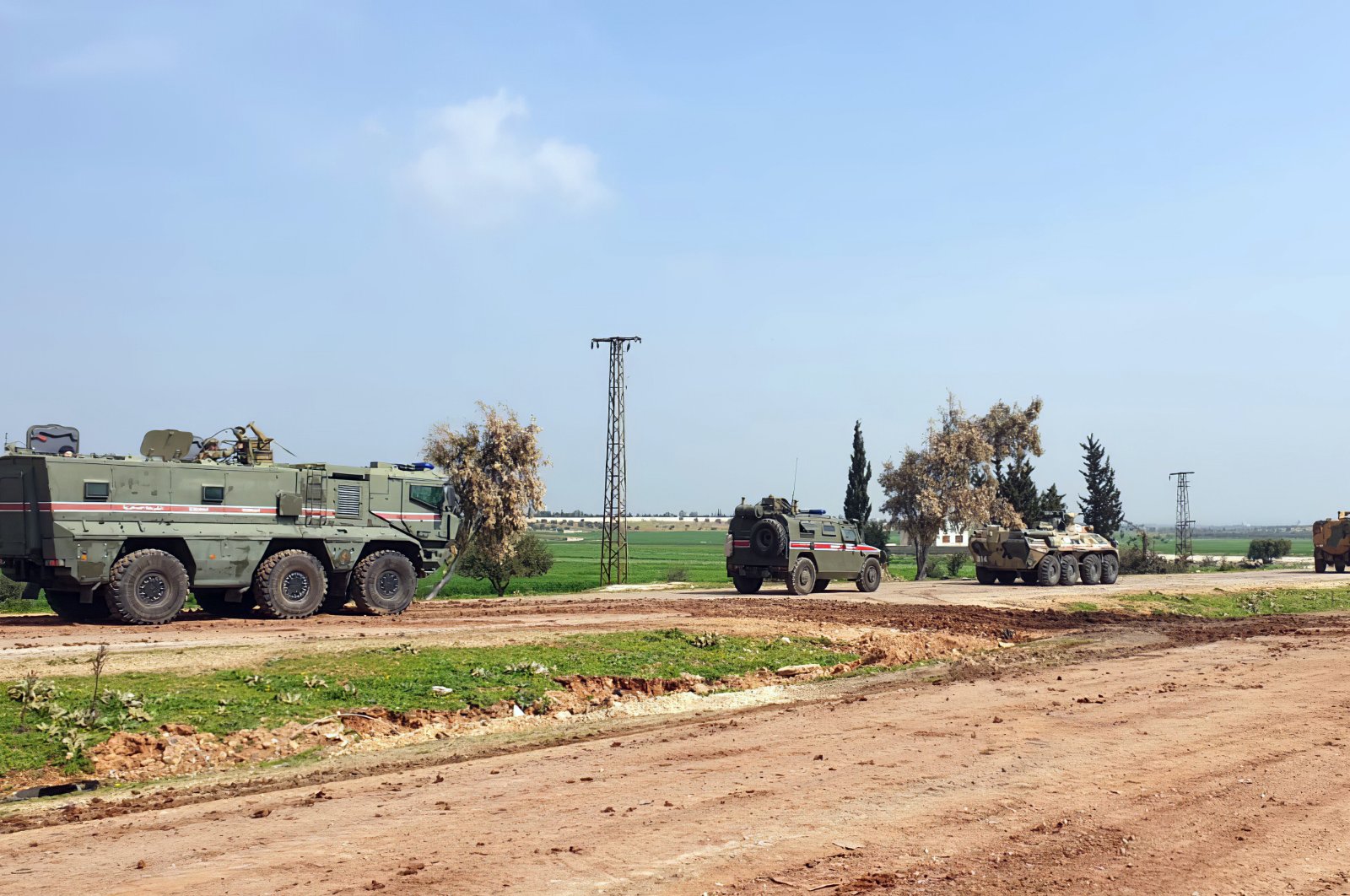 Turkey attaches importance to cooperation with Russia in the fight against terrorism, President Recep Tayyip Erdoğan said on Friday as he met with Russian President Vladimir Putin in Russia’s coastal city of Sochi to discuss bilateral ties and international issues, according to Azerbaijan in Focus, reporting Daily Sabah.

Addressing reporters together ahead of their closed-door face-to-face meeting, Putin said that the Syria issue would be the main topic while Erdoğan underlined that discussing the developments in Syria on this occasion will bring relief to the region.

“Turkey attaches importance to cooperation with Russia in the fight against terrorism,” Erdoğan added.

He underlined that the meeting would be “very important” in terms of putting forward the role played by Turkey and Russia in the region.

According to the Turkish presidency, the leaders would hold a one-on-one meeting and chair the talks between delegations during Erdoğan’s one-day working visit.

The Syria crisis and the ongoing Russia-Ukraine war, which is now in its sixth month, were to be addressed during the Sochi meeting.

The leaders also evaluated bilateral ties between the two countries, mainly focusing on the economy, trade, and energy that constitute the driving force behind Turkey-Russia relations. They exchanged views on the potential steps to enhance bilateral cooperation as well.

Erdoğan was riding high from the diplomatic success of helping orchestrate the resumption of Ukrainian grain shipments across the Black Sea when he visited Sochi for his second face-to-face meeting with Putin in just over two weeks.

Erdoğan and Putin meet in person for the second time in 17 days after the meeting in Iran’s capital Tehran, where the leaders had a trilateral gathering with their Iranian counterpart Ebrahim Raisi for the Seventh summit in the Astana format to discuss recent developments in Syria, the fight against terrorist groups, as well as the humanitarian situation and the voluntarily return of Syrians.

During their meeting on July 19, the leaders condemned the increased presence and activities of terrorist groups and their affiliates under different names in various parts of Syria.

Turkey constantly emphasizes its determination to root out terrorist organizations, including Daesh and the PKK, along with its Syrian branch, the YPG, in Syria that threatens its security.

The country also reiterates the possibility of another Turkish counterterrorism operation across its southern border into northern Syria, following other operations in recent years, as long as Ankara’s longstanding concerns have not been met.

But there are tensions. The Turkish leader was told by Putin in Tehran last month that Russia remains opposed to any new operation that Turkey might be planning against YPG militants in northern Syria.

The Kremlin also said on Friday that Turkey has legitimate security concerns over Syria and that it will take them into account.

However, Kremlin spokesperson Dmitry Peskov told reporters it was important to avoid actions that could “jeopardize Syria’s territorial and political integrity.”

Ankara has carried out multiple operations in northern Syria since 2016, seizing hundreds of kilometers of land and targeting the YPG, despite opposition from Moscow.

Russia and Turkey are two major international players in Syria, a country torn apart by war since 2011, in which Moscow backed Damascus and Ankara the opposition groups.

Erdoğan is warning to launch an operation into northern Syria to establish a buffer zone that pushes out the YPG terrorists threatening the national security of the Turkish state.

Putin told Russian media in Tehran he still has “certain disagreements, obviously” with Erdoğan about Syria.

Analysts believe these strains form part of the “competitive cooperation” that has defined the two leaders’ relationship over the past 20 years.

Moreover, attempts by NATO member Turkey to remain neutral in the face of Moscow’s historic standoff with the West over Ukraine are starting to pay off.

Turkey wants to translate this success into truce talks in Istanbul between Putin and Ukrainian President Volodymyr Zelenskyy.

“We discussed if the grain agreement could be an occasion for a sustainable cease-fire,” Turkish Foreign Minister Mevlüt Çavuşoğlu said after talks with Russian counterpart Sergey Lavrov in Asia on Wednesday.

A top aide to Erdoğan also said on Friday that the international community cannot end the war in Ukraine by ignoring Moscow. Turkish Presidential Communications Director Fahrettin Altun said the agreement attested to the success of NATO member Turkey’s efforts and the direct diplomacy between the two leaders while criticizing the role played by other countries.

“The truth is that some of our friends do not want the war to end. They are shedding crocodile tears,” Altun told Reuters, saying some were actively trying to undermine Turkey’s efforts without specifying who.

“The international community cannot end the war in Ukraine by ignoring Russia. Diplomacy and peace must prevail,” he said.

Turkey has relatively good relations with both Ukraine and Russia. But while it has criticized the invasion and provided Ukraine with arms, it has broken with Western allies by not imposing sanctions on Russia. That careful balance reflects the complexity of its ties with Russia, ranging from close cooperation on energy supplies to military competition in Syria, Libya, and Azerbaijan.

“We are looking to harness Turkey’s relationships with Russia and Ukraine to work toward a mutually acceptable solution,” Altun said.

Turkey is one of the most active countries working to ensure a permanent cease-fire between Ukraine and Russia. Its delicately balanced act of assuming a role as a mediator by keeping communication channels with both warring sides open provides a glimmer of hope in diplomatic efforts to find a solution and achieve peace in the Ukraine crisis. With its unique position of having friendly relations with both Russia and Ukraine, Turkey has won widespread praise for its push to end the war.

Since the beginning of the conflict, Ankara has offered to mediate between the two sides and host peace talks, underlining its support for Ukraine’s territorial integrity and sovereignty. While Ankara has opposed international sanctions designed to isolate Moscow, it also closed its straits to prevent some Russian vessels from crossing through them.

In a breakthrough, Russian and Ukrainian delegations met for peace talks in Istanbul on March 29 as the war entered its second month, with casualties piling up on both sides. Turkey also hosted the foreign ministers of Russia and Ukraine in Antalya in March and recently hosted four-way meetings in Istanbul between Moscow, Ankara, Kyiv, and the United Nations to solve the grain crisis.

The Kremlin on Thursday also said it is concerned about the recent situation in the Karabakh region, calling on Armenia and Azerbaijan to exercise restraint and implement the tripartite agreements.

Speaking to reporters in Moscow, Peskov said Putin and Erdoğan may exchange views on the situation around Karabakh during the meeting in Sochi.

While there is close cooperation with Russia on energy supplies, there has also been military competition between them in Syria, Libya, and Azerbaijan.

In Libya, Turkey’s military support turned back an assault on the internationally recognized government in Tripoli by eastern-based forces who were supported by fighters from the Russian Wagner Group.

In Azerbaijan, Turkey supported a military operation to drive ethnic Armenian forces out of much of the mountainous Nagorno-Karabakh enclave in the south Caucasus, a region that Russia considers part of its sphere of influence.