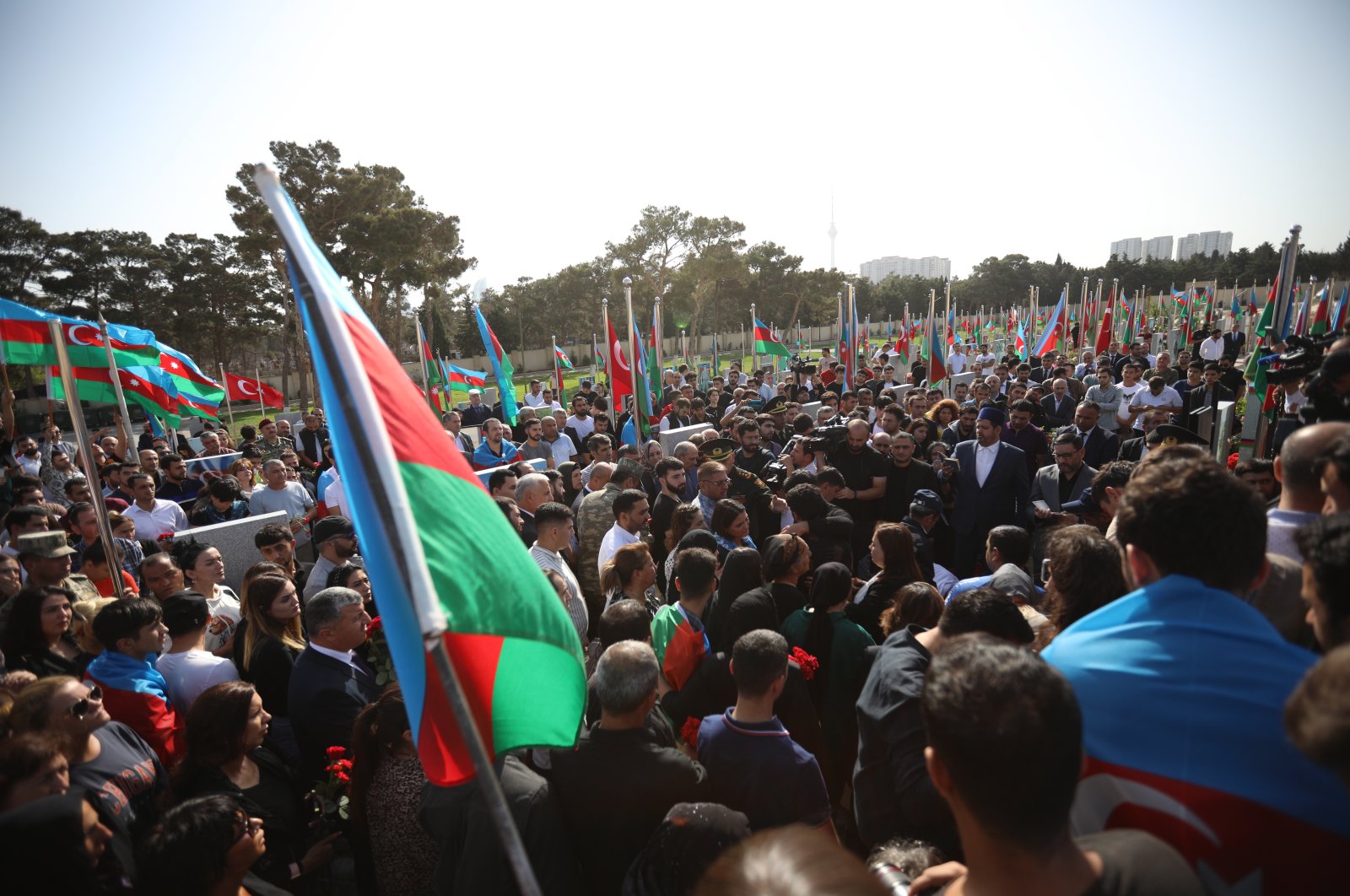 Erdoğan: Türkiye in solidarity with Azerbaijan in face of Armenian aggression

Speaking to the public in the capital Ankara, Recep Tayyip Erdoğan said Türkiye sees the latest border tension as Armenia violated the November 2020 deal signed after the Karabakh war ended that resulted in the victory of Azerbaijan, adding that he finds it “unacceptable.”

Türkiye hopes Armenia will step back from its mistake to make efforts for peace, otherwise, Yerevan will face the consequences of its aggressive attitude and violating the agreement with Azerbaijan, he said.

Azerbaijan on Wednesday called for a cease-fire with Armenia amid fresh border clashes that have caused dozens of casualties on both sides.

As a humanitarian gesture, Baku said it is willing to hand over the bodies of 100 Armenian servicemen killed in fighting over the past two days.

The soldiers “died as a result of … provocation against the territorial integrity” of Azerbaijan on September 12-13, said a statement by Azerbaijan’s State Commission for Prisoners of War, Hostages and Missing Persons.

“The International Committee of Red Cross has also been informed about this,” it added.

Armenian Prime Minister Nikol Pashinyan told parliament on Wednesday that 105 Armenian soldiers had died in the recent flare-up, while the count of Azerbaijani fatalities given by Baku stands at 50.

The clashes are the latest among the two former Soviet republics, who have had tense relations since 1991 when the Armenian military occupied Nagorno-Karabakh, also known as Upper Karabakh, a territory internationally recognized as part of Azerbaijan.

They follow the 2020 conflict that saw Azerbaijan liberate several cities and over 300 settlements and villages that were occupied by Armenia. That bout of fighting ended with a deal brokered by Russia.