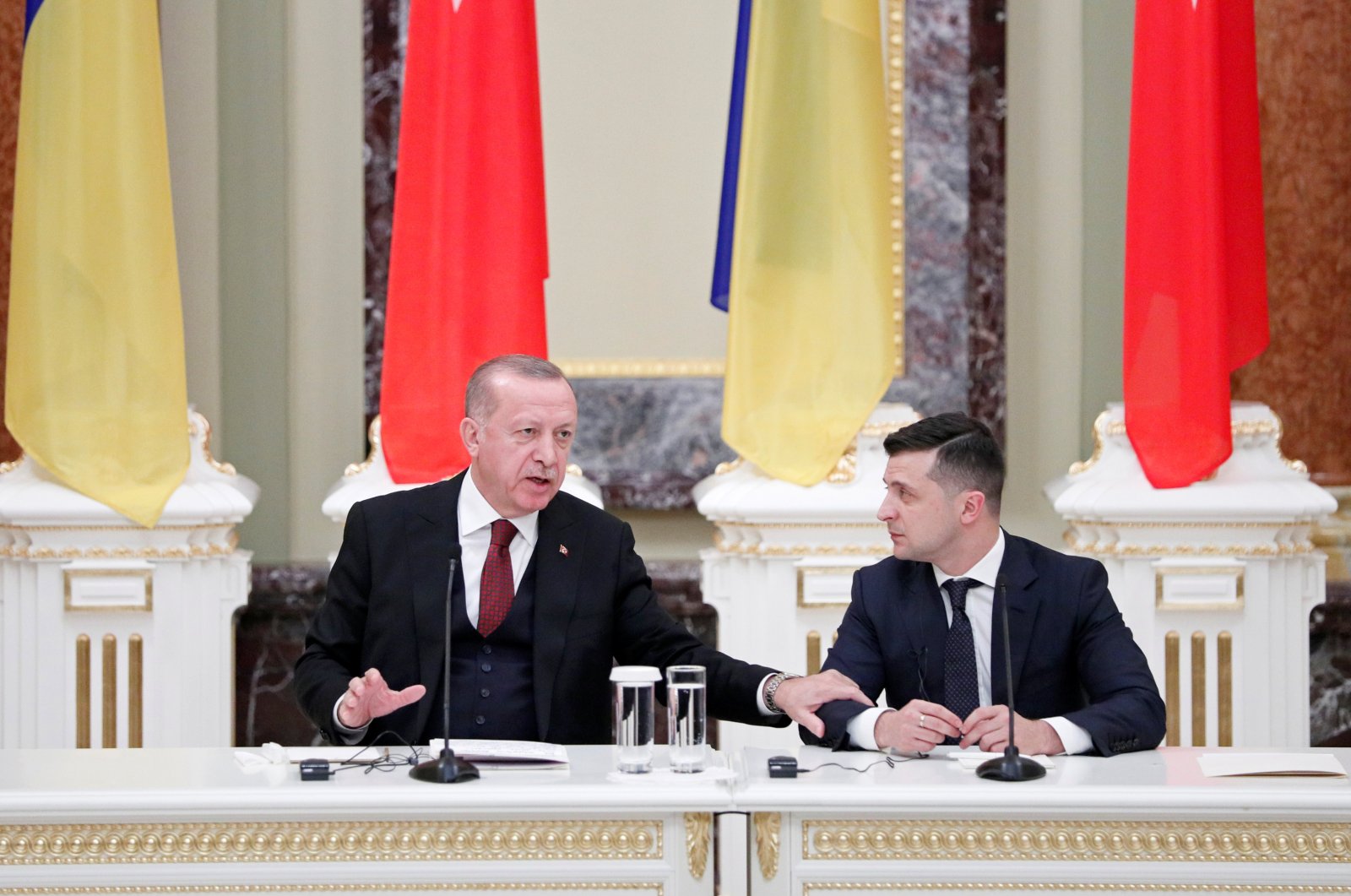 President Recep Tayyip Erdoğan on Monday discussed with his Ukrainian counterpart Volodymyr Zelenskyy the ongoing developments and efforts to establish a safe corridor for exports of Ukrainian agricultural products by sea, according to Azerbaijan in Focus, reporting Daily Sabah.

Erdoğan told Zelenskyy that Turkey was making every effort to ensure the continuation of negotiations between Ukraine and Russia, repeating the country’s readiness to provide more support for any peace efforts, including mediation, the Communications Directorate said in a statement.

“Held discussions on cooperation in the security sphere. Unanimously agree on the need to restore peace. We appreciate Turkey’s help in this process,” he wrote.

Erdoğan also welcomed, in principle, the idea of making Istanbul a headquarters for an “observation mechanism” between Moscow, Kyiv and the United Nations, the statement added.

Putin on Monday said Russia was ready to facilitate the unhindered export of grain from Ukrainian ports in coordination with Turkey, according to a Kremlin readout of talks with Erdoğan.

Ukraine’s Black Sea ports have been blocked since Russia invaded in February and more than 20 million tons of grain are said to be stuck in silos there. Moscow says the chilling effect of Western sanctions imposed on Russia over the war has disrupted its fertilizer and grain exports.

Russia and Ukraine account for nearly a third of global wheat supplies. Russia is also a key global fertilizer exporter and Ukraine is a major exporter of corn and sunflower oil.

The conflict is fuelling a global food crisis with prices for grains, cooking oils, fuel and fertilizer soaring.