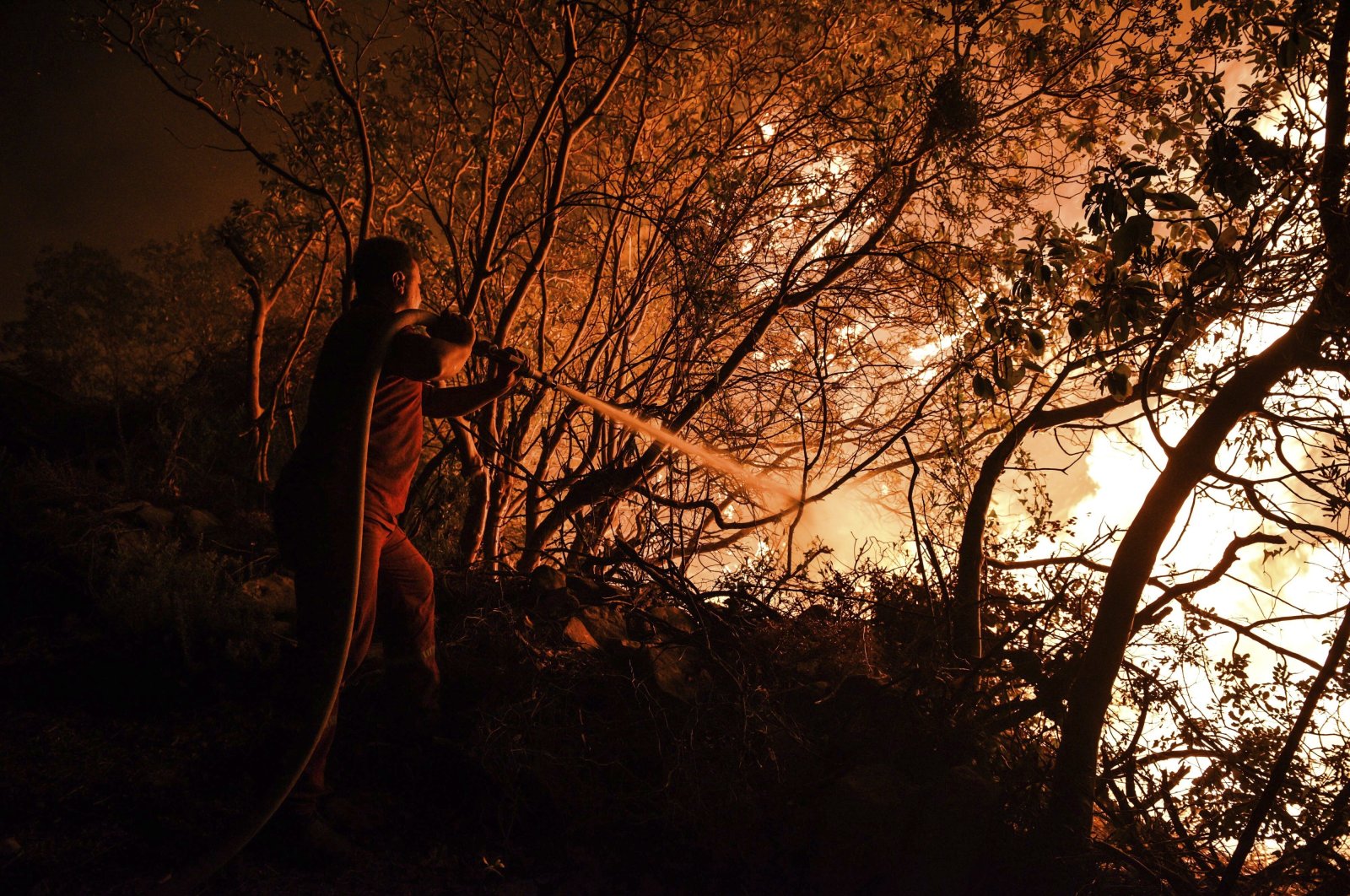 A firefighter battles with fires near the town of Manavgat, in Antalya province, southern Turkey, July 30, 2021. (AP Photo)

The Delegation of the European Union to Turkey Friday released a statement regarding the wildfires taking hold of the country, expressing that it “commiserates with Turkey.”

“We are fighting this war with all our firefighter heroes and state institutions; selflessly, elaborately and with full force for our future. We have all the prayers from Turkey with us. We are hurt. We will put it out.” Minister of Agriculture and Forestry Bekir Pakdemirli, said on Twitter.

The EU delegation expressed that it was deeply saddened by the wildfires that struck various locations across Turkey and offered its condolences to the family and friends of the deceased and wished those battling the flames luck.

“We are deeply saddened by the forest fires that occurred in different parts of Turkey. We offer our condolences to those who lost their loved ones and wish strength to the teams which fight against the fires. The European Union share Turkey’s sorrow,” it said.

Also, Azerbaijan’s president on Friday extended his condolences to his Turkish counterpart for the losses of life in forest fires in Turkey this week.

Addressing Turkish President Recep Tayyip Erdoğan, Ilham Aliyev voiced his deep sorrow over the ongoing blazes in various provinces of Turkey as well as their consequences.

In a statement, he said he hoped that the Turkish nation would soon overcome the fires with the help of decisive steps by the government.

“The Azerbaijani government and nation stand in solidarity with the fellow Turkish nation, as always,” Aliyev said.

Extending his condolences to the families of those who died in the fires, he also wished for a quick recovery to the injured.

Aliyev also gave instructions to dispatch teams to support Turkey in extinguishing the fires and getting them under control, his adviser Hikmat Hajiyev said in a written statement.

Dozens of fires that broke out in at least 21 provinces of Turkey, including several Mediterranean provinces, have been plaguing the country since Wednesday.

Three people lost their lives and 138 others were affected by wildfires in the Mediterranean coastal city of Antalya, including one who was seriously injured, said the Disaster and Emergency Management Authority (AFAD).

This article originally appeared in DAILY SABAH on 30 July 2021.